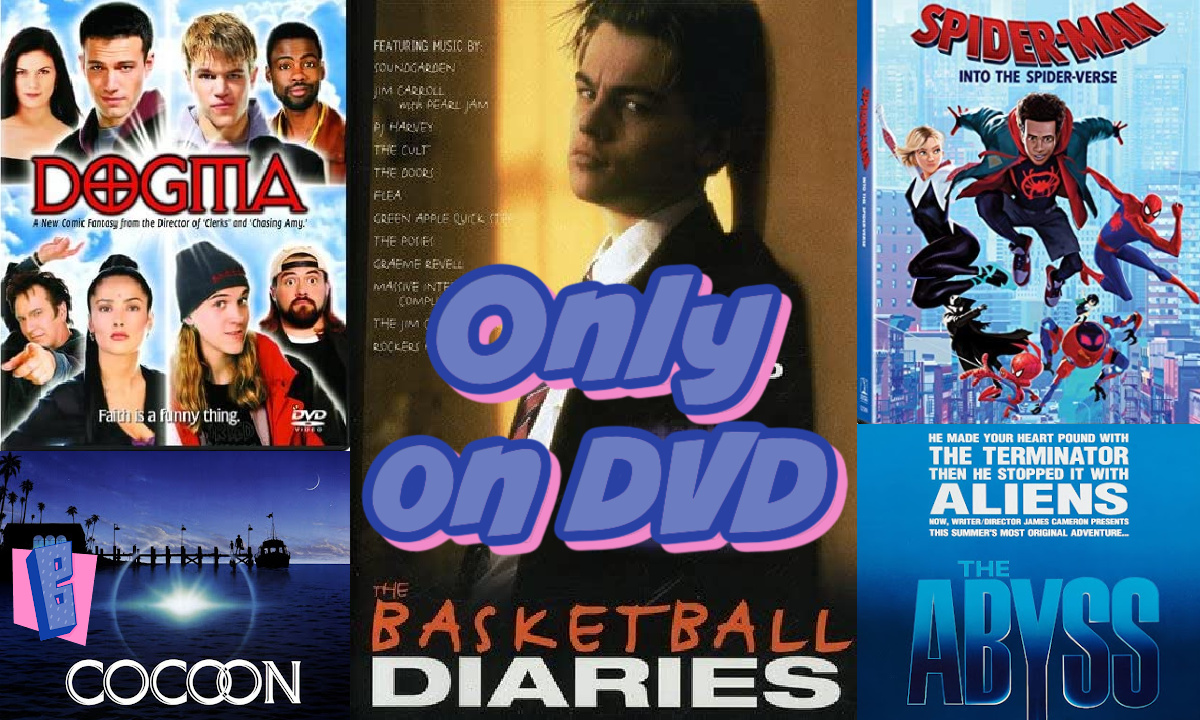 There are some all-time great movies not on streaming! It sounds ridiculous, but the only way to watch these five films is on a disc. Here’s where you buy them.

You can basically stream anything and everything, or so you thought. With so much content that is borderline overwhelming, its easy to overlook what is missing. What about those all-time great movies that just never seem to stream. You’ve waited and waited for them to become available to stream, but they aren’t and may never be. How about a movie you love that was previously available to stream for years, but now is gone? We’re looking at you Spider-Man: Into The Spider Verse. We’ve got 5 great movies not on streaming and where to buy them!

These five films are all amazing and I’d love to be able to stream them whenever and wherever I want. But that’s not possible, so I found the hard copies. Break out your DVD player and invest in these movies! BuzzChomp is an affiliate for referrals to the items listed below, so you’re helping us deliver great content by helping yourself with great deals.

5 Great Movies Not On Streaming – How To Buy

Spider-Man: Into The Spider-Verse

For a long time, you could stream this film on Netflix. Once it left Netflix, it was nowhere to be found. It’s shocking, especially with the much anticipated sequel coming out this year. Definitely worth a buy, especially if you have kids!

Dogma is one of my favorite Kevin Smith movies. The cast is awesome, the story is hilarious, as well as clever. It boggles my mind that you can’t stream this anywhere!

It’s shocking that James Cameron’s The Abyss is not streaming anywhere. Considering his popularity, as well as the new Avatar film, it feels like now would be a prime moment to get this bad boy on some streaming service!

This is a surprising one for me. How can this movie not be streamed anywhere? I loved this movie growing up. Leonardo DiCaprio is absolutely fabulous and there are so many other great actors in this film. I already own this one on DVD.

Another shocking film that can’t be streamed, by the great Ron Howard too. It’s a fun take on the fountain of youth with friendly Aliens.