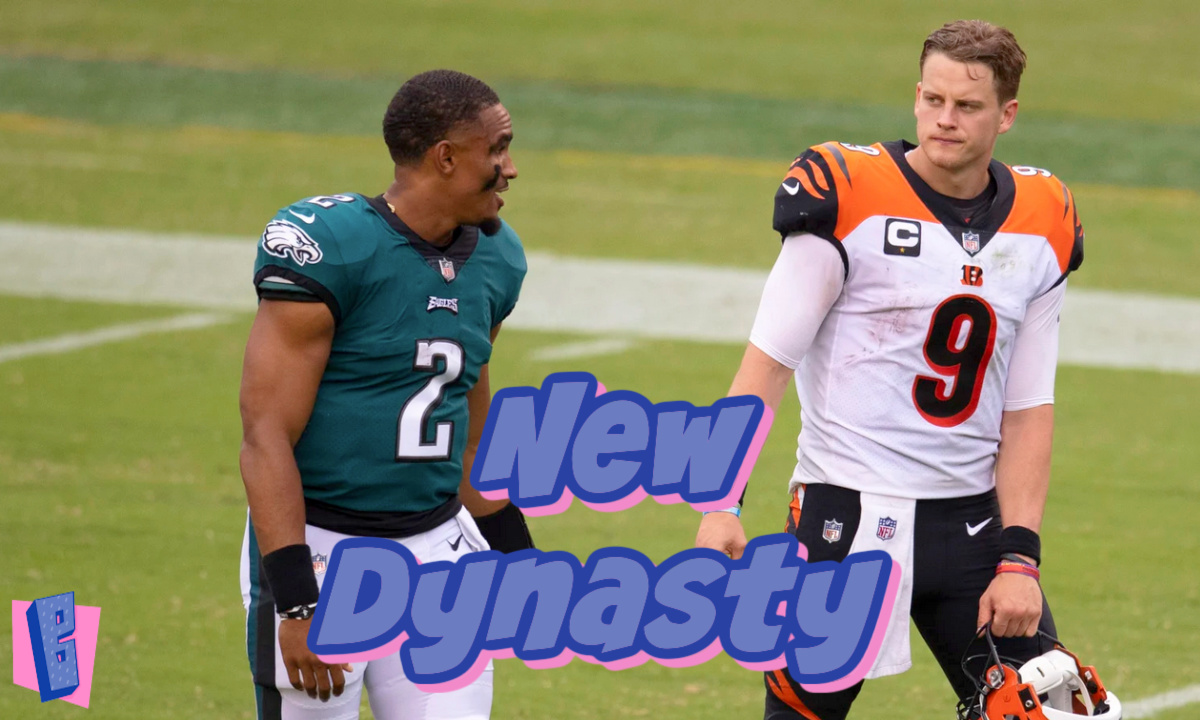 Despite a wild regular season, the four best teams prevailed and dynasties new and old rule the NFL Conference Championships. Parity appears dead, so among the elite, who holds the edge?

With all of our talk two weeks ago of the playoff field being the haves versus the have-nots, we were still waiting all weekend for the parity and general unpredictability of the league to rear its ugly head. It never happened and the NFL Conference Championships are chalk. There was a clear top six among the 14 playoff teams and those were the final six teams alive in the postseason. Sure, that was partially thanks to a scheduling quirk that had CIN-BUF and DAL-SF as the Sunday games instead of Saturday games, but still. The top six were the final six teams alive. Now the top four are the final four teams alive.

No surprise outcomes doesn’t mean there were no surprises. Seeing Patrick Mahomes go down with injury and return clearly hobbled was a game-changer. How healthy will he be for the conference title game? Seeing Cincinnati completely handle the preseason favorite Buffalo Bills was neat. Will such a strong defensive showing carry over if the weather is better? Just the fact that we are given a repeat of last year’s AFC championship is kind of surprising. That doesn’t normally happen in this league.

More BuzzChomp: 5 Great Movies Not On Streaming and How To Buy Them

On the NFC side of things, Philadelphia offered little in the way of surprises, but San Francisco may have revealed more than it wanted against Dallas. Many were crowning the 49ers as having the most fearsome offense in the postseason thanks to how versatile all of their skill players are. Going up against a rather strong Dallas defense, though, showed what issues still remain. Is this actually the best all-around club or is it just the one with the most varied potential outcomes on either side of the ball?

We are left with the four best teams, essentially destroying the idea of parity in the NFL. Three of our final four teams are returning to the NFL Conference Championships from last year. Call them mini dynasties. With all juggernauts remaining, who holds the edge, if one exists?

Todd Salem: Chalk Can Be Fun Too

Who holds the edge among all of the chalk? In the AFC I really like the way the Bengals are playing right now. Obviously, Mahomes’ health is the biggest factor in the title game, but I give Cincinnati a good chance even if Mahomes says he’s playing with no limitations. Nothing beats a great rematch and this one is as fun as it gets.

In the NFC, do you trust Brock Purdy to make plays to win a title game? I know he’s gotten the Niners this far, but it still feels like the smoke around him is a little overblown. He’s been fine. He’s certainly been great for a third-string quarterback who was the final pick in his draft class. But we are no longer comparing him to those standards. Now the question is how good is he compared to the three best teams and other quarterbacks remaining in the league. And he’s clearly the fourth-best out of four.

Also on BuzzChomp: The Last Of Us Premieres With A New Chosen One

That’s not to say he can’t make winning plays. But I’m slightly worried if I’m San Fran after seeing the running game struggle against Dallas. Philadelphia is the number one pass-rush team in the NFL by a wide margin. They are going to get pressure on Purdy. If the running game can’t control things for San Francisco, Purdy is going to be scrambling for his life.

On the flip side, the Eagles play much better from ahead. The San Fran defense is certainly the best it will have faced, perhaps all season long. Do we trust this offense if they are playing catchup for once or can’t get anything going in the first half? And what if they can’t run the ball? The Niners were the number two rush defense in the sport. Philly doesn’t really have a backup plan.

With that said, these final four teams are really the cream of the crop. The NFL regular season felt as wild as ever, and yet this grouping is as “chalk” as we could possibly have gotten with all things considered. There is really no bad Super Bowl matchup regardless of which teams win this weekend.

Dan Salem: Parity Is A Lie

I don’t know how the NFL pulled this off, but they always seem to. The NFL got tons of regular season parity. It was like everyone was good and no one was truly awful. Even the best teams were vulnerable enough to warrant a question as to who would win against them each week. This was the regular season. Now in the playoffs there is zero parity. It’s dead, never existed, and the top teams are all in the final four. Chalk prevails and three of the final four are back in the NFL Conference Championships from last season, meaning dynasties new and old prevail. Bravo.

Did anyone outside of the top six teams EVER have a legitimate shot at reaching the final game before the Super Bowl? Heck, it appeared that even Buffalo and Dallas never truly were “good enough” to advance past the division round. So we are left with four dynasties, be they short or long or newly developing. Kansas City has been here for what seems like forever. The Bengals are back, defending their AFC title from last season. The 49ers are also back, hoping to avenge their loss a year ago. Only the Eagles are newbies, but they don’t feel like it and are likely here to stay in the NFC championship conversation. Our four best teams face off, so let’s get to the meat of things. Does anyone hold the edge?

Mahomes will be playing with an injured ankle, so unless miracles are worked or the Bengals poop the bed, Cincinati will be returning to the Super Bowl. No question in my mind that Cincinnati holds the edge. I liked them before the injury and now love them after it. The Bengals are more balanced and complete and also have the experience. Their blossoming dynasty is young compared to Kansas City, but these are the two best teams in the AFC. Sorry not sorry in the least Buffalo.

I also give an edge to the Eagles, despite San Francisco being the team returning from last season. Perhaps I’m just waiting for Purdy’s bubble to burst and for him to show some resemblance of rookie jitters and or mistakes. To his credit, Purdy has shown zero indication of this happening. He’s playing well and making few to no mistakes. San Francisco has a complete team and a great defense and running game. So do the Eagles, but a healthy Hurts is way more dynamic right now than Purdy. I also believe AJ Brown catching deep balls trumps Kittle and Debo. This will be another close game for the 49ers, but one in which they ultimately fall short. Eagles versus Bengals in the Super Bowl. Bird versus cat. Green versus orange. Perfect “opposites” face off on Super Sunday.