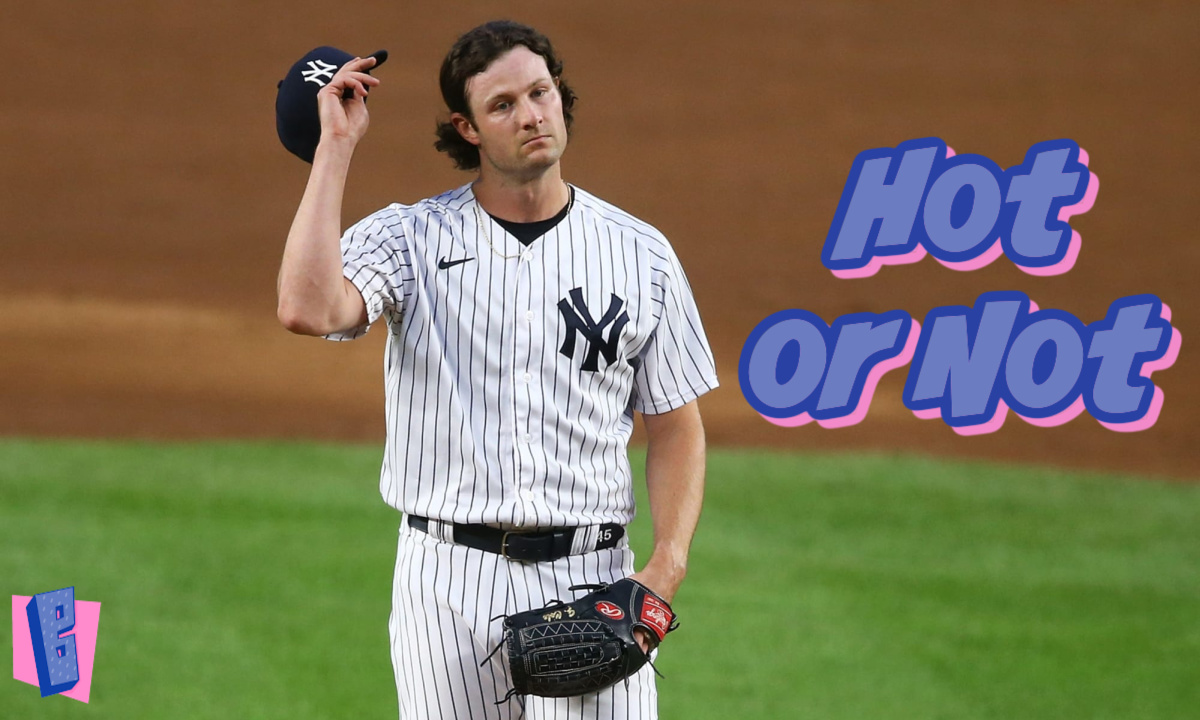 We all know the New York Yankees are good, but are they good enough or any better than last year? In a make or break season, the Yankees face doom and gloom as ever roster hole threatens to burst.

The baseball season gets underway on April 7th, with our New York Yankees facing a make or break season that must be better than last year’s clunky playoff exit. Opening Day will see nine games, beginning at 1:00 PM eastern and running into Friday morning, east coast. That’s a lot of baseball! Though it isn’t the full slate of 15 games, it is good to see the season get going and our boys in pinstripes leading things off, or it was until weather pushed us a day.

The first game that was to be played has the New York Yankees host the Boston Red Sox, with Gerrit Cole on the mound for the home squad. Cole represents the main starting pitching attraction for New York, a team with a lot of questions up and down its roster. How do we feel about the Yanks heading into the year? One the one hand, this was a good team last season that has added many noteworthy players. But on the other hand, this team has the same holes as before in an even more competitive division. The New York Yankees must overcome doom and gloom to give us fans something to cheer about in October.

The Yankees have obvious strengths to feel great about. Our bullpen should be really good, as has been its calling card for years now. The top half of the lineup should also be a huge strength. Assuming health, the top five in the everyday lineup is one bopper after another. That doesn’t include a likely bounceback for Gleyber Torres and the substitution flexibility of DJ LeMahieu.

But there are major areas of concern. The depth of the lineup simply isn’t there. We are currently projected to run out Aaron Hicks as the everyday center fielder, with no one to challenge him unless Giancarlo Stanton shifts over to the outfield from DH and we get a completely different bat in the lineup. Isiah Kiner-Falefa is also at least a major part at shortstop. He could be there every day if Torres is going to stick at second base. Falefa is a nice player, but even different statistical measurements disagree on how good he actually is defensively, which would be the main reason to have him in there over a Torres and LeMahieu pairing.

And then there’s the catcher position. Gary Sanchez had been terrible for a while, so a change had to be made. But Brian Cashman and company essentially decided to roll the dice with a slew of replacement-level players, hoping one earns his keep framing and controlling the staff, if not with the bat.

On the pitching side, Cole will need someone to step up after him. That could easily be Luis Severino, but we don’t know what Sevy will actually provide after so much time off. If Severino does not materialize into the second arm, the rotation becomes Cole and a bunch of fourth starters. It won’t be enough.

For a team running out the third-highest payroll in the league, this is a roster that should certainly vie for the postseason, but it is worrying how many holes still remain. It is easy to see why many are upset with Cashman this offseason. Ownership spent, but did it really get its money’s worth?

Besides questions in-house, the other issue stems from the depth and talent of the AL East. This could be the best division in baseball, with four squads truly believing they are championship contenders, let alone vying for a simple playoff berth. In fact, Fangraphs gives only six AL teams better than a three percent chance of winning the title. Four of the six are the non-Baltimore east squads.

New York is being given the third-best title odds in the AL and the fifth-best in all of baseball. This team is not bad. It just feels like there could have been better moves made to improve the product on the field with the same payroll level.

I felt pretty good about the New York Yankees until you started asking and laying down facts and such. Now I’m wondering if they are even good enough to make the playoffs, let alone contend for an American League pennant. But before I go all doom and gloom, I must rehash my initial good vibes about our team in pinstripes. New York was a playoff team last season, albeit a flawed one that never really grasped true championship potential. There were too many holes and the Yankees exited early on script.

In 2022 our New York Yankees have made many many offseason changes, but until you started pointing them out, I had not considered that they might not actually make this team better. If New York isn’t better than last year, then they are doomed to once again be eliminated early, well in advance of the World Series. Sure, the American League is loaded, but that’s fairly inconsequential. The Yankees had big holes and now I’m thinking no one patched them.

Two major red flags stand out, both of which you noted. New York has an ace pitcher and then a potentially large gap in talent before you reach the next man in the rotation. The Yankees also lack depth in the field, if not also in the lineup. Our team has chosen to address the first issue by starting the season with 16 pitchers, leaving only three bench players for depth, if you can call it that. Ideally those 16 pitchers get whittled down by early May, so the Yankees can add to their nonexistent depth off the bench. But how likely is that to happen? What if it takes a month or more to sort out the pitching staff? What if they need more depth immediately? None of this bodes well for a strong start to a make or break season.

As I said originally, I was feeling pretty good about the Yankees in 2022. They return a very good team that added several noteworthy pieces this offseason. No one is gone that hasn’t been or can’t be replaced. All things being equal, if the Yankees are better and everyone else is the same, then woo! If that isn’t the ultimate homer point of view, am I right? Since you felt the need to poke me with the reality stick, my expectations are significantly tempered. We have a very good team in the Bronx, but I’m not so sure those same holes from last year have been plugged. My gut says only about half were patched with someone strong enough to hold it together all year.