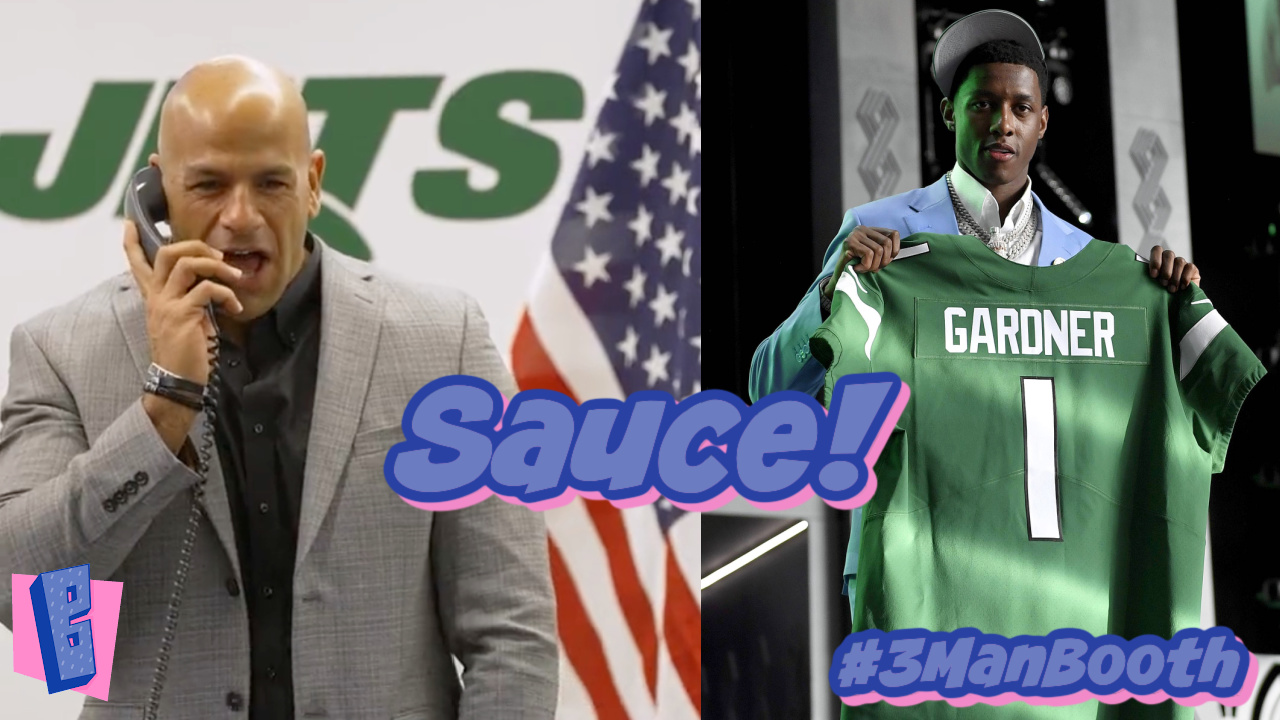 What a first round! The New York Jets steal three star players and the Giants come up huge as well. Boom with the Sauce in New York. This is the 3 Man Booth.

Both the New York Jets and New York Giants had monster first rounds, but first our Jets. New York stole three future star players, starting with Sauce Gardner at number four. The defense was not good last year and now they have a Darrell Revis type player. Next the Jets snagged wide receiver Garrett Wilson at ten, who will go great with Elijah Moore. Finally, New York trades up to get Jermaine Johnson, defensive end. He was a top 10 pick and they swoop in and steal a tremendous player, a perfect fit for this defense. We are beyond excited with what the New York Jets did in round one of the draft. Watch our take and then scroll down for the Giants. 3 Man Booth.

Watch: Our take on the New York Jets Star Studded 1st Round

Watch: Our take on the New York Giants Glorious 1st Round

Now for our boys in blue. The New York Giants had a great draft. BOOM! They stole Thibodeau, defensive end, at five. Then the Giants snag Neal, the offensive lineman, at seven. New York needs to protect their quarterback better and give him a chance to succeed. They did that as Neal’s an immediate first day starter. Very very positive for the New York Giants who did a great job. Totally nailed round one of the NFL Draft. 3 Man Booth.

Your ‘3 Man Booth‘ is the only sports talk show that’s 100% football, straight out of the fan’s mouth. Dan Salem with Phil and Bud. Comment with your thoughts on the New York Jets and New York Giants. Will our suffering continue? Of course it will, as there is no end in site, unless you count the playoffs. At this rate our teams will always be sitting at home. Bud’s a pessimist and he saw it coming. Phil and Dan attempt optimism, but its so darn hard with these two football teams.

Whose your favorite NFL team? What’s your favorite way to watch? Let us know and we’ll mention it on the next show! Be sure to check out BuzzChomp on Instagram for a new way to watch the show all in 30 seconds of NFL glory.