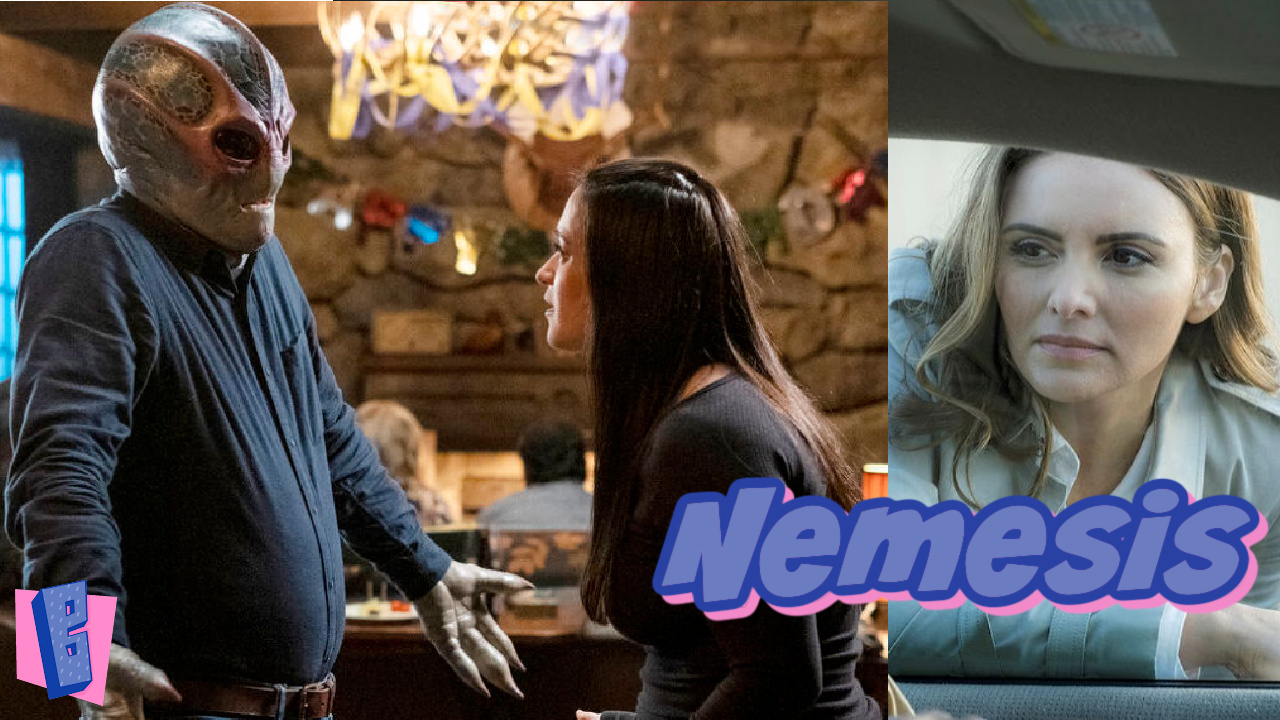 Harry is going to have to save the Deputy from this even more evil alien species, his interstellar nemesis. Also, he must save Dr. Ethan from the Men in Black and his alien baby from everything. Resident Alien season 2.

Now we have other aliens and a baby in Resident Alien season 2. Harry’s nemesis is revealed and the Men in Black get in the way. Harry does all the normal human things too, like be a dad, eat your feelings, and take drugs. But if Harry was going to kill all humans, how can his nemesis be worse?

Not only does Harry have alien family in New York, but he has a human daughter! Liza brings battle scars, similar to our Deputy’s lost memory and Asta’s maternal struggle. Resident Alien season 2 puts family first, tearing open scars that will never heal. Oh, and the CIA has Harry’s alien ball. It’s all coming full circle in episode 5!

How many freaking aliens are there? Who in the CIA is an alien? The UFO conspiracy is blowing up in Resident Alien season 2 as Harry’s cousin the octopus dies and the murder plot he was involved in as a human gets exposed. It’s off to New York where another alien is a famous artist. Too bad there’s never enough pie for Harry. He took LSD.

Harry was gifted an alien baby egg and its about to hatch! He found dead Goliath in NYC with Asta, who gave birth. Harry then murdered the CIA lady who was on a killing spree, in order to protect his newly adopted baby alien. Everything in Resident Alien comes down to parenting, or lack thereof. Alien babies!

Is she REALLY dead? The Men In Black invade Resident Alien as an evil alien species starts killing in episode 8. Harry does a mind sync with Goliath to reveal his interstellar enemy, all while failing to control his new baby alien. Harry is going to have to save the deputy from this even more evil species, as well as Dr. Ethan. No one deserves that.

More from BuzzChomp: The Dropout is Insanely Gripping and Too Real