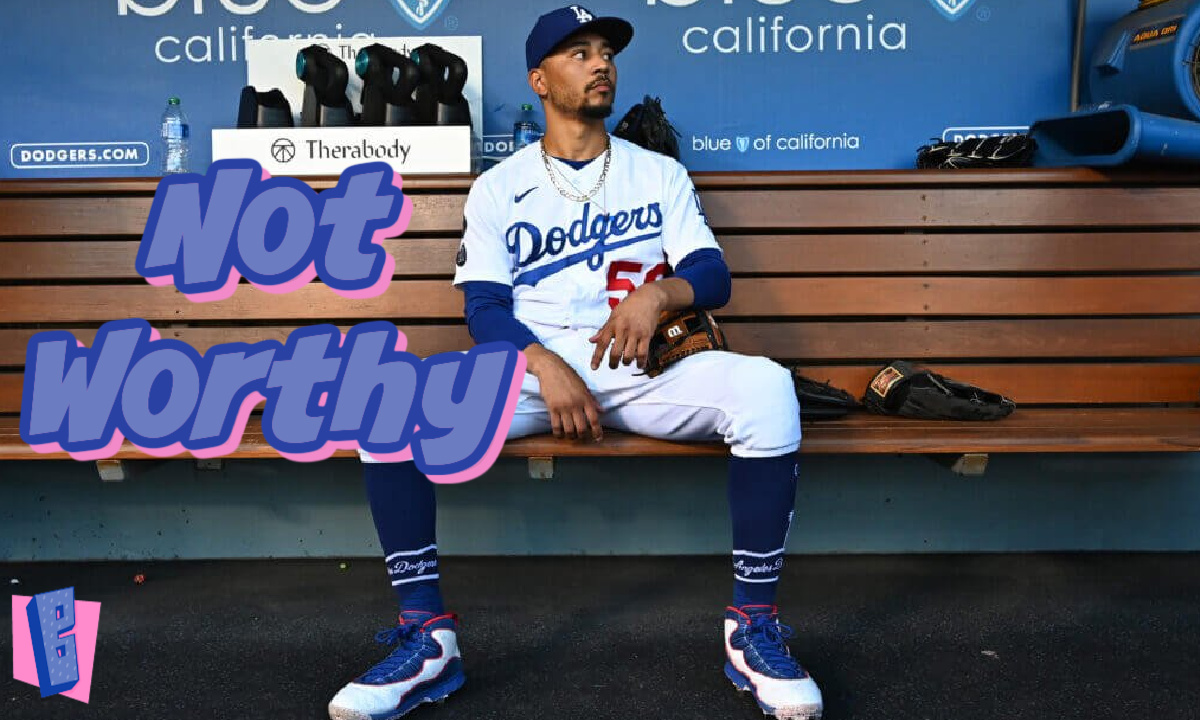 There is no consensus atop Fantasy Baseball 2022 draft boards, but four star players are making the most noise. Their risk is through the roof and avoiding them is favorable. Yet, you can’t win by playing it safe.

The start of the baseball season is nearly here. It will be a week later than hoped, but a full season is still scheduled. That’s a win for everyone. With the start of the season come fantasy baseball 2022 drafts, and boy, is this season a weird one.

For the first time in a while, there is no consensus player or pair of players deemed the best to draft. In snake drafts, there is no clear, number-one pick. In auctions, it is hard to tell who deserves the largest contract. We have hit a superstar lull. Just look at the consensus rankings for the top guys. According to Fantasy Pros, which combines rankings from a number of different sources, four different players have been ranked first overall. All four have also been ranked as low as fifth on someone else’s rankings. The consensus is there is no consensus.

A main reason for the uncertainty is injury. Three of the normal contenders for top player are out or recovering. Ronald Acuna may not be at 100 percent for another month or so. Fernando Tatis is out at least half the season after surgery. And old reliable, Mike Trout, is coming off major injury concerns and may not be the full-season player he once was. Even Mookie Betts has fallen off the top line and isn’t considered one of the elite anymore in fantasy. Do you avoid all four of these former fantasy stars?

Another reason for the lack of consensus in rankings is the lack of consensus in how Shohei Ohtani is handled. In leagues where he is both a hitter and a pitcher, where leagues have daily lineup changes, he should absolutely be the first player selected in drafts. He is two All-Star players in one! But in leagues where he is not 2-in-1, or managers cannot move him in and out of the pitcher spot each day, he is something less. These are league settings that single-handedly change the top of the draft board. This begs the question, if Ohtani isn’t the answer, and the top of the draft is muddled, does it actually make more sense to target the former top guys since their values are as low as they’ve been? Or do you avoid these stars entirely?

I fall into two camps. It is often helpful to divide people into neat, little groups, but I don’t think that works here. I’m out on Acuna and Tatis, at least in terms of where they are being drafted now in one-year leagues. (Keeper leagues obviously have many more factors at play.) I don’t want to spend a large portion of my budget on someone guaranteed to miss so much time. We are being quoted injury time frames that are just estimates. Acuna may not be an everyday player until midseason. He may not run like he used to at any point this season. His price is discounted right now, for sure. But I don’t even want to pay for 5/6 of Acuna because that isn’t what I’m likely to get.

For Tatis, it’s a similar story. Don’t charge me half price for Tatis if half a season is the best-case scenario and doesn’t factor in any decline in skills once he does return. With a top 100 pick, I am expecting to get an everyday player for six full months. Injuries happen, but it would be like drafting Kyle Schwarber (consensus rank 101 compared to Tatis at 99) and agreeing to bench him for the first 90 games of the year. I do not want to willfully accept such a detriment.

With Trout and Betts, I’m on the other side. I may actually take them a bit earlier than consensus. They are ready to go for the season and have peerless resumes. The only thing standing against them is father time. Sure, that could result in another lost season for Trout or another step down for Betts, but we aren’t signing up for that ahead of time like with Acuna and Tatis. The latter two have zero chance of being the top player in fantasy. Trout and Betts are still in the conversation.

Fantasy baseball 2022 needs its star players back! Pitchers seem to fluctuate at the top every one to three years now, with no guarantee that last year’s Cy Young contender will even approach such dominance this season. Relief pitchers fall into two categories. There are probably five to ten players in the category of, hell yes I’m keeping this job and doing it well all season. Then there’s everyone else, because any one of those guys might slip into or out of a closer roll by mid-June. At least with the batters we know who the everyday players are, but the names you know are no longer ones to rely upon.

When avoiding star players, we must answer one simple question. Are they worth the price of admission? Most fantasy baseball stars are going to have a good season, but if it’s not great, then it’s not worthy of your top pick or max bid. Mike Trout and Mookie Betts epitomize this dilemma. Both are going to have good seasons, but will they be top ten players? Our experts consider them both fringe, ranking them 11th or 12th on average. Neither player has my trust this year, but who exactly is going to play better? We don’t know!

I simultaneously cannot justify selecting either Trout or Betts with a top ten pick, while also feeling like they each have the best chance of being a top ten player among those in the top twenty. Baseball is simply infuriating. Avoid these two star players, unless your entire league gets caught sleeping and you can draft them on the cheap. They are fool’s gold within the top fifteen selections or near the top price of an auction, because the chance of another decline is high for both players. You are more likely to lose them by midseason than most, meaning you better flex with a mid-season booster player.

Tatis and Acuna have entered the chat. The opposite is true of these two players. Unless your league is caught sleeping by drafting them too early, then absolutely pick them up late for a midseason boost to your roster. Baseball seasons are very long, so drafting someone for the second half is a solid move, so long as you don’t mortgage your first half roster to get them. Can you possibly get Trout cheap and Acuna cheap? This is the flex goal of the draft. With everyone aiming for this, don’t get caught in a bidding war.