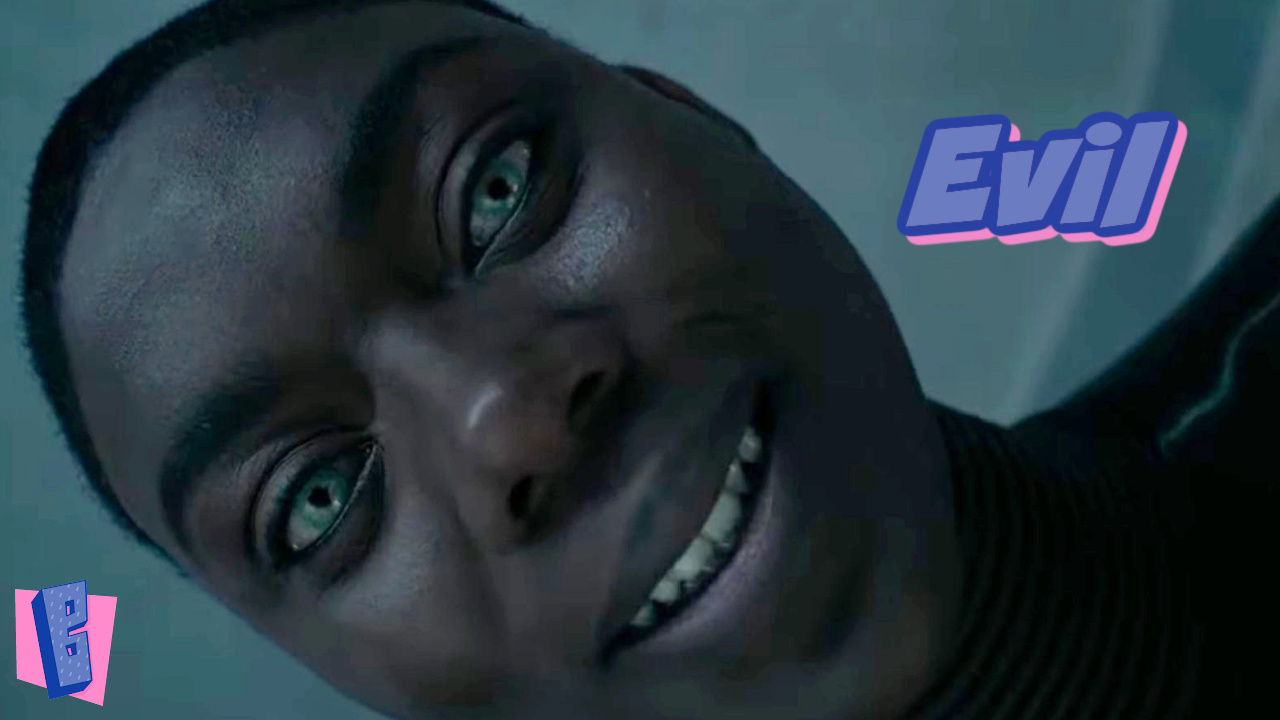 We thought Sol versus Athiests was a war as old as time, but Raised by Wolves season 2 gave us an evil awakening. Sol is a real entity and our ancient android from the first Mithraic is evil, transforming humans into creatures to “save” them. Consider this planet the ultimate trap.

The entity known as Sol impregnated Mother with a code and she gave birth to an insane serpent. Marcus led his followers of Sol to uncover ancient relics, which activate with song and turned Sue into a tree of life. Cue the serpent eating the tree and evolving into an all-powerful dragon. With the entity running wild, Father’s new friend Grandmother android must once again save humanity… by evolving them into the acid mermaid creatures! Evil grandmother traps Mother and somehow Marcus becomes the entity with the help of another relic. Raised by Wolves was nothing that we could have expected.

Watch my Reaction to Raised by Wolves S2E5

The planet of Raised by Wolves season 2 is literally evolving everything and everyone who resided upon it. Marcus went down an elevator to hell within one of Sol’s temples and activated a humanoid alien with the tooth of King Sol, only to have it evolve into those creatures. But Mary had to talk to Sol and capture the creatures (acid mermaids) in order to save Paul. All this and Father hiding the ancient android with her own evolved super powers. What or who will evolve next? Raised by Wolves season 2.

Watch my Reaction to Raised by Wolves S2E6

Sue turns into a freaking tree! She activated the stolen seed of life with a Mithraic lullaby, then made the prophesy come true by planting the seed. She grew into the tree of life. Hurting its seed hurt Mother’s baby serpent. The ancient android grandmother speaks Mithraic and was activated by Campion’s belief in Sol. Some powerful magic going on as the acid mermaid steals Tempest’s baby. All of the creatures are former humans! Raised by Wolves season 2.

Raised by Wolves Season 2 Ep7: Technocrats vs The Entity

Watch my Reaction to Raised by Wolves S2E7

Technocrats versus The Entity, also known as Sol. The Entity known as Sol, which “lives” inside this planet, impregnated Mother with a code. It broadcast it across the universe, just like it burrows into the minds of humans. Mother gave birth to a serpent, which then ate Sue the tree. It was like a DNA booster, because it immediately evolved into a magic super dragon! Raised by Wolves season 2 is not screwing around.

It appears all of the creatures on this planet are former humans, evolved by the entity (Sol) into something unrecognizable. One of the creatures was breastfeeding Tempest’s stolen baby. The technocrats were humans living on this planet for a very long time, and they’re still here. Mother must convince the Mithraic android from the Technocrats, Grandma, to reprogram her so she can fight her child the super dragon serpent. What appears evil is simply survival of the fittest.

Watch my Reaction to Raised by Wolves S2E8

Evil Grandmother AI helps humans survive at all costs, which means evolving them into the creatures which can survive on this planet. Even if you take down the entity in the process, pure intentions don’t negate evil means. Marcus freaking transformed into the entity, after a tree grew out of the serpent which mother killed. Grandmother trapped her in oblivion. Campion is becoming a creature. I don’t know how you stop the entity without becoming one of those acid mermaid creatures. Raised by Wolves had an epic ending.

More from BuzzChomp: The new Scream movie Nailed It