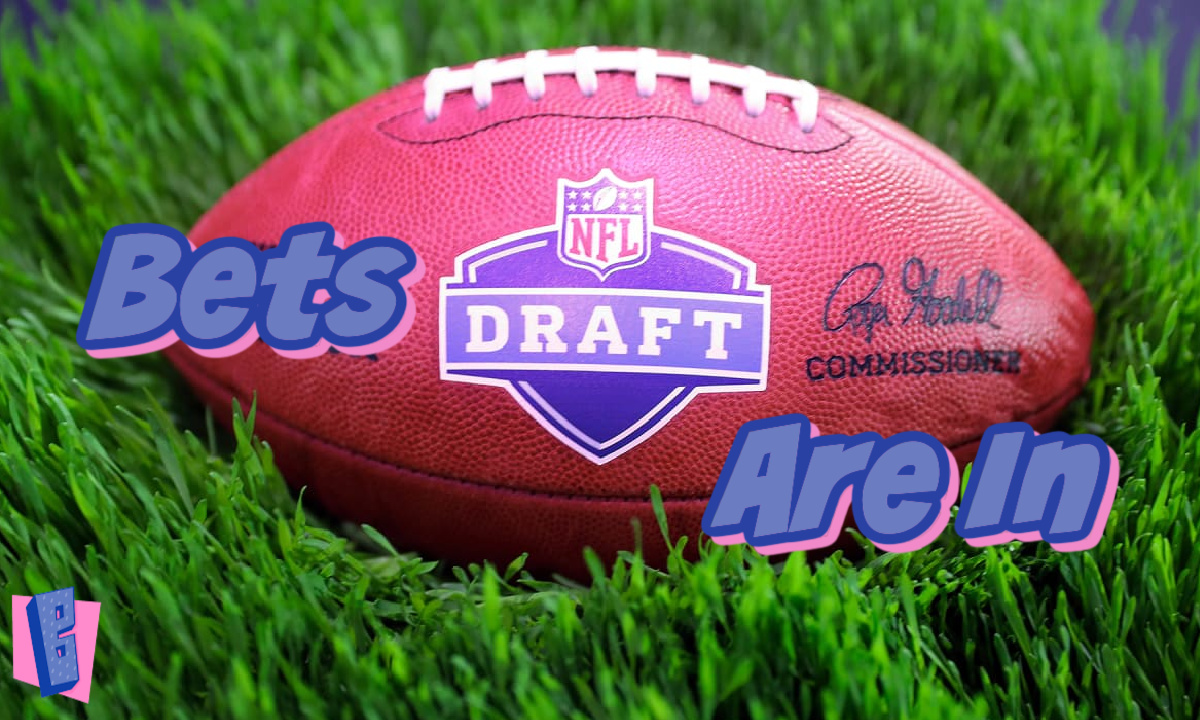 Betting NFL games is wicked fun, but NFL Draft betting requires bravery and a certain level of insanity. Do you dare wager on the impossible? Only the brilliantly foolish may pass.

As April winds along, the NFL Draft sits lurking at the end of the month. We are in the home stretch of pre-work. With that comes everyone trying to predict, project, and infer which picks will be made when. Is this even possible? It is arguably a fool’s errand, but it is big business, and the mock draft circuit is one of the most popular pieces of football content any time of year. What about NFL Draft betting? Can you pull it off?

Mock drafts themselves aren’t quite gambling on football. They are more like guessing football minutia. They are a gambling blueprint though. Or, at least, the scaffolding holding up potential bets come draft day. We know how much people wager on the games themselves, but what about the (potentially insane) idea of gambling on the draft? Is NFL Draft betting something fun to embark upon, or a truly foolish exercise in throwing money into the wind?

NFL Draft Betting: To Win or Not To Win?

As we all know, there is no football being played at the NFL Draft, but there are definitive outcomes that can be predicted and deemed correct or incorrect. That’s all one really needs to gamble. Of course, gambling on the draft is moronic. While info occasionally leaks, teams do not make their draft ideas public. Fans have no idea who teams are actually going to draft. Beyond positional needs and combine results, we don’t have anything to even go off of. Unbiased scouts and those ‘mock drafters’ make public who they feel are the most talented players at each position and where those players should be drafted. That often doesn’t correlate to where players end up being taken though.

The other issue is trades. Teams can trade a pick, moving up or down, at any point in the draft. We, as outsiders, have no idea when this will happen. That is a pretty big hiccup that is impossible to plan around! Say, for example, you know for a fact who a certain team would take at a certain spot. Well, sorry, but there is no guarantee that the team will remain in that spot, and your bet is worth crap if a trade is made.

There is just no way to viably wager on teams picking specific players come draft day. However, that doesn’t rule out all gambling on the event. Surely, there are places to wager on team-irrelevant picks: Player A will be taken in the top 10; X amount of players at this position will go in the first round; the first quarterback will come off the board at Pick Y; etc. So maybe there is a way to salvage gambling on the NFL Draft, as long as you aren’t Calvin Ridley.

You found your own way there, because NFL Draft betting is brilliantly stupid. On the one hand, as you said, it’s moronic. But on the other hand, we see the number one pick each year almost always go as planned. By the time April 15th rolls around, that pick is a virtual lock, so why wouldn’t you bet on it? What’s stopping you from reading the tea leaves as a person who’s not Calvin Ridley?

Nailing the number of first round quarterbacks goes hand in hand, as does wagering on when the first quarterback and running back are selected. There are patterns to follow and smarts to be applied to an otherwise “moronic” endeavor. What does Vegas say about these bets? Not much because the mock draft community has saturated the market. With so much conflicting information, Vegas is the big winner when it comes to NFL Draft betting.

This year in particular, wagering on the draft feels especially foolish. There is no consensus number one pick, unlike last year when we all knew Trevor Lawrence was being drafted first. Most everyone knew Zach Wilson was going to the Jets as well, making a bet on those selections easy money to win. It also means the odds were poor, so you had to risk a lot to win anything. This year we will see one or two first round quarterbacks taken, but no one can agree at which pick and by whom.

So many teams have multiple first round selections that multiple trades are inevitable. Why not bet on the number of first round trades made? I like the idea of betting on the position of Mr. Irrelevant as well, the last player selected in the draft. How high will a kicker be chosen? All of these wagers sound super fun to me! But they also come with super high risk. It’s brilliantly idiotic to partake in NFL Draft betting. May your foolhardy gambles pay off in massively unexpected ways.