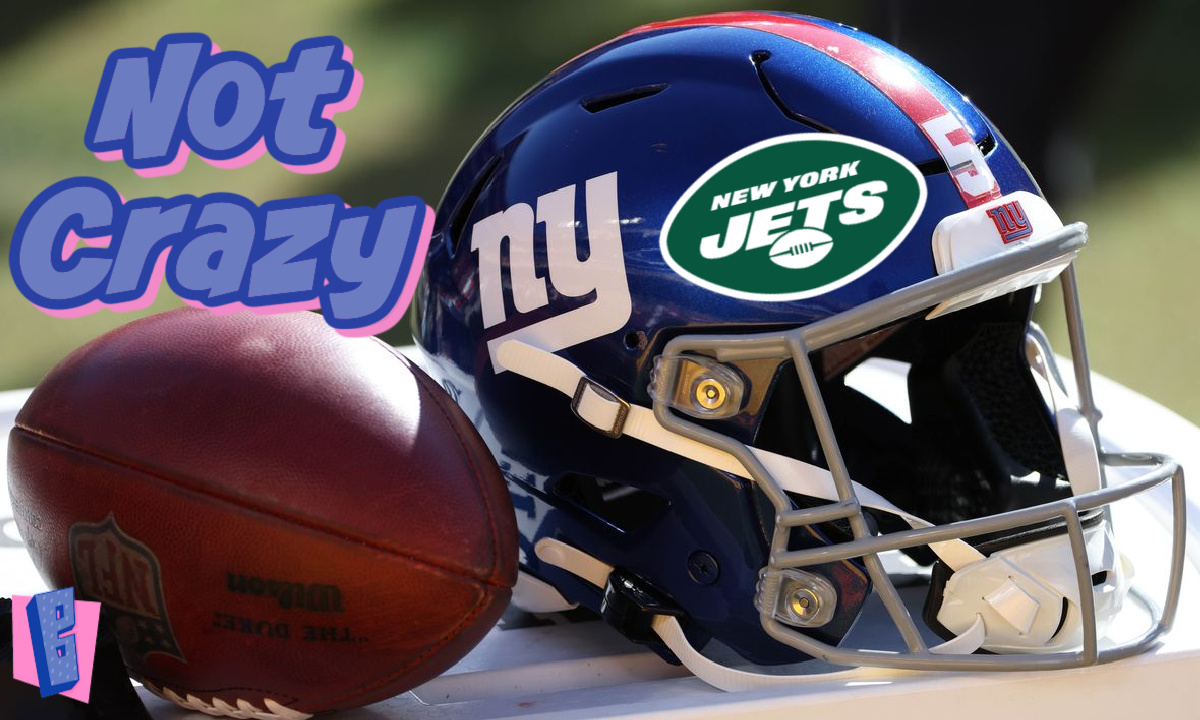 After years of misery, it was seriously a pleasure to watch the New York Giants and Jets make several smart decisions in a row. The NFL Draft was chock full of excitement for New York, so what are we missing? Two bad teams can’t possibly get everything right.

With the NFL Draft concluded, how did our New York squads fare? The New York Jets and New York Giants each had multiple top-10 picks, as well as a bevy of other selections to make. Despite all of the misery and missed opportunities of late, even these two football teams couldn’t screw up this draft. So what are we missing? Two bad teams couldn’t possibly get everything right.

There was a ton of excitement in New York on draft day. The Jets made a big move back up into round one, while the Giants traded down out of their spot in round two. Smart decisions were in ample supply. We outlined some best-case and worst-case scenarios last week, so how did things actually turn out? Todd Salem will once again address the New York Giants, with Dan Salem filling us in on the New York Jets.

How Great Were the New York Giants and Jets?

When it comes to those top-10 picks, the New York Giants hit on the exact, best-case scenario I outlined, though it wasn’t so far-fetched considering the positional talent atop the draft board. New York wanted to come away with one of the top three pass rushers and one of the top three offensive linemen with picks five and seven. They filled both categories, with Kayvon Thibodeaux as the former and Evan Neal the latter.

From there, however, things didn’t go as smoothly. The team decided to pluck an offensive play-maker in round two rather than address bigger needs. Wan’Dale Robinson is what they already have in Kadarius Toney. If the new regime wants to trade Toney, as rumors indicated prior to the draft, why is he still on the team after drafting his replacement?

The team’s third-round picks feel better served to their needs, but I actually thought there was a chance here to make a splash. Why didn’t the Giants pull the trigger on Malik Willis? I get that no one seemed to want him, but that was assuming he would cost a premiere pick. We had already long passed the time when his talent was worth the price. NYG did not pick up Daniel Jones’ fifth-year option, so we know he isn’t the guy moving forward. Maybe Willis could be if given a year to learn. Willis ended up being taken 86th by Tennessee, a team who will likely do the exact same thing, letting him sit for at least a year before seeing what they have. The Giants would have benefited immensely without sacrificing anything more than their fifth selection in the draft.

Overall, I give the Giants’ draft a B+. They nailed the two most important selections and added more line help and secondary help in the middle rounds. They also targeted a tight end who could develop into the starter sooner rather than later. Those are all great moves for a roster that had long strides to make. If they had instead added a lineman in round two and Willis in round three, I think it would have been an A+ draft.

Let me first say that I love how the New York Jets controlled the draft and got exactly who they wanted, when they wanted. New York took the best player available more often than not and was aggressive in securing their top rated players who other teams passed over. The Jets managed to achieve a best case scenario, while simultaneously doing things very differently than I envisioned.

I believed that the two best defensive backs would still be available later in the top ten, so I had New York go with a defensive end with their top pick. Instead, they passed over Thibodeaux and snagged Sauce Gardner. This is because they considered Jermaine Johnson on par with Thibodeaux and Sauce a true top five talent. Smart drafting in this case. The Jets selected the “second best” defensive back, but first on their board. Then they selected the “second best” wide receiver in Garrett Wilson, also first on their board. Finally, they drafted the “fourth ranked” defensive end, Johnson, who New York had tied for third on their board. That is a stellar first round.

More BuzzChomp: Fact or Fiction with The Offer Ep 1, Making the Godfather

Here is where things get interesting. New York next selected the top ranked running back in the draft, Breece Hall, with their second round pick. The Jets also filled areas of need at tight end and on the offensive line, while adding further depth on the defensive line. They ignored the linebacker position, but I don’t think anyone available warranted selection over who New York ended up with. It was an extremely well executed draft for the New York Jets.

Overall, I give the Jets’ draft an A- with bonus points for adding a new level of excitement to this year’s team. They filled their biggest weakness by drafting Gardner, as well as got what New York hopes is a number one wide receiver. Because the Jets obviously believe their current offensive line will be loads better this season, they passed on any of the top linemen.  I can’t argue with this logic, but are they truly rebuilt in the trenches? I’m happy they traded up to get Johnson, but with only one standout season in college, his risk is higher than the player the Giants selected. Yet Wilson and Hall and Ruckert added to this offense have me very excited! It’s easy to see how this team is loads better than it was one week ago.