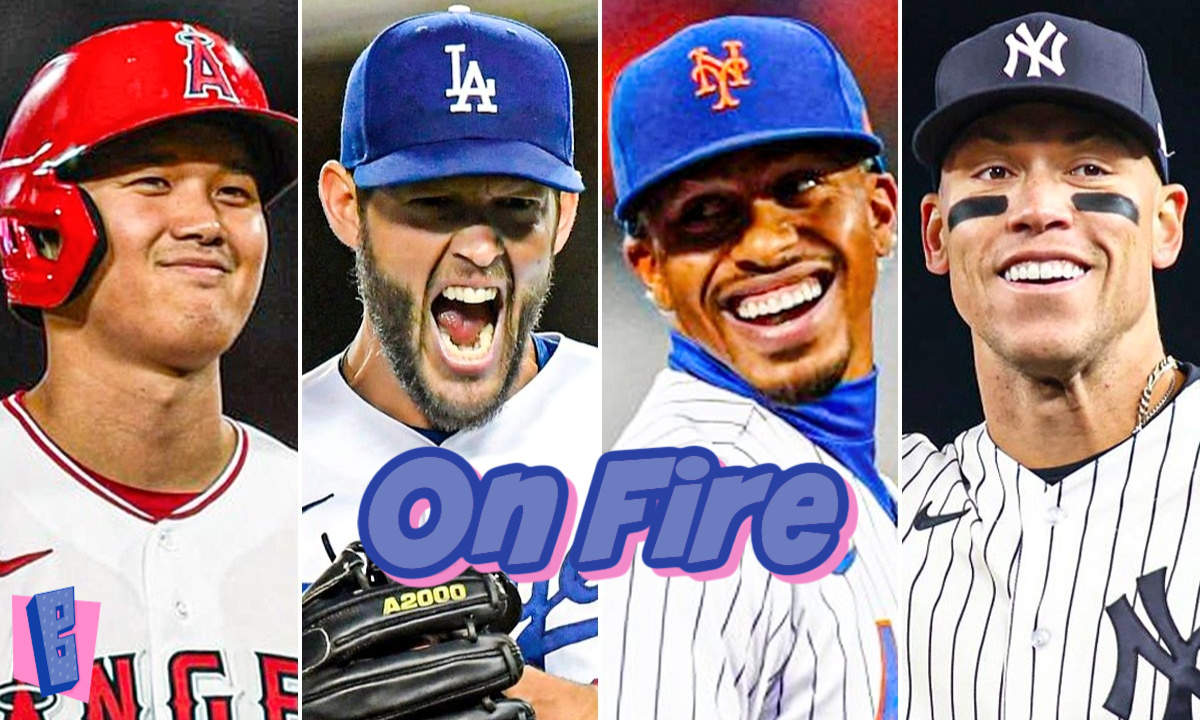 Sitting atop Major League Baseball are the New York Yankees, along with the Mets, Los Angeles Dodgers and Angels. Ironic, but are they ALL this good? Where’s the error? Call it an anomaly, but there isn’t one.

We are a month into the MLB season, and all is right with the world. The New York Yankees are in first place in the AL East and hold the best record in the AL. The Boston Red Sox are in last place, trailing even the Baltimore Orioles. It is also great to see the Los Angeles Angels head up the AL West. Here’s hoping Mike Trout and Shohei Ohtani get to make waves in the playoffs for the first time together.

In the National League, the two best teams are, ironically, also New York and Los Angeles. Take that, small markets! The Mets currently have the largest lead of any division leader; no other team in the NL East is even playing .500 baseball right now. The NL West is showing the opposite level of competitiveness. As of May 10th, all five members of the West are above .500, led by the Dodgers. How fun! That said, we’re only a month into the year, not even at Memorial Day, which remains the first checkpoint of the baseball season. Where is the error? What part of the current standings are wrong, because everything seems fine and dandy?

There are a few, small points of contention with our current MLB standings. One would expect the Chicago White Sox to begin to pick it up and to see the Minnesota Twins’ pitching falter a bit from its current heights. The Colorado Rockies are likely to fall out of contention as the season progresses; as is Arizona. The run differentials of the NL West clubs already point to as much.

I find it fun to see what Cincinnati is doing, and their ineptitude is legit. The Reds tanked the offseason, blatantly trading away a number of important pieces and are now putting together an historically bad season. It’s only been a month, but Cincy is playing to a .179 winning percentage. Since 1900, no team in baseball history has ever won fewer than 23.5 percent of its contests. That was the 1916 Philadelphia Athletics, who went 36 and 117 and also somewhat famously sold away most of their roster prior to the downturn. Much more egregiously, the A’s actually made the World Series in 1914 before Connie Mack decided to tear the roster down. Cincy may challenge a loss record, but it wouldn’t have fallen from the heights of its predecessors.

If forced to find something less obvious that could begin to change, I’d unfortunately go with the New York Yankees. Maybe I’m too close, having watched much more of them than any other club, but this team doesn’t feel best-in-the-league good.

New York’s offense is very streaky and is leaning heavily on injury-prone boppers. The pitching staff is being anchored by middle relievers. No, seriously. As of writing, the top two players on the Yankees in pitcher WAR are Michael King and Clay Holmes. The best starter has been Nestor Cortes. And no one has yet missed a start. We need 30-35 starts out of Jameson Taillon and Luis Severino. It just doesn’t feel very sustainable. That said, this squad is still good enough to win the division. Banking these wins certainly helps. I just wouldn’t be surprised if it ends up coming down to the wire with Toronto and/or Tampa Bay.

Sometimes there is nothing wrong with the first month of the baseball season, but we call those times anomalies. The MLB season is far too long for the first month to be fully truthful. About 75% of what we are seeing is real. The other 25% is either a complete lie, or an unsustainable success. I’d wager that Cincinnati is and will continue to be this bad. The same goes for the success of the Dodgers. They are once again this good. But what of the rest?

Call me crazy, but I’m not buying the Mets or Angels for one moment. Both teams have been on the list of teams that are supposed to be good, yet every year they are not very good. Now we are supposed to believe this is their year? The Mets are great and so are the Angels? Perhaps both New York and LA make the playoffs, but I’m dubious in regards to their dominance. If they remain on top in July, then I’ll buy it. One month is simply not enough success.

More BuzzChomp: Fact or Fiction with The Offer Ep 1, Making the Godfather

Our New York Yankees are in fact this good, but the question remains regarding streaks. Last season they had huge winning and losing streaks. That must be avoided to stay on top in 2022. Cooling off does not make them any less good, but I’d wager they don’t finish the season as the league’s best team. Top five for sure, but not number one. What about those Red Sox? I’m not buying their futility and ineptitude. They are a wildcard team at worst and likely hit a winning streak very soon that carries them up the standings.

All might feel right in the world as a New York fan who calls Los Angeles home, but can we truly believe our eyes? This season is not telling us the lies of the past. It is in fact being transparent. Expect the standings to remain very similar. One very good team will tumble, ahem Mets, and one bad team likely climbs up, ahem Red Sox. But that was last season! Sometimes consistency is okay and I’m actually buying the MLB standings after one month. Here’s hoping I’m wrong about the Mets and Red Sox.