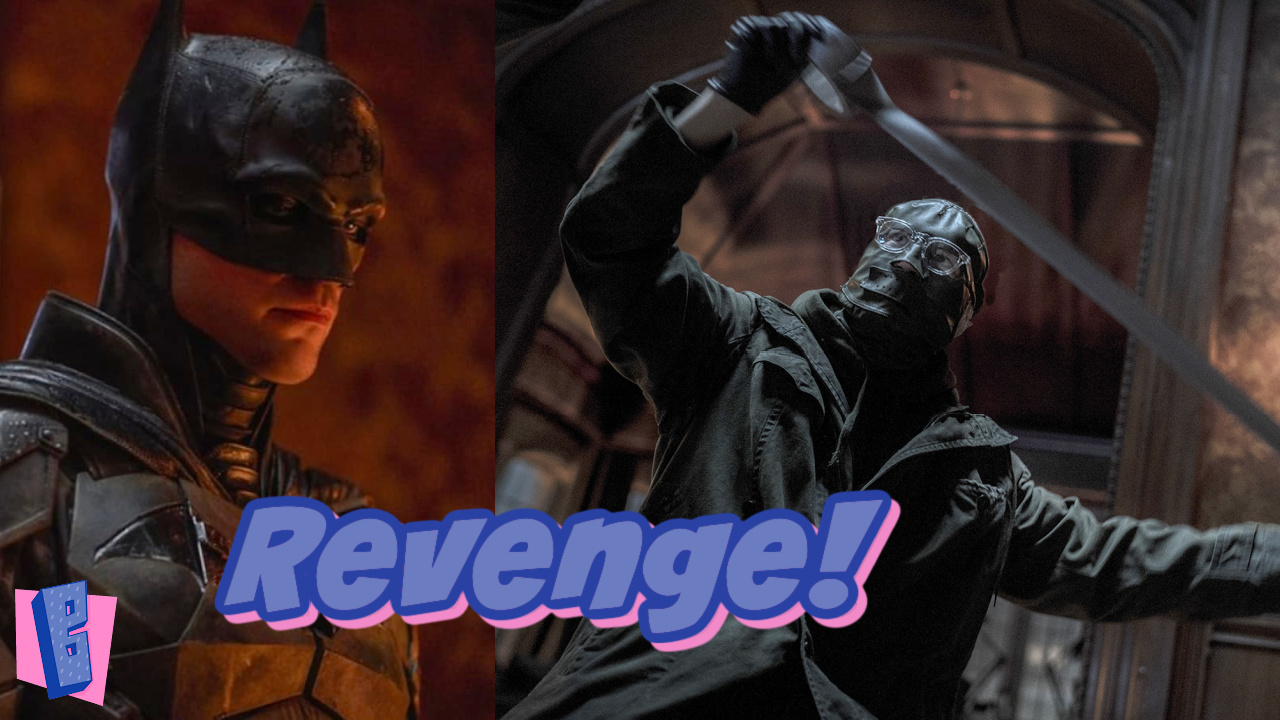 The scum of a decrepit city turn The Batman into an insanely awesome adventure. Riddler gets his revenge with some truly wild puzzles and while long, this film never misses a beat. Bring on the sequel please!

Riddler’s revenge was long and crazy and intricate and awesome! The Batman was an epic adventure that felt like two movies in one, but I loved it. The Riddler gave us an entire backstory of Bruce Wayne and of Batman. Cat Woman is everything and more as the daughter of Falcone, who is the big crime boss. Penguin is born into power and we got a tease of Joker in Arkham.

Watch My Review of The Batman in 30 Seconds

The riddles and puzzles were cool very cool and nothing felt obvious. The Batman is cool. I really like Robert Pattinson as Batman, because he totally owns the character. It appears as though he is about to dominate as the lead of yet another hugely successful franchise. I can’t wait for the sequel. This is a great re-invention of The Batman’s tale.

Setting aside the two outlier films, Batman movies are dark and gritty and the opposite of your traditional super hero film. The Batman is all of this and more! Gotham City comes across as a cesspool of violence and greed, as its supposed to. Bruce Wayne is flawed, damaged, and a recluse at this point. It works so well, as he struggles to find an identity while attempting to do good in a bad, bad world.

The Batman does not disappoint. You get a total restart of the franchise in an awesome way, without losing anything. Sure, the movie doesn’t need to be three hours, but it has a nice break point after exactly 90 minutes if you need an intermission. I highly recommend it. Share with me your thoughts and make sure you watch our quick review.