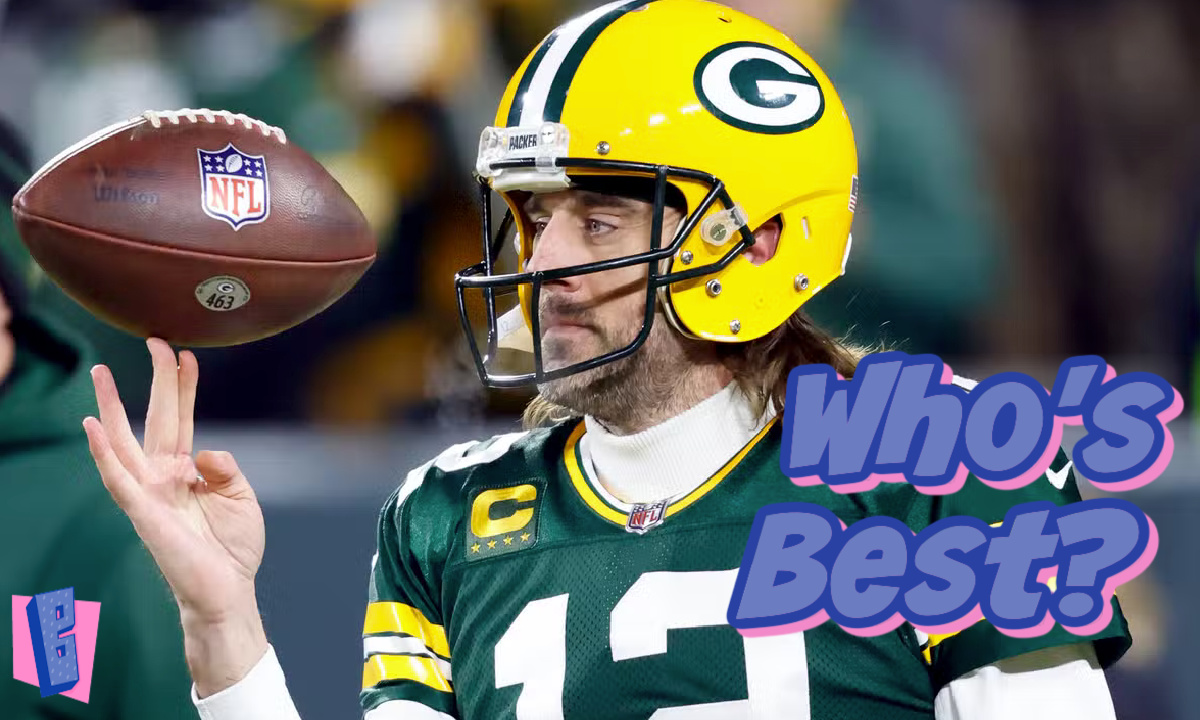 What are the best NFL international games of 2022? Packers versus Giants is old school cool, but Brady’s Buccaneers versus Seahawks has Tom Brady. We rank all five games overseas in 2022.

As the NFL continues to expand its foothold on the culture, we see more and more games being played overseas, with five to enjoy in 2022. It is an interesting idea, but it is hard to tell if it is working. Obviously, the popularity of the sport in America is not impacted one way or the other by these NFL international games. Other than having to tune in at 9:30am Eastern, the TV product comes off the same as any other. That’s a good thing.

For the actual fans in these countries watching NFL games, it must be a cool thing to see. At least we assume it is. Perhaps not. England has been getting these games in London for years now, but is the sport any bigger now in the UK? Hard to say.

This year, the sport is stretching to new locales: Germany and Mexico. Will the Germans become huge NFL football fans because of this? Consider us dubious. But, again, there is hardly a downside for the American product (though one can imagine players hate participating in the weird schedules that correspond). The real issue is the actual NFL international games we are sending over to these other countries. On the surface these matchups are not exactly our best and brightest, but does that even matter? Hell no, it’s football! We rank all five NFL international games for the 2022 season from most to least exciting. From the “electric matchup” all the way to the “football is still football” matchup of 2022.

Todd Salem: This is an easy pick. Aaron Rodgers is a star among stars, and New York has brand recognition. The Giants may not be any good this year, but their brand does travel.

Dan Salem: Two of the most well known NFL franchises face off overseas. The Packers are synonymous with the NFL, having won its first Super Bowls, as well as being hugely successful right now with Rodgers. New York may stink, but it’s still New York. The Giants are known around the world and that makes this the premiere matchup of our NFL international games.

Todd Salem: Both of these squads are fringe playoff contenders. They aren’t exactly powerhouse clubs. However, both the Vikings and Saints have a lot of electrifying star power, which could lead to a very exciting game. Between Justin Jefferson, Dalvin Cook, Adam Thielen, Alvin Kamara, Michael Thomas, even Patrick Peterson and Tyrann Mathieu defensively, there are massive talents on display here. Kirk Cousins versus Jameis Winston immediately disqualifies this from being the number one option, but it’s easily second since we aren’t sending A1 matchups.

Dan Salem: This is probably the best game to watch, although the teams themselves carry little weight overseas. Only New Orleans has won anything in recent years, but this will be a great football game. That’s more than can be said of most international games in recent seasons.

Todd Salem: This feels like the best, pure matchup of the quintet. Both teams may take a step back this year, though. San Francisco is trying to figure out its quarterback situation, which may hinder an otherwise nifty offense. Arizona also has a lot of offensive talent, but after a rocky finish and offseason, this team is just trying to stay above water.

Dan Salem: The 49ers are well known because of their huge success with Montana, Rice and Young. Kapernick likely garnered them some additional press in recent years, but it’s Arizona that pushes this game up the ranks. The Cardinals will be on HBO Hard Knocks, meaning the team gets an international spotlight throughout the season. That makes this game super interesting.

Todd Salem: Tom Brady is doing a lot of heavy lifting to make this matchup interesting. Seattle, almost overnight, became one of the least interesting teams in the sport. People will have to want to come out to see Brady and company.

More BuzzChomp: Fact VS Fiction with The Offer Ep 6 – Making The Godfather

Dan Salem: If only Tom Brady were enough to top this list, but he is not. The Bucs should destroy Seattle, meaning this is a fun matchup because of Brady and his Buccaneers who won the title recently, but otherwise not a great game. We shall find out how well Tom Brady’s brand actually travels.

Todd Salem: Russell Wilson in Denver is a fascinating storyline, and the Broncos should be really good, but Wilson is not an international star like Brady. There is pretty much nothing in this matchup that would induce excitement from an infant fanbase.

Dan Salem: Am I crazy to think it’s Jacksonville that is the draw here? They’ve played a ton of international games to date, making the Jaguars a possible international fan favorite. Maybe. I don’t think the Broncos resonate, but at least Wilson can put on a great show. This is like a welcome to our sport kind of game for Denver. You don’t know us yet, but you will after watching.