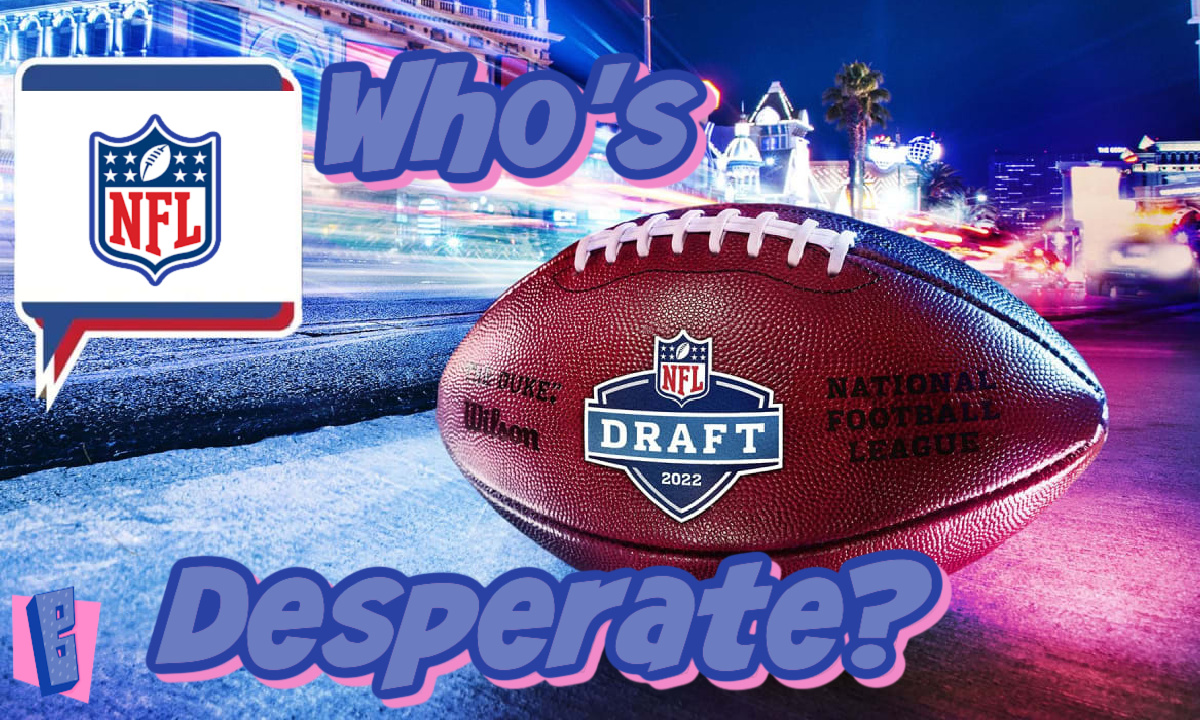 If no one does something stupid or risky, then its all hog mollies atop the NFL Draft 2022. But common sense is on the chopping block and desperation will win. You’ve been warned.

Much remains unknown about the top of the upcoming NFL Draft 2022. Even the person Jacksonville will select first overall remains a mystery. What isn’t cloudy is the likelihood that the top 10 is dominated by hog mollies. Common sense has the upper hand, but can it actually win?

It is very likely that two or even three of the top five picks are defensive ends. Another two or three of the top five could be offensive tackles. The following names will all be off the board by the end of the top 10: ends Aidan Hutchinson, Kayvon Thibodeaux, and Travon Walker, and tackles Evan Neal, Ikem Ekwonu, and Charles Cross. This simply makes too much sense.

That’s six picks. Six consensus talents that should/will be chosen immediately. Another three of the top 10 will likely be defensive backs: Kyle Hamilton, Ahmad Gardner, and Derek Stingley Jr. While defensive backs are exciting, nimble, and athletic, they hardly possess the cache of an offensive skill player. That brings us to nine of the top 10 being…boring picks to the casual viewer. This assumes common sense wins atop the NFL Draft 2022. It assumes no one gets desperate.

The “boring” nature of our most talented prospects hardly matters to ratings or popularity of the event. It won’t matter to teams or decision-makers either. It is just interesting. The Draft is the only event where the most exciting moments are taken over by players most fans won’t follow or pay attention to after the event is over. No one but the diehards monitor offensive line or cornerback advancement. We only know when a guy is a bust two years down the line.

That 10th pick though (and I don’t mean the Jets’ actual pick at 10th overall. It could fall anywhere.) is where the NFL Draft 2022 gets interesting. Do we see a quarterback sneak off the board to someone desperate? Detroit at two, Houston at three, Carolina at six, Atlanta at eight, Seattle at nine, and maybe even the Giants at five and seven could all be in the market. Does anyone pull the trigger on quarterbacks Kenny Pickett, Sam Howell, Desmond Ridder, or Malik Willis that high? It would be quite a stretch, but with that many teams in need, at least one gets selected, right?

Also on BuzzChomp: Five Best 420 Movies of All Time

Wide receiver is the other position to monitor. Although there is no clear top-five prospect at the position, there are a bunch of dudes garnering top-20 grades, meaning any one of them could impress a team enough to sneak into the top 10. Is this super risky or striking while the iron is hot?

The final note to keep in mind is one we referenced earlier this month. The Draft is a crazy-insane thing to wager on because we don’t actually know what teams think; only draftniks and scouts. We could see three edge rushers, three offensive linemen, and three defensive backs come off the board, but they could be a smattering of different guys than the ones everyone outside the league agrees on. Perhaps we see multiple quarterbacks or multiple skill players taken. We just don’t know until it happens, which continues to make the event fun, even as its peerless popularity remains incredibly weird.

This year in particular makes me question why this event is so darn popular. It makes sense when nationally known quarterbacks dominate the top 10 and will certainly alter the trajectory of a floundering franchise for good or bad. But the NFL Draft 2022 offers zero clarity and mostly hog mollies atop the board. I suppose the most intriguing thing to watch will be to see which desperate team reaches for a quarterback before pick ten. I can’t wait to ridicule them mercilessly!

Do my New York Jets possess the most favorable position with pick 10 to deal, already having an earlier selection to use in order to bank an immediate impact player? Can the New York Giants completely upend their division with two starters chosen within the first ten picks? Philadelphia has a bounty of first round selections as well, making for real intrigue in the NFC East. Look at that, within three short sentences I’ve talked myself into must-watch television come draft night. It’s that easy!

You casually skipped the idea of draft-day trades because they are so impossible to predict, but we are going to see Baker Mayfield moved, right? I mean he has to be dealt, right? The tenth pick is a likely trade spot, but not involving Mayfield unless three teams are involved. Several more starting caliber quarterbacks are no longer the #1 guy for their teams and should be traded, but will they? The most interesting non-sports event in sports never disappoints. There are simply too many moving pieces for anything less than hijinks to ensue.

To be quite frank, I am excited for the NFL Draft 2022 but I’m not sure exactly why. I know my New York Jets will be infinitely better after it’s all over, but every team has a right to feel this way. There are no shiny new offensive toys that must be chosen in the first five picks. Yet nothing ever follows script at the draft, which is certainly what makes it so much fun.