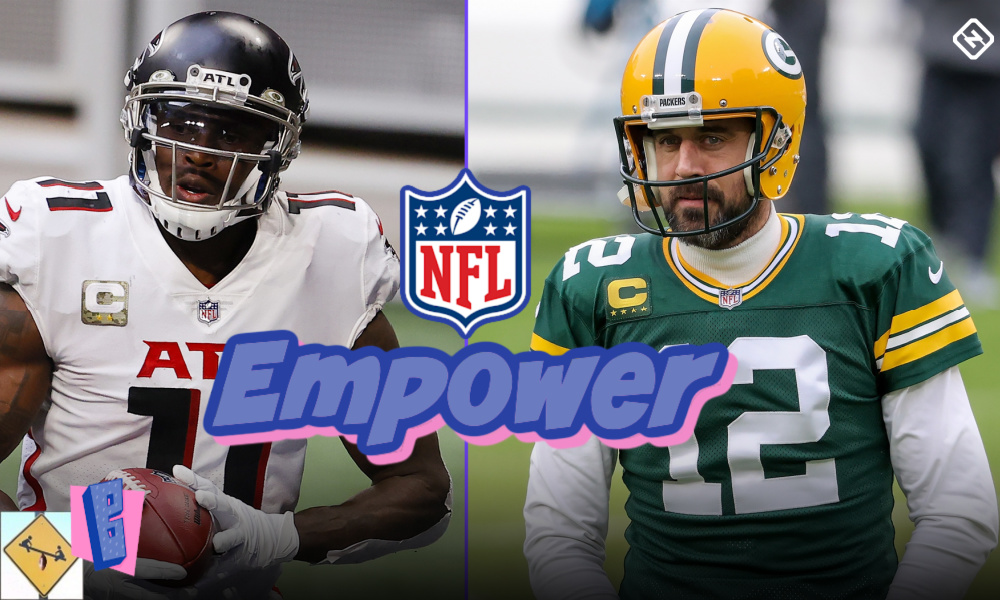 NFL Player Empowerment is here to stay, because those who determine wins and losses must exercise their power. Business is rarely personal and it’s up to the player to look out for themselves before their career is a memory.

This NFL offseason has brought to the forefront a trend that has not previously existed in the sport to this degree. Call it NFL player empowerment if you want, because its putting power back into the hands of those that fans pay to see play. That is the term used to refer to players when this happens in the NBA. It could just be called player self-respect or self-interest. It could be deemed as treating the teams like the business that they have always treated you. Considering the antiquated system that sports has become, NFL player empowerment is a breath of fresh air.

More BuzzChomp: Could the Friends Reunion BE Any Funnier?

Any way you want to cut it, NFL players are making their desires known publicly more than they ever have before. And we are talking about big, famous players. It started with Deshaun Watson. That story, for obvious reasons, hit a snag. But then came requests to be traded from Aaron Rodgers and Julio Jones, two of the biggest players and best at their respective positions in the game today. Jones was given what he wanted. Rodgers was met with resistance and was forced to hold out. Both will ultimately win this game.

When these types of players request to be moved without being free agents, they are forcing the hand of the team. It is something that has been popular in the NBA for years now, where individual players have much more impact on the outcome of games, and thus on the sport itself. When it happened in basketball, fans were, at first, alarmed. Then they were outraged. Now, I think, most people get it. This is a business from both sides. The teams don’t show players loyalty, so why do we demand it from the other way around?

I’m not sure NFL player empowerment will get the same traction in football even though, perhaps, it should be even more important.

Also on BuzzChomp: Are the New York Yankees a Bad Team?

Even if it makes sense from the player side to make these declarations of seceding, it also makes sense for the teams to ignore them. One player can’t undermine a team’s chances at competing like he can in the NBA. We know this for a fact based on the return teams get for trading disgruntled stars.

In the NBA, it costs years worth of draft capital to acquire a star who has already said he needs to be moved. In the NFL, Julio Jones was just traded for one second-round pick and a fourth a year later. And people think it was kind of a fair return! The situations are apples and oranges.

Where do you see this player empowerment movement going in the NFL, if anywhere? I could see more guys going public for a little while but not necessarily getting what they want. And that leads to awkward or angry locker room confrontations with teammates you are returning to. It’s a giant gamble.

NFL players are normally powerless to control their own winning because football requires 22 players split in half between offense and defense. Such an obvious statement needed to be made because an NBA team fields 5 players at a time. This allows one player to control his own winning simply by bringing in one star, making two of five stars on the roster. This is more than enough, assuming those two stars can elevate the other three players. You simply need more in the NFL to win, but one player can certainly elevate an entire unit and once in a while the whole team.

So NFL players can’t truly ensure their team wins, but they have as much if not more power over the team. This is what makes NFL player empowerment so interesting. Aaron Rodgers literally holds the fate of the Green Bay Packers 2021 season in his hands. He is a Hall of Fame quarterback and ensures the success or demise of his offense. If his offense fails, then the defense will ultimately fail as well because it will be on the field too often to succeed. One player can’t win a game alone, but they can certainly ensure a loss.

The hauls traded for NFL stars have been 100% in line with a player’s ability to determine wins and losses. Wide receivers are garnering a single 2nd round pick, but sometimes a 1st round pick. They can take an offense to the next level, but not help it win unless an infrastructure exists already. Quarterbacks are garnering multiple 1st round picks. They will turn a team from a zero to a hero and vice versa. This all makes perfect sense.

The return on Julio Jones is perfect because Atlanta is no longer responsible for his contract. Jones gets all the same money on a playoff team, rather than one about to rebuild. The Falcons get a high pick and save a ton of money. It’s a win win. Trading Rodgers is infinitely harder because a team must drop multiple 1st round picks over several seasons. Same as in the NBA more or less. He has the Packers by the balls and is not going to let go. Tom Brady had a better relationship with the Patriots and was able to enter free agency, so it never got to this point. He wanted out and they obliged, as they should.

NFL player empowerment is here to stay. Most teams are not the Patriots and won’t let their star go, even when they know it’s time to move on. They overpay and under deliver. Players like Rodgers and Jones who have earned the ability to control a team’s destiny must absolutely use their power. If they don’t, then they undermine the entire player structure in a business model that favors the team owners at every turn. Their union can only protect an individual player so much. It’s up to the player to look out for themselves before their career is a memory.