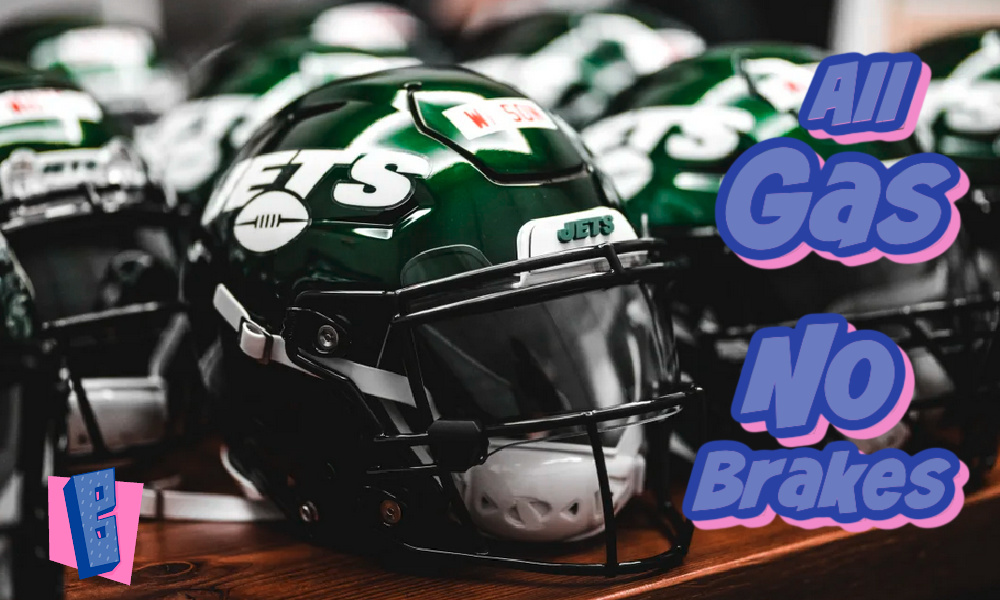 Does past history of the New York Jets have anything to do with our 2021 team? Are we handicapping New York’s potential based on other people’s failure? Stop underestimating the Jets.

Nobody can agree. Are these the New York Jets we know and loath, or is this a new team inside and out? If we are to trust our eyes, then nothing about the 2021 New York Jets is remotely close to what came before. If we are to trust our instincts, then this is truly a new team that has let go of its past. Yet wisdom is equally important, and having been a Jets fan for over 30 agonizing years, I know a thing or two about consistency. This team has been consistent in all of the ways we hate as fans.

Fool me once, shame on you. Fool me twice, shame on me. But if I allow you to fool me for over 30 years with a handful of exceptions, who is to blame? This is what being a New York Jets fan is like. No one can be trusted, no matter how great they make us feel in the offseason. Don’t get me wrong, I desperately want to trust in Joe Douglas and the team he has built. Within one year he basically gutted the Jets of every player and coach that belonged to the old regime. The losing regime. The painfully awful and cruel regime.

Douglas now has a winner built on paper in year two. There are zero remnants of inadequacy, so why are we applying our old rules to the 2021 New York Jets? Should our past experience continue to dictate our assessment of this year’s team? My instincts are conflicted, but the answer is clear. Ignore your instincts about what you have known the Jets to be. The NFL does not care about the past. These New York Jets are brand new. We must evaluate them on the facts and not our fears. We are underestimating this football team.

At least one NFL team climbs from last place into “first place” every season. The quotes are necessary because first place basically means a playoff appearance and not necessarily winning the division. New York will have a hard time topping the Buffalo Bills this season because that team is a seasoned group of winners coming off a hugely successful 2020 campaign. Yet these Jets are technically a group of winners themselves, because only one or two starters experienced Adam Gase. Most joined the Jets because they were successful and earned something better, be it in the NFL or in college. These Jets all see an unwritten book waiting for them to fill in the pages with stories of success and songs of victory. What if anything is truly standing in their way?

Also on BuzzChomp: Ultimate Hypocrisy in The Handmaid’s Tale Season 4

Untapped potential is a beautiful sight to behold and because the entire New York Jets roster is composed of it, we have zero reason to sell them short. As a lifelong Jets fan, I am fearful of the past repeating itself. Its done so over and over again so many times that most Jets fans have come to expect it. Many even wish for it because its their story as a football fan. We know nothing else. Yet those first two Mark Sanchez years when the Jets made back-to-back AFC Championship games and quite nearly reached the Super Bowl is what I’m focused upon. The 2021 New York Jets are set up to be better than that team. Expect greatness and greatness you shall have.

What NFL team is prepared to face the Jets this season? Not one, because none of them have seen this offense or defense before. Justin Herbert and Joe Burrow starred as rookies last year for the Chargers and Bengals respectively, yet fell short in the wins column because their teams lacked defense. New York has a stud defensive coach with loads of defensive talent that is itching to play together for the first time. The offense is brand new and finally has depth. I expect rookie hiccups and a learning curve, but I also expect success. You’ll notice that I’ve avoided rattling off names. We all know them and are already obsessed with them. Assuming they fit our new offense and defense as well as our coaches believe them to, then expect the unexpected. The New York Jets are done rebuilding. They are now building and we would be foolish to underestimate the magnitude of their construction.