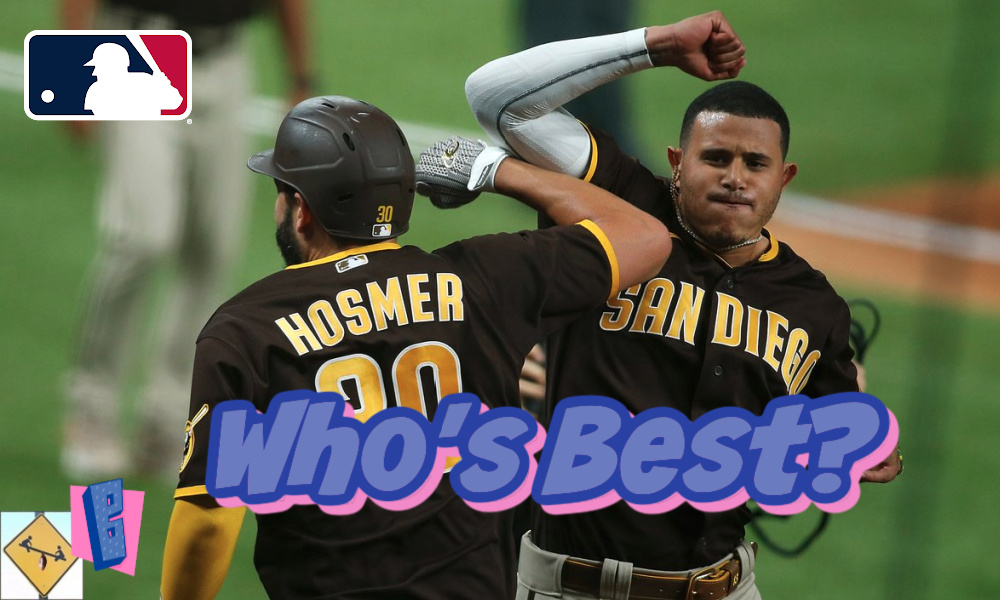 Memorial Day mayhem is real and despite a heavy mix of NL West and AL East teams, the top of the league is due for a reckoning. Who’s the best team in baseball?

Nearly two months into the MLB season, we have reached the first checkpoint: Memorial Day weekend mayhem. The league standings are full of holes and the top is heavily dominated by the NL West and AL East. Yet a reckoning is coming this summer. Any analysis before Memorial Day is absurd, because its too soon to make real declarations or conclusions. Just think about the freaking out in late April surrounding the last-place New York Yankees, worst record in the American League. Since then, New York has the best record in the league, just swept the Chicago White Sox, and are feeling just fine. Case in point.

The Yankees climbing up the standings is not a surprise though. They were a title contender prior to the season and remain as such. Heck, the top and bottom of the league have played fairly close to script, with a few glaring exceptions. Many of our other current, winning teams are surprising even their own fans. Look no further than Boston, the team with the third best record in the AL (as of 5/26). They were tied for first in the league as recently as two days ago. Its been a perfect storm of success for the Red Sox. So who is the best team in baseball? First the setup, then the breakdown.

Who’s the Best Team in Baseball?

Todd Salem with The Setup:

Can we believe in our top teams? Boston has been unbelievable thanks to a peerless offense. J.D. Martinez, written off as washed up after last year, proved why 2020 should be discounted, if not outright dismissed. The dude is back to All-Star form and then some. Along with Xander Bogaerts and Rafael Devers, the Red Sox have one of the more formidable trios of bats in the sport. The other side of the game is a different story. Boston’s pitching is suspect. The team’s most valuable pitcher thus far (by WAR) has been a reliever who’s tossed just 22.1 innings. It’s gotten great health and stability from the rotation, and the results have been…meh. Once injuries start to come, this pitching staff is going to be the death of the team. I don’t see how they hang in the playoff and division chase for four more months.

In the AL Central, the biggest surprise has been a negative: the Minnesota Twins flat-out sucking. The offense has some pieces that have underperformed, but it’s really been the pitching at fault. Even if things start to turn around, I don’t see them climbing out of the hole they’ve dug for themselves. The AL West has been about as expected. Pour another one out for Mike Trout for his latest injury and another season with no playoff berth on the horizon, even with Shohei Ohtani being as good as advertised on both sides.

In the National League, the East and Central divisions have gone exactly on-script. Both divisions will be rock fights down to the wire. The West, on the other hand, has been quite a surprise because of one team and one team alone. We all thought Los Angeles and San Diego would be battling it out for supremacy. Who would have expected the San Francisco Giants to make three a crowd! San Fran has the third-best record in the division, which doubles as the third-best record in the entire NL. I can’t say I believe it will stay that way for long though. It is hard to believe they got to 28 wins before Memorial Day to begin with.

The easiest explanation for the Giants’ success is an unbalanced schedule. San Francisco has played Colorado in three series already, going 6-3. It has faced LA just once, getting swept in a three-game series. Coming up are many more games against the Dodgers and others from the upper half of the NL standings. I expect the Giants to no longer be one of those teams in the upper half by the time autumn approaches.

Dan Salem with The Breakdown:

Not only is the NL West dominating its league, but its top three teams hold the top three records in all of baseball. The San Diego Padres hold the best record in the sport, but are they the best team in baseball? This seems unlikely, yet tabbing the Dodgers as MLB’s best is the worst answer imaginable, even if it’s correct. Los Angeles is the defending World Series champion and has been the best team in baseball for several years running, or at worst top three. While doing great here in 2021, I don’t believe the Dodgers are currently best.

More BuzzChomp: The Nevers is all about Time Travel and Aliens

We certainly have an NL West and AL East flare once again this season. Has anyone played a hard set of games, or are these mostly cupcake victories? The Rays haven’t beaten anyone good, besides the Yankees early on. New York has dominated the White Sox and Rays this month, after getting smoked by Tampa Bay in the early goings. Boston also beat the Rays, but only in one series. Nothing else on their resume says much of anything. Chicago is the same way. No impressive series wins. The Dodgers split with San Diego over multiple series and dominated the Giants. San Francisco also split with the Padres, which brings us full circle.

Can the San Diego Padres possibly be the best team in baseball? They hold the best record with one more win than the Dodgers. San Diego has played the second and third best teams a lot already, splitting with them right down the middle. They feel balanced and we expected them to be pretty good, which they are. Perhaps it’s my AL East bias, but I still feel as though Tampa Bay is better right now and the best team in baseball. The Rays are in an equally tough division and have won nearly as many games, only one fewer with two more losses. They are also in position to maintain their dominance, jockeying with the Yankees for top spot in the AL. I guess I need more from San Diego to be a true believer. Los Angeles still looms large over their potential success.