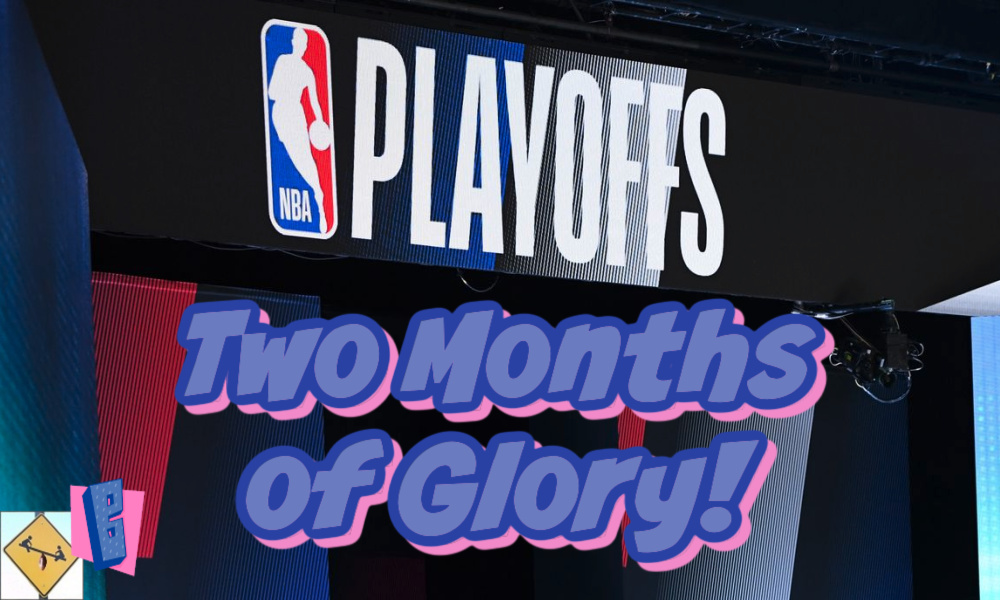 More is not better under “normal” circumstances and the NBA Playoffs 2021 epitomize the idea of participation trophies. Will the league toss aside its play-in tournament or use this season’s “success story” to permanently expand its never ending postseason?

The NBA regular season has wrapped, and boy what a weird year. The New York Knicks and Atlanta Hawks grabbed top five seeds in the East. Meanwhile, the Washington Wizards made the “playoffs” and the Toronto Raptors were decimated and terrible. In the West, the Jazz and Suns were the top two seeds in the conference. Our defending-champion Lakers must climb their way out of the play-in tournament to make the full NBA Playoffs 2021 field of combatants. It’s strange.

Even more than weird standings quirks, though, this season will be remembered as the season of injury. The best players in the sport were constantly shuffled to the sideline. This goes even beyond anyone who actually tested positive for COVID. The biggest difference-maker game to game was the injury report. It made for an occasionally upsetting year, particularly down the stretch, where everyone and their cousin missed at least a handful of games just because…rest.

No one is to blame. The schedule was too crazy for these guys not to need rest or get banged up. The compromise at the end that was supposed to save a good team from missing out because of bad luck is the play-in tournament. And it kind of worked perfectly. Yet it also created a playoff black hole that the league might not be able to escape. More is not better under “normal” circumstances and the NBA Playoffs 2021 epitomize the idea of participation trophies. Will the league toss aside its play-in tournament or use this season’s “success story” to permanently expand its never ending postseason?

NBA Playoffs 2021 Under the Gun

The Los Angeles Lakers are the main draw of the play-in, although the lackluster Boston Celtics are also a big name in the East’s tourney. Los Angeles still would have made the playoffs as a seven seed in a normal year. That being said, this fallback was here for just such an occasion where a team like LA drops and drops.

We are left with something that some people hate, others don’t mind, and some worry is going to be instituted for the long haul. Where do you stand on the play-in tournament? We are gifted a game between LA and Golden State, which is pretty awesome. Nothing else is all that interesting, though, even if someone upsets someone else.

Keeping this long-term, I suppose the logic is that the more teams get in the playoff hunt, the fewer teams will tank. The longer a season is under duress for spots, the larger number of regular-season games become watchable. That makes sense logically, but it’s a matter of degree. Sure, games down the stretch ended up mattering for Charlotte, Indiana, San Antonio, etc. But remember, getting out of the play-in just means you’re set to face a top seed in the real playoff series, where historically, you have pretty much no shot.

Because it’s new, we are making a big deal about it. This all might not end up mattering and this year’s Lakers are likely the exception. A great start put them on top and wild injury luck dropped them further and further. This means it could be years and years before any other play-in team ever makes it out of the first round of the playoffs. How much consternation is that really worth?

Play-in tournaments are stupid and gimicky, but they do work under specific circumstances. The NBA Playoffs 2021 and last season constitute specific circumstances. Both seasons were shortened, interrupted, lacked fans, and contained an exorbitant number of missed games for all types of players. Giving teams a lifeline and fans extra postseason basketball is both smart and a good thing. It must immediately disappear in the NBA, however.

You provided the logic for a play-in tournament, which does make sense on paper. Yet the opposite is also true. Cause and effect mother f*cker. More playoff teams in a “normal” season means the regular season means even less. This is because half the league is making the postseason. It’s a pre-existing problem for the NBA and the final teams to make the playoffs each year are immediately eliminated. They barely crack a .500 record, while their competition is actually good, so what do you expect? I suppose one could argue that because this “problem” already exists, what is the harm in simply changing how it looks? Do you prefer crappy/average teams getting the final playoffs spots? What about a few additional crappy/average teams competing in the play-in to secure those final spots? Six of one, a half dozen of the other. The playoffs themselves are basically unaffected.

More BuzzChomp: Amazing Plant Based Sausage You Have To Try!

Every sport wants to expand the postseason and ultimately does, because more people watch the playoffs no matter how watered down they become. Adding one extra playoff team certainly increased late season excitement in the NFL last season, but it made winning your division less of a win. Major League Baseball expanded recently too. Now we get a wildcard play-in game which basically did nothing positive or negative for the playoffs. The difference between the NFL and MLB playoffs is that those leagues consistently see wildcard teams make deep playoff runs. Getting into the playoffs is the goal because you can realistically win the championship, even if your team has to play a few extra games. This is absolutely not the case in the NBA Playoffs.

I can’t recall the last time a top seeded NBA playoff team lost in the first round, let alone a bottom seed making a deep run. The top teams each basketball season are significantly better than 80% of the league, and that is still a huge understatement. My issue with the play-in tournament is not that we are adding more average teams into the playoff discussion, despite them needing a massive miracle to survive their first round matchup. My issue is that the NBA Playoffs 2021 are scheduled to last for two months. Are you kidding me!?

Also on BuzzChomp: The Nevers is all about Time Travel and Aliens

The NFL and MLB have about five weeks of playoffs, yet this year the NBA Playoffs will be about eight weeks long. Unless you’re a New York Knicks fan and your prayers to Santa Claus have finally been answered, I don’t see how you can be interested in playoff basketball for eight straight weeks. I’m interested in the Conference Finals and the NBA Finals. I’m also curious if the Los Angeles Lakers can shake the bottom seed curse and actually make a run. But calling it a curse is unfair, because those bottom seeds are simply not very good when compared to the top teams.

I’m a proponent of narrowing the NBA Playoffs and making it harder to get into the postseason. This will eliminate some teams sooner and it’s certainly easier to tank in basketball than in any other sport. But it will also make the playoffs special, which they are supposed to be. The accomplishment of being a NBA Playoff team simply means you had a .500 record or better. That is not good and when we witness a .500 team make the NFL playoffs, we ridicule the crap out of them. No one wants this and the NBA shouldn’t either.