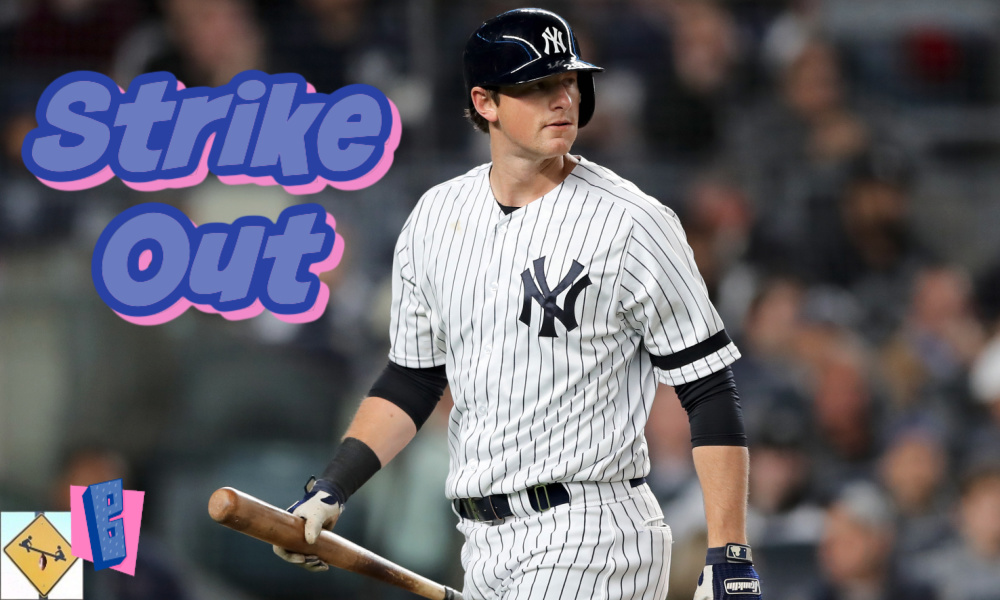 Cold, then hot, then ice cold again. This is a recipe for disaster, yet the Yankees remain in striking distance. How bad are the New York Yankees?

The New York Yankees have entered another cold streak. This one is ice cold. Setting aside last night’s walk-off victory in extra innings, this team is struggling mightily. They were swept by the Detroit Tigers, including a heartbreaking, extra-inning loss in the first game of the series where New York had the lead and gave up a walk-off, two-run home run. Even with the lead in that one, though, the Yankees had managed to score two runs. It is a microcosm of this latest slide and the season at-large. New York’s offense routinely disappears for very long stretches. In case you were wondering, teams need offense to win games.

More BuzzChomp: Could the Friends Reunion BE Any Funnier?

Counting Monday’s loss to Tampa Bay, but not last night’s miracle win, New York has scored two or fewer runs in nine of their last 12 ball games. Who is this team? Their streak of sadness hasn’t come against the cream of the crop either, highlighted by the Detroit series. The New York Yankees faced rookies, washed-up veterans, and everything in between. It hasn’t mattered; New York can’t score. This poses a significant problem for a team with title aspirations. They are schizophrenic and streaky teams rarely make the playoffs because streaks average out to mediocre. How bad are the New York Yankees? Will this early season ice disappear for good?

For the season, the Yanks rank 24th in runs per game. Considering that includes a rather hot streak earlier this month, and the fact that New York was projected to have one of the best lineups in the game prior to the season, that is a pretty alarming figure. It is easy to see why the runs have been hard to come by. Luke Voit has missed nearly the full season thus far. He returned from the IL only to go right back 12 games later. Voit didn’t hit well while he was in the lineup, but the team went 9-3. Random coincidence, or does Voit’s presence lengthen and settle the entire lineup? Maybe that is overstating it a bit, but the lineup is clearly a man short.

Aaron Hicks wasn’t hitting and is now out. Rougned Odor, Tyler Wade, and Brett Gardner have been in there far too often out of necessity. Giancarlo Stanton has come in and out of the lineup with injuries. He has bookended that with hotter than hot and colder than cold streaks. His numbers don’t look too bad, but that level of inconsistency requires other guys to show steady bats, and no one has, besides Aaron Judge.

DJ LeMahieu and Gio Urshela have been very disappointing. Gleyber Torres, Gary Sanchez, and Clint Frazier have been outright terrible. And that’s pretty much everyone. Judge alone can’t sustain a lineup if literally everyone else is underachieving. So what gives? Well for one, New York is 6th in baseball in ground-ball percentage and leads the sport in grounding into double plays. They also hit the ball very hard, so you figure some better batted-ball luck would see those grounders through for hits, even if they aren’t getting the ball into the air often enough.

Taken individually, one could see how each of New York’s hitters were struggling. But to see the entire team struggle (sans Judge) all at once just feels fluky. It also doesn’t help that the non-Cole starting pitchers are so inconsistent themselves. The blueprint before the season was one of massive offensive power, a deep bullpen, and an ace. That is a recipe for the playoffs, and if more starters come through, the team could challenge for a title. Well, we’ve gotten that recipe without the main ingredient, and it has me worried. A deep bullpen and an ace are not enough on their own to make the playoffs, let alone challenge for a title.

I wasn’t worried about the New York Yankees in April and I wasn’t overly excited about them in mid-May. Now that we have entered June, I am beginning to allow the worry to win. Cold, then hot, then cold again. Continuing on this pace will be the death of this team by August 1st. They are currently losers of six of seven games, excluding last night’s miracle win, after winning six games straight. This is the type of play that gets you swept in the playoffs, or gets you to the championship round, only to be swept. This assumes you are lucky enough to make the postseason. We can make no such assumptions about these Yankees.

Because New York’s current weakness was supposed to be their strength this season, I am willing to be cautiously optimistic. Pitching is not the problem. The Yankees are top five in three of the four major pitching categories, ranking seventh in the final area of Quality Starts. This is great for a team who as you noted is built around one ace and a strong bullpen. This is great for a team whose strength was intended to be offense. New York’s offense stinks overall, but has been so streaky that the Yankees remain over .500 and in a reasonably fine spot in the standings considering their struggles. New York ranks 24th in three of the four major batting categories. Peeew that stinks.

There are no guarantees, but it’s safe to assume the Yankees will finish at worst in the middle of the batting categories. Since New York was projected as something like a top five hitting club, then finishing 15th is a huge disappointment. It’s also a huge gain from being 24th across the board as they are now. I’m taking the long way around in this conversation in a desperate attempt to solidify an argument for the Yankees being okay. I don’t think they are.

Ranking 15th in all of our batting categories means a large improvement for the New York Yankees. It means more than just Judge starts hitting the ball well. With our pitching unchanged, then New York improves significantly and wins more than enough games. They aren’t a title contender, but at least they are in the playoffs. Getting in is probably enough for this season’s team, since they are too inconsistent for loftier expectations. But streaky teams often win the World Series, so long as they can line up a hot streak for late September through Halloween. Perhaps luck will be on New York’s side, but the Yankees are going to need truckloads full. Tampa Bay is significantly better, as are the Dodgers and Padres, if New York somehow wins that much to face them.