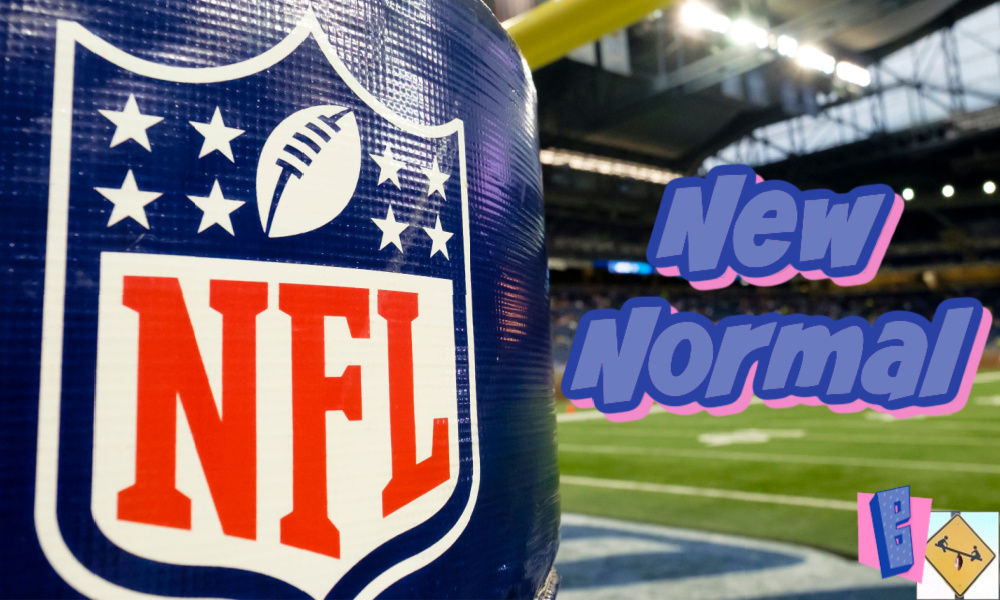 We have a new normal in the NFL 2021 season, but believe us when we say there’s nothing normal about it. Weird records, ballooning stats, and a potential plague of injuries that no one knows how to prepare for.

Unlike many other sports, the NFL held a full season last year. That’s not to say it was a normal year. It, of course, was not. But the numbers are normal. That is, until this year, when the NFL 2021 regular season expands to 17 games. All of a sudden, 2020 is the last normal year we’ll have, until 17 games becomes the new normal.

Are you prepared for any of this to actually be normal? From fantasy to fans and coaches alike, the NFL 2021 season is going to test us all. Accumulating 5,000 passing yards already means so little compared to a generation ago. What about 2,000 yards rushing or receiving? They used to be exceedingly rare, but that will change. More games means more snaps, more plays, more chances. The upper end of records are to be reevaluated, as they were when we moved from 14 games to 16 games. So what exactly is normal about our new NFL normal this season? Nothing, nothing at all.

As we are forced to embrace change in the NFL, my mind is racing with wild questions. What about team records themselves? Are 10 wins going to be worth a playoff spot? They will be enough sometimes, but 10 wins used to be the standard. Now, in many seasons, that benchmark will send teams home in January. There will also (assuming no ties) no longer be a .500 record. The 8-8 team is no more.

And what about determining expected records? Teams will no longer play the same number of home games as their competitors. The schedule always played a part in expected finish, but now the literal schedule of who gets nine home games versus eight plays a major part.

One final wrinkle could be how the bigger schedule is treated by coaches and teams. Will players rest more within a game or actually sit out entire games for rest, a la the NBA? The latter seems extremely unlikely, but I could foresee the former occurring. It wouldn’t even be enough for the casual fan to notice, but star players may begin to see their snap counts decrease to increase their longevity. Instead of 80 percent of the snaps, the star wideout plays 65 percent. Instead of 60 percent of plays, a play-making pass rusher sits more than half the time. It could happen.

It will take us more than one offseason to get the bigger picture surrounding the schedule increase. Heck, a lot of folks don’t realize this is even happening this very season. At different points throughout the offseason, I myself forgot about it! So, as the preseason fast approaches, it is worth a reminder and a deep dive. This is going to be weird, possibly fun, occasionally infuriating. There will be more injuries and there will be more stats. There will be a team that goes 8-9 for the first time ever. We will then have to debate whether they are worse than a .500 team from years past. On the one hand, of course they are. On the other, that previous team never had to play a 17th game. Who knows what would have happened!

If snap counts decrease accordingly to ensure longevity in the NFL 2021 regular season, then one could argue that statistics won’t change very much outside of the quarterback position. Quarterbacks are not getting any rest, sorry not sorry. But if other players are rested so they don’t burn up before the playoffs, then their stats likely remain the same, or close to it, at least this year. We already see star players getting rest in the final week or two of a season. That may expand if division titles and home field advantage get clinched early.

Last season we saw September truly become pre-season style football. Injuries were way up in the early month or two and games and teams did not truly become their competitive selves until mid to late October. Now that the pre-season has been permanently shortened and the season has been permanently lengthened, teams will absolutely treat September as the pre-season, even though it counts. They have no other choice, because it will be the first set of really competitive games anyone gets to play together.

Some things from 2020 are here to stay, and early NFL injuries with bad football in September and early October are not going away. We saw volatile records in the first month or two last year. I expect much more of that, until teams work out how to properly prepare for less pre-season football and more regular season games.

Stats will slowly creep up over the next season or two, but in the NFL 2021 I do not expect much change in terms of individual statistics. I expect reduced snap counts and rested stars in blowout games. Especially with our older players, we will see a shift towards working smarter, not harder. Tom Brady has perfected the ability to ease into the season and turn it on for the playoff push. He will become the model of how to survive a longer year. You can’t shoot out of the gate in September, or you’ll burn up and crumble in December.

The only thing that’s truly guaranteed this year are new records and lots of 10-7 and 8-9 teams fighting for better draft picks come April. Tanking in December might become the norm, as teams are eliminated and don’t want those extra wins. Expect the unexpected in the NFL 2021 regular season. It’s going to be fun, wild, and full of volatility.