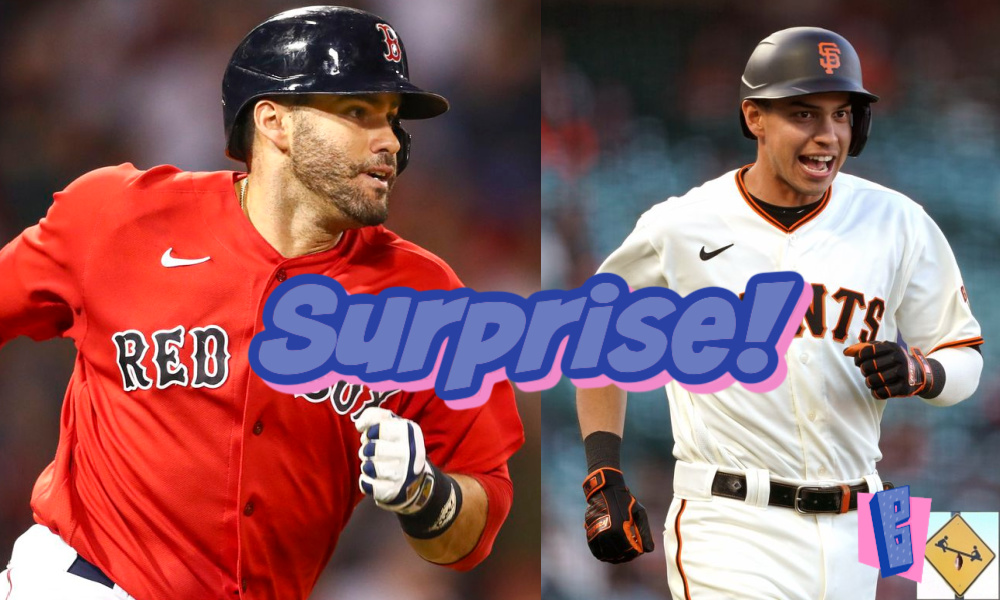 Of the many surprises at the mid-way point of the MLB season, the Boston Red Sox and San Francisco Giants are the most shocking. Neither was very good last year, yet both are dominating in 2021. The playoffs appear imminent, so is either team a fraud?

With 90-something games in the books per team, we have reached the 2021 MLB All-Star break. Though the halfway point passed a little while back, this breather gives us time to reset the standings and take stock. It has been a strange season thus far. The six division leaders at this stage are Boston, Chicago (AL), Houston, New York (NL), Milwaukee, and San Francisco. Of the sextet, four are either expected or not surprising at all, and two are very surprising. The two surprises from the beginning of the year are certainly the Boston Red Sox and the San Francisco Giants.

Boston was one of the worst teams in the sport in 2020. San Francisco was average. Each has taken a monumental leap this season. Yet, even after so many games, neither feels real. Both are near locks to make the playoffs. Are they legitimate? Will one tumble down the standings into a pit of despair? One has to be a fraud, but both are playing great baseball. We might have to swallow the hard pill and admit the Red Sox and Giants are for real.

The Boston Red Sox have a tremendous offense and suspect pitching this year. How long can suspect pitching carry a division leader? The team’s run differential is third-best in its own division and levels of magnitude behind the other pennant contenders of the White Sox and Astros. At some point, this team is going to slide. The caveat is those 55 wins are already banked. Even a slide could see Boston get into the postseason. The Sox have a massive eight-game lead on third and fourth places in the AL East and a similar edge over the spot that would be the league’s second wildcard.

One half a season doesn’t make a team, but those records are set in stone. Boston is sitting very pretty right now. The same can be said of the NL’s surprise Giants. With the most wins in all of baseball, San Francisco is doing everything. They have a great record and the second-best run differential in the NL to match it, one of the best pitching staffs in the league and a top-10 offense to boot. Looking at the Giants’ roster, it is weird these things are true, but they are!

The rejuvenation of a bunch of past-their-prime veterans have carried this club. Similarly to Boston, I don’t imagine this continuing, but it might not matter. Even an average second half puts the Giants in the postseason. That is especially true considering there are only six NL teams even over .500 at this point.

According to Fangraphs playoff odds, which takes into account rest-of-season estimated winning percentage based on team skill as well as previous results, Boston has an 88.3 percent chance of making the playoffs, and San Francisco has a 91.3 percent chance. Fangraphs is projecting the Giants to actually be below .500 the rest of the way (.489 winning percentage) and still cruise into October baseball. Who do you see as the bigger fraud in terms of these two surprise winners? Again, we must temper our vitriol since both are probably still making the postseason regardless. But these hot streaks have got to end at some point, right?

I would love to tell you that the Boston Red Sox and San Francisco Giants are both frauds. That both teams will succumb to my beloved New York Yankees and hometown Los Angeles Dodgers. However, reality is often disappointing and this season both the Red Sox and Giants are shockingly legitimate. When asked to pick the biggest fraud, I would lean towards San Francisco. But as you noted, they are a playoff team, meaning they are in fact not a fraud at all. Talk about a wild MLB season!

Based on divisional opponents, who always make up the majority of a team’s schedule, I’d say the Giants are due for a plateau in the second half. If they can muster a late season push, then they’ll be fine for the postseason. Otherwise, San Francisco is likely in trouble after getting in. Relying on veterans is a tough ask for the full season, let alone the playoffs.

Boston is better positioned to maintain their success. Passing Tampa Bay solidified a playoff spot for the Red Sox in my opinion. They may relinquish the AL East lead, but I’m not so sure. Boston is capable of a deep playoff run and barring a miracle turnaround from the Yankees or Blue Jays, they won’t have much competition along the way. No one in the American League is playing at an elite level right now, so the Red Sox can continue to be very good.

It feels ridiculous to bash on San Francisco when they have the best record in all of baseball and a +116 run differential. We can’t exactly make fun of Boston either, because they too have dominated the wins column. We see drastic shifts from at least a few teams each season in the second half, yet it’s hard to argue with playoff odds right now. Boston and San Francisco are both near locks. Will one succumb to the ultimate failure? Share and comment with your predictions.