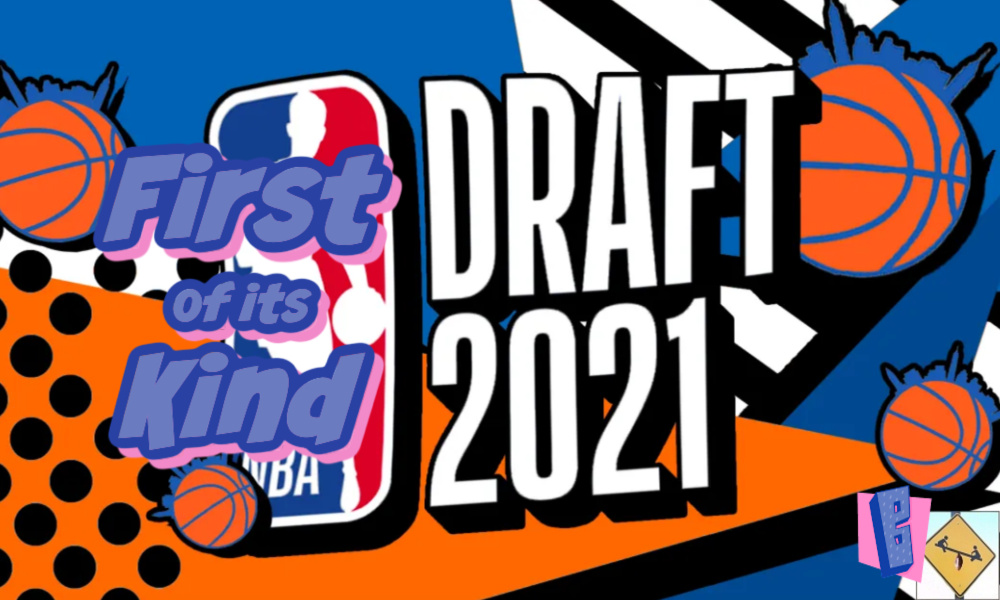 It’s finally a reality. G-League stars versus the top NCAA talent in the NBA Draft 2021. How do you compare players between leagues? We’re about to find out.

In this current whirlwind of sports happenings, the NBA Draft 2021 is this week. The season just wrapped in exciting fashion, but the NBA year never ends. This year’s draft class is loaded with high-end talent, as well as good depth. It also has one other factor that makes it rather unique. First of its kind special.

At its core, this year’s draft is coming down to something that has never occurred before in this form. We used to have discussions about drafting high school upside over proven college commodities back in the day, but this year, even near the very top of the draft, teams will have to decide how to rank G-League participants compared to “normal” prospects. Do NCAA stars immediately trump the best of the G-League? How do you compare talent between leagues? We’re about to find out.

“Normal” prospects have meant a variety of things for a little while now. Even though high school kids were not allowed in the draft, foreign players have come from all walks of life and all variety of leagues. And yet, this feels different. For the first time, a crop of G-League players who chose to skip college are high-level prospects in the draft.

So much remains unknown. We don’t know whether going to the G-League will be a better or worse way to prepare for the NBA than the traditional college route. Of course, with each kid being different, some may choose the right or wrong path for themselves, and that same path will work out for another. We also don’t know how teams are going to treat this development path. It could easily be ignored, with teams flocking to the same prospects they would have taken out of high school. But others may drop or rise because of how they played in the G-League. These trends won’t be known for years, but 2021 is going to be the first serious taste.

At the tippy top, Jalen Green and Jonathan Kuminga are thought of as top-5 prospects in this draft. They both played for the G-League developmental team known as Ignite. As did potential second-round picks Isaiah Todd and Daishen Nix.

Four players hardly make for a representative sample size, but we are already left with questions. All high-level prospects out of high school, would Todd and/or Nix have been better served playing in college and following a more normal development path? Neither helped their cause by going this route. That is for sure. And what about Kuminga? He is currently expected to go no higher than fifth, considered somewhat of a tier below the top four players in the draft. Maybe that doesn’t happen if he chooses a different path.

Green is a top-four lock as far as these things go, so there isn’t much higher to climb, but someone like Jalen Suggs actually put himself in the top-four tier because of his collegiate season. Green, on the other hand, settled there by not screwing it up. I don’t know if that’s a case of the G-League not being able to raise someone’s stock, or I’m putting too much thought behind random snippets of predraft information.

College is still the best bet to create a profile for a player, right? Suggs revealed himself to the country. Most folks knew the names of Cunningham and Mobley, but they had high-profile moments as well. No one knows much about the Ignite players. They had zero moments. That remains a problem with this career path. But if it can result in immediate pay days and opportunities to play with and against legitimate pros, is it worth the lower profile? It’s hard to tell which is the way to go.

Presumably, if you are an incredible basketball player worthy of top five NBA Draft status, then it does not matter where you play before the NBA. You were great leaving high school and those skills do not disappear. That being said, the decision to draft a player number one or number five, or to draft a player number ten or number twenty, is certainly going to hinge upon recency bias and “what have you done for me lately” evaluations. The G-League versus the NCAA. The NBA Draft 2021 attempts to shed light on an otherwise blind decision.

Because I enjoy asking hard to answer questions, here are five that would determine my evaluation of an NBA prospect entering the NBA Draft 2021.

You know I love the eye test because it usually trumps all other stats and evaluations of a player. How does the player look on the court, regardless of competition? All NBA caliber talent will destroy their high school competition and most will outperform their college and perhaps G-League peers as well. The eye test is subjective but crucial. Watch the tape.

More BuzzChomp: Your First 30 Day Fitness Challenge Should Be This One

The G-League is not receiving national attention, so fans do not know the players very well. There are not as many opportunities to play in national games with the world watching, but that doesn’t make the coaching or competition weaker. My guess is that the competition is stronger overall, but the coaching is currently weaker overall. So NBA general managers don’t get a buzz from G-League players like they do with NCAA stars, but does that matter?

For some talent evaluators, the buzz around a player is too much to ignore. But for those that always look beyond the headlines, buzz and national attention are irrelevant. This is the core argument between G-League and NCAA players entering the NBA Draft 2021. If you’re an owner, perhaps you wish to draft a rookie who will put fans in the seats and earn you money. Makes sense, but might not be best for team performance. Money versus wins. Notoriety versus the game tape. As college athletes begin to get officially paid and the G-League grows its star talent, this debate only gets more complicated. Complicated is interesting and exciting for us fans, making the NBA offseason even better. Works for me.