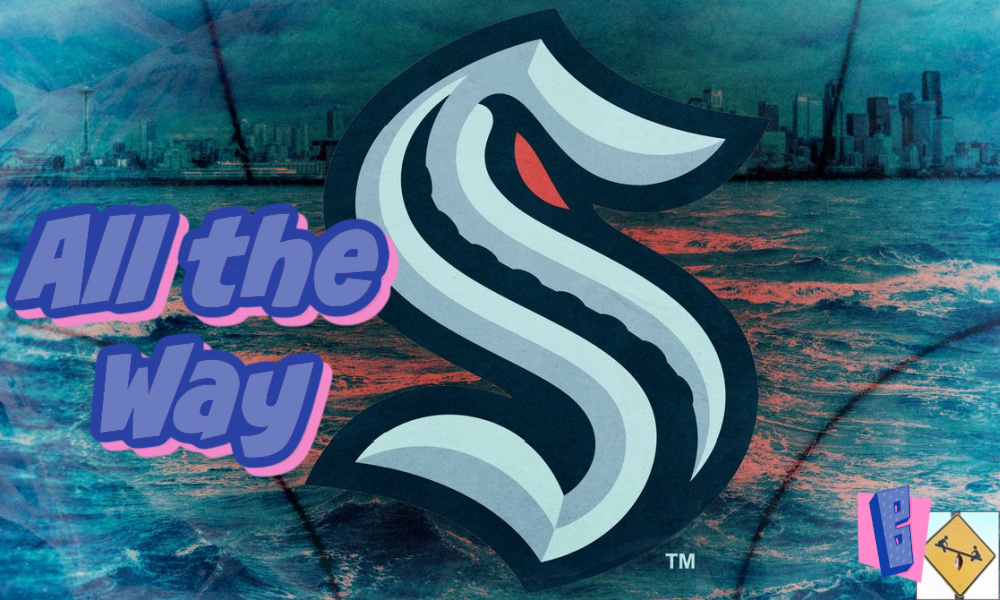 The NHL has great parity, but that doesn’t make the impossible any easier. What about an actual expansion team champion? The Seattle Kraken are our greatest hope in all major sports, not just hockey.

The NHL’s Seattle Kraken will join the league this coming season, entering with an impossible ask. Can they win the Stanley Cup as an expansion team? Seattle gets to pick their starting roster this very week, as the expansion draft takes place July 21st. There are obviously lots of rules and stipulations as to who became available from each team (other than Vegas) to create this player pool. But, as we saw with the Golden Knights, an expansion team can certainly compete right from the jump. Yet let’s not limit the Kraken’s potential.

One would assume that the Seattle Kraken want to win it all right from the start, but perhaps not. Competing for titles in year one is not necessarily a fair benchmark for Seattle, let alone their goal. Though there are loads of talented veterans available to select, the franchise may choose to go in a different direction, to build more from the bottom up with young players and great contracts. Let’s hope they ignore that boring yet thoughtful approach and opt to go for broke. The Kraken are our greatest hope for an expansion team champion.

Seattle Kraken and the Impossible

We haven’t had an expansion team in another league in quite some time. When we did, they were not very good. Vegas surprised everyone by making the Stanley Cup finals in year one of their existence. It is hard to see that happening in other sports. Again, not that league runner-up is the checkpoint, but even competing for a playoff spot feels like a hard ask.

The reasons it wouldn’t work in the NBA are fairly obvious. So few players swing the entire outcome of the league. None of those types of players would be available to an expansion franchise. Thus, they wouldn’t compete. The dream scenario for competing right away would be acquiring Russell Westbrook or John Wall types that have contracts teams are trying to jettison. That would not make a title contender, and it would cripple the new franchise, so it’d be a non-starter.

The NFL seems fairly obvious in the other direction. An expansion NFL team could compete in the same way an NHL team has: acquiring very good players on contracts their teams can no longer stomach, while piecing together useful talent around them. However, they would have to get a quarterback, which separates it from hockey, where the goaltender isn’t close to the same thing. If a middle-tier QB who was too expensive went unprotected, we have the makings. The NFL, oddly enough, where it is hardest to actually make the postseason, seems to possess the easiest path of our remaining leagues.

Baseball is interesting because we have no frame of reference. There is no salary cap, so, ostensibly, no contract is too expensive to absorb. That also means that no current team would feel as strong of a need to dump a bad contract. So who would be left for an expansion draft?

It would probably be past-their-prime veterans on bad deals and unproven youngish players who are not thought of as prospects. That hardly feels like the makings of a playoff foe. Then there’s also the issue of filling up an entire minor league system. I’m not even sure how that would work.

Hockey is obviously done expanding for a while, having gotten up to 32 franchises. The NFL is already there. Both baseball and basketball are at just 30 teams apiece though. And we’ve heard discussion about both potentially adding down the line. It would certainly be fascinating, but I don’t see either league’s expansion squad competing like Vegas and potentially Seattle have/can in the NHL. Let’s go Kraken! You are our only hope.

The Seattle Kraken are truly the only hope for an expansion team winning a championship in our lifetimes. Lofty expectations! It is simply too difficult to pull off in any other league, not to mention the precedent set by Vegas in the NHL. An expansion team is not winning the title in any other sport for many more reasons beyond the ones you outlined. Parity is at its peak in the NHL, higher than in any other sport. Look what happened this past season with the playoffs. Tons of outliers made clear runs and one of them got all the way to the Stanley Cup… much like Vegas did as an expansion team.

Parity in the NHL is why Seattle has even a remote shot at achieving the impossible. Nobody gives up their good players for an expansion draft, but with parity being so high in the NHL, many good players enter the expansion draft. We must also consider several non-measurable aspects that only expansion teams possess.

More BuzzChomp: Your First 30 Day Fitness Challenge Should Be This One

A bad team has very low expectations entering a new season, yet there remains an expectation to do better. The players want to prove themselves and forget the stink of past failure. No matter how bad the players and coaches and team want it, shaking that stink of failure can be very hard. It sticks to teams. The same is true of successful teams who quickly fall from grace. Expansion teams have zero expectations. They have nothing to prove and only one way to climb. This is the only time in a team’s existence where the slate is literally clean.

With a clean slate comes an infinite amount of hope and potential. No one expects the Seattle Kraken to do much, but we all recognize the team is made of fully untapped potential. These players, both good and bad, have never played together. This team never existed before. Every new accomplishment is a team record and first of its kind. There is no greater opportunity in sports. The NHL offers a new team the best shot at beating the odds. Good luck Seattle Kraken. We are all rooting for you.