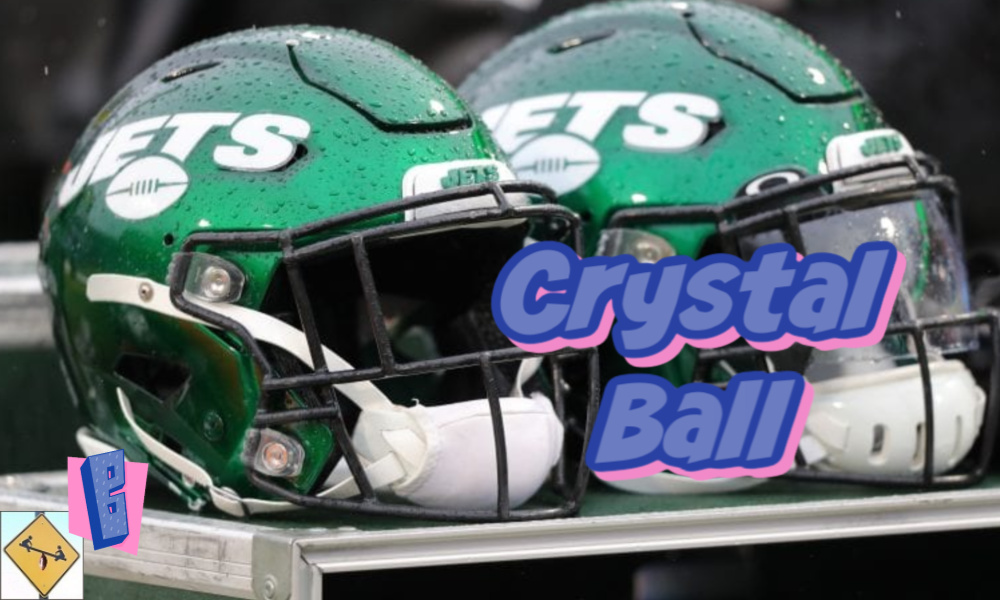 Two types of New York Jets fans exist; the ugly pessimist and wild optimist. Sitting in between is me, and New York’s actual win total projection for 2020. What is it?

The NFL looks vastly different in 2020 and this has nothing to do with world events. Tom Brady has switched conferences. The old-guard of quarterback heroes are teetering on retirement and the playoff field has gained additional teams. Where does this leave the New York Jets 2020 win total projection? Take a look at the 2020 schedule. Its never easy in New York.

I love to pit the optimist versus the pessimist, because New York Jets fans come in polar opposites. You either love the team and they can do no wrong, or you love the team and hate everything about them. Thankfully, I fall fully in the middle and can point my crystal ball at both extremes with ease. Which version of the New York Jets is closer to reality? The team avoided most of its offseason pitfalls, so things are trending up this season.

Optimist: (Win) Defense and the running game will win this week one matchup and the Jets have both in droves. They edge out their division rivals after blowing this same game last season. It sets the tone for the year.

Pessimist: (Loss) The new offensive line is still working out its kinks and New York can not get anything going against a seasoned Bills team. Its an ugly start to a worrisome season.

Optimist: (Win) The 49ers are solid defensively, but their offense struggles early against the Jets in their home opener. New York opens up its passing game, while letting Jamal Adams work it before the home crowd.

Pessimist: (Loss) San Francisco is once again a dominant team, while the Jets are growing awkwardly. Its a close loss, but still a loss. Doom awaits.

Optimist: (Win) What happened to the Colts? They are no match for the revamped Jets, who easily grab their third straight victory of the young season.

Also on BuzzChomp: NFL Delayed Start Unlikely, But Should It Be?

Pessimist: (Loss) Playing on the road will doom New York this year. They can’t stop Philip Rivers, nor find the endzone with any consistency. Another loss and this year is over already.

Optimist: (Win) Mark down another victory for New York, who appears every bit the playoff team this year. Denver is trying to find itself, making them easy pickings for the Jets.

Pessimist: (Win) New York’s first win of the season! The Broncos can’t keep up with the Jets at home, as New York saves its season for the time being.

Optimist: (Win) More home cooking for New York is just what the doctor ordered. Kyler Murray is no match for this Jets defense and Bell runs rampant all day to the tune of 150 yards rushing and 200+ yards from scrimmage.

Pessimist: (Loss) Perhaps last week was an anomaly, as the Jets once again look like the team that lost three straight to start the year. The schedule only gets tougher and this team is barely treading water.

Optimist: (Win) Look out, because the Jets just took Los Angeles by storm. The Chargers are still trying to find themselves and New York’s defense takes full advantage.

Pessimist: (Loss) Traveling across the country is more than enough to handicap New York in this week six matchup. Its hard for the Jets to find wins this season and Adam Gase is going to pay the price.

Optimist: (Win) We know this is a different Jets team, because they sweep the season series against Buffalo, rather than split like usual. New York is on a roll and has massive momentum heading into the biggest game of its season in week eight.

Pessimist: (Win) Season splits with division rivals seem to be the norm for New York. They eke out a win at home against the Bills, who lose this game with too many mistakes.

Optimist: (Loss) The defending Super Bowl champions are too much for New York, who is playing on the road. But the Jets prove to themselves and the league that they are legit contenders, hanging with the Chiefs until the very end of quarter number four.

Optimist: (Win) No Tom Brady, no problem for the Jets at home. They know how to beat New England, who lacks magic even with Cam Newton at quarterback. Consider this a statement win, bouncing back from a tough road loss the week prior.

Pessimist: (Loss) Everyone wants to play the Jets this year. They are out of contention and barely competitive, even at home.

Optimist: (Win) Miami is solid, but not yet a playoff team. Gase rolls into Florida and stomps on the Dolphins, exerting dominance over the AFC East division with back to back victories.

Pessimist: (Loss) The Jets are on the road, so you know its another loss. Injuries have piled up and the stars are slowing it down with the playoffs out of reach. Miami easily wins an ugly game versus New York.

Optimist: A late season bye is perfect for this playoff team. New York is currently 9-1 and in full control of the AFC East. Their six remaining games are a mixed bag, with a west coast road trip mixed in. Kicking things off at home against Miami will be perfect.

Pessimist: This marks the unofficial end to the Jets season. The remaining games are all about preventing injuries and contract negotiations. How high will New York draft in 2021? Depends on how much more losing takes place this season.

Optimist: (Win) New York knows the Dolphins’ weaknesses and takes them down in back to back games. There’s nothing sweeter for Gase than beating his old team twice in a row.

Pessimist: (Win) New York finds a way to win at home, using the BYE week to get a grip on itself. The season may be over, but this team still has pride.

Optimist: (Win) The Raiders are clawing towards a wildcard spot, but are no match for the Jets. New York appears to be among the elite this year and their eleventh victory solidifies that status.

Also on BuzzChomp: Running Outside versus Treadmill Running; Revisited

Pessimist: (Loss) Every win is followed by an ugly loss. Gase’s job is in serious jeopardy. Will he survive the full season?

Optimist: (Loss) Seattle’s homefield advantage is on full display and New York stumbles late to lose a close game against the Seahawks. How they respond on the rest of their west coast trip will define this team’s ceiling.

Pessimist: (Loss) A last second field goal clanks the crossbar and New York loses a game that should never have been so close. The Jets can’t catch a break, but they don’t really deserve one this season.

Optimist: (Win) The Rams playoff hopes take a huge hit as the Jets complete their road trip with another win in Los Angeles. This victory clinches the division for New York, giving them twelve wins already.

Pessimist: (Loss) Another week, another road loss for the Jets. Gase is being allowed to play out the season, but everyone knows he won’t be given a third go at helping this team make the playoffs.

Optimist: (Win) Home cooking is good for New York, as they win their final home game against the struggling Browns. The Jets can actually rest players in their season finale, because the playoffs are all locked up.

Pessimist: (Loss) The Browns are bad, but the Jets are worse. One more week and this ugly year comes to a fitting end.

Optimist: (Loss) The Patriots need this game to secure a playoff spot, while New York rests its starters. Its closer than it should be, but the Jets still lose a meaningless week 17 matchup. Bring on the playoffs!

Pessimist: (Loss) Its over. The Adam Gase debacle is over. New York loses again, but it no longer matters. This team will look dramatically different next year, because they need talent. Look for trades to come and a coach who isn’t afraid to take on the media.