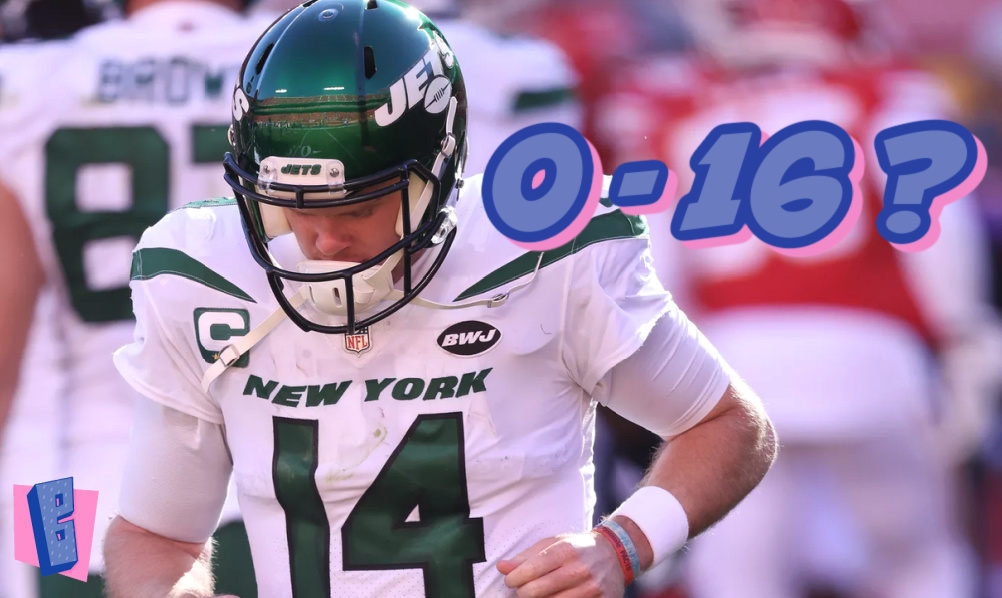 It’s happened 12 times in NFL history, but only twice in the last thirty years. Will the New York Jets win a game in 2020? Unlikely, despite the odds against them.

The New York Jets are aiming to join exclusive company, making history as the third winless team in the modern era of NFL football. Only the Detroit Lions (2008) and Cleveland Browns (2017) failed to win at least one game in the last 30+ years of NFL action. One can argue that both teams came out better after bottoming out, yet it still remains unlikely the Jets join them in the gutter. Most teams win at least one game. Will the 2020 New York Jets?

Way back in July I broke down the entire season for our Jets as both an optimist and pessimist. Even my most pessimistic view of the year had New York winning three games by defeating Denver in Week 4, Buffalo in Week 7, and Miami in Week 12. I figured the Jets, at their worst, would split with their division rivals and grab a win over the equally hapless Broncos. Well New York should have beat Denver, but lost by a point or two. They could have beaten the Bills, but fell deeper into ineptitude. Will they beat the Dolphins and avoid making history?

Facing the New England Patriots (2-5) in Week 9 and Los Angeles Chargers (2-5) in Week 11 presents the best two opportunities for New York to steal a win. New England is free falling and unsure of its quarterback situation. That being said, there is zero chance they allow themselves to lose to these Jets. Los Angeles keeps finding ways to lose games, but has a dynamic young rookie quarterback who is too good to lose to New York. Neither of these games result in a victory for the Jets, despite the poor records of their opponents.

Also on BuzzChomp: The Mandalorian is Back for Season 2 with Wild Cameos

Playing the Miami Dolphins (4-3) in Week 12 still stands as a true opportunity for the Jets to win. This is because of the “trap game” mentality that can easily befall the Dolphins. Miami destroyed New York earlier this season and is now being led by a rookie quarterback. They are certainly the better team, but this is Adam Gase’s former team we are talking about. Gase wants this win more than most and the Dolphins have every reason to overlook their opponent. Consider this game a solid maybe.

Let’s breeze on by the next three weeks, because New York faces the Las Vegas Raiders (4-3) in Week 13, followed by the Seattle Seahawks (6-1) in Week 14 and Los Angeles Rams (5-3) in Week 15. All three teams are legitimate playoff contenders with veteran quarterbacks. None will fall to the Jets, but if I had to pick one it would be the Raiders. I still don’t see it happening.

To end the season, New York faces the Cleveland Browns (5-3) in Week 16 and the New England Patriots (2-5) in Week 17. Cleveland is an enigma and has yet to be consistent, but has way more talent than the Jets can handle. A season split with the Patriots is possible, if not for Belichick ensuring he isn’t the only victory on the Jets calendar. Bill will run out on the field himself to make sure that doesn’t happen.

I simply do not see it happening. I do not see how the Jets win a game this season. My colleague Bud in the “3 Man Booth” has been saying this since late August, but the odds were stacked so heavily against it happening that I could not embrace his prediction. Now that half the season is over, I find myself believing in his overly pessimistic view. How can THESE Jets win a football game? Who is going to let that happen, because we know New York is not going to do enough to win.

Three other teams (Houston, Jacksonville and New York 2.0) currently have only one victory, so it behooves the Jets to avoid winning and secure the top pick in the draft. There’s little guarantee either of those other three teams manage another win. Houston and the Giants should win again, but could easily not. The New York Jets will not win. I’ve never seen a football team so bad as the clump of flesh in green and white that has yet to form into anything resembling a competitive team.