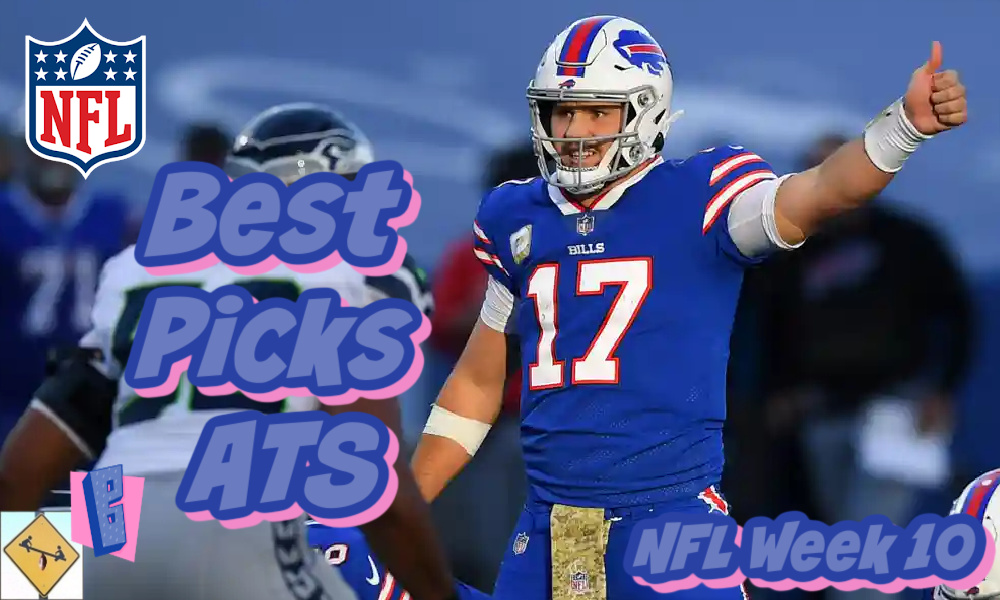 The lines are razor thin in NFL Week 10 so take the points where you can get them. Dan and Todd have your best picks against the spread (ATS). Four teams worth wagering your house… just don’t bet that much.

NFL Week 9 was the week of late-game heroics. There were a whole slew of teams who scored more than 10 points in the fourth quarter in attempts to either win the game for real, or at least make it look respectable after the fact. Not all succeeded, but the truckload of fourth-quarter points is something of which to take notice.

That’s nine teams that topped 10 fourth-quarter points. The week before, there were only five. Going back even further, we can see how rare nine teams are when as many as four are out on bye.

We don’t know what to make of this late-game avalanche, but we do know that no one can feel safe with any favorite trying to hold a sizable spread margin. That means we must take the points where we can get them in NFL Week 10. The only alternative is a team facing vastly inferior competition. These are your Best Picks Against the Spread (ATS) for Week 10 of the NFL 2020 season. All lines come via Odds Shark, which compiles the complete list of Vegas Sports Book betting lines.

These are two games where the road team appears to be the superior club. Because of betting trends, the home squads are still the favorites. I’ll take the points and back the better teams in week 10.

Buffalo is 3-1 on the road straight up and against the spread. It is also a copycat of Arizona with a better offense. The scrambling quarterback, the big-play wide receivers, the offensive lines who struggle to open up rushing lanes, and the occasionally leaky defenses.

Los Angeles has a better case for defending its home field, but with another week for the Seattle offense to get healthy, the Seahawks are hard to bet against. They are also hard to hang with. Seattle is scoring a league-leading 34.3 points per game. Between the two of us, we’ve selected Seattle ATS three straight weeks now. There is something endlessly engaging about a high-powered team with an MVP candidate who can’t stop anyone defensively. It will be up to the Rams to keep pace. Worth mentioning, the Rams have just one win against non-NFC East opponents.

The Steelers underestimated their opponent last week and barely escaped with a win over the Cowboys, failing to cover the spread in the process. Pittsburgh will not make the same mistake two weeks in a row, especially against a divisional opponent with an equally bad defense. I love the Bengals offense, but it’s no match for these Steelers. We are only dropping a touchdown in this game and I fully expect a prove-it game from Pittsburgh. Big Ben will play and that seals the win.

I don’t love either of these teams, but that makes this an even better pick in favor of the Broncos. Both Denver and Las Vegas have shown flashes of good football, as well as failed to live up to expectations. The Raiders seem to be playing most teams close and the Broncos have found some offensive success of late, so taking points with a team that can win outright is a solid bet. Back Denver in a potential AFC Wildcard deciding game.