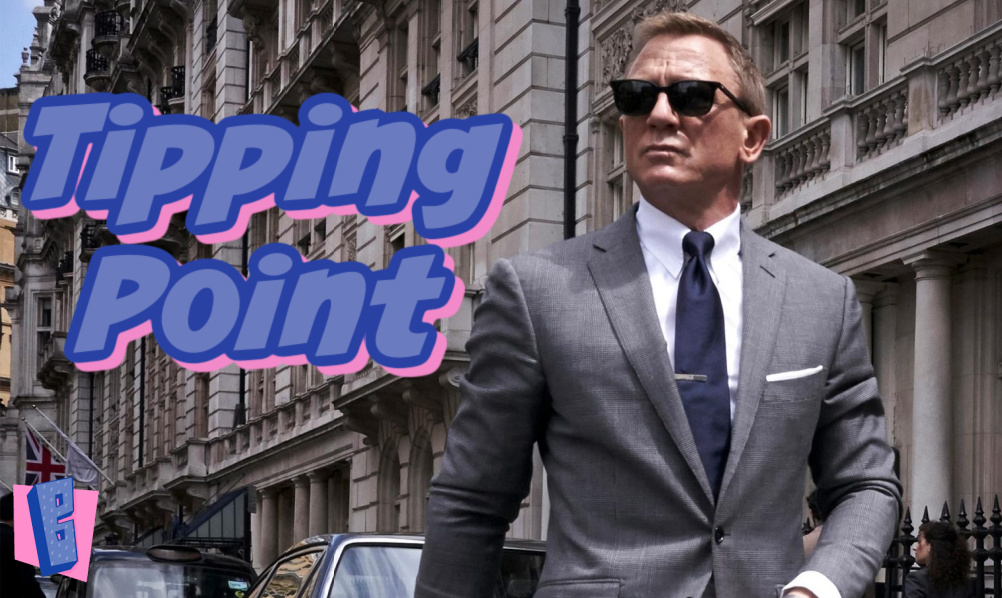 Movies are amazing and that won’t change, but forcing films through an old and broken system is mercifully over. James Bond 2020 on VOD signals a new era in Hollywood where ingenuity and forward thinking rule the day.

Just accept it. Rip the band aid off. James Bond’s inability to premiere in theaters as was tradition signals a new era in Hollywood. But this has been over a decade in the making, so please don’t act surprised. Hollywood is desperately clinging to the old business model of premiering movies because it was known to generate billions of dollars in revenue. Yet money is fluid and what constitutes a premiere is no longer black and white.

Forget the idealized view of going to the movies, because that experience has been dead since DVDs became BLU RAY and televisions went plasma. What we love about movies remains constant, not how we watch them. As ticket prices climbed and viewing options expanded, along with an explosion of legitimately great television and mini series, audiences changed dramatically. They will never change back.

People went to the movies for the experience, something James Bond would have provided. It was a glorious experience during my youth, but one that became increasingly irrelevant as I matured into adulthood. Hollywood was unable to answer one simple question: why should someone overpay to watch a film in theaters, rather than wait three months to see it at home on their large television? It’s unfair to say we ignored the question, but rather than answer it, Hollywood flexed toward only movies that guarantee large profits. This meant only blockbuster tent-pole films were truly worthy of theatrical release. Kids movies were worthy for the same reasons, but most other films no longer made the cut.

James Bond is an exception and does not prove any kind of rule. It became bad business to release films in theaters that weren’t going to make a splash and could not guarantee lots of money. Frankly, doing so was always bad business, but the risk involved shot through the roof because the home viewing experience truly rivaled a night out. This problem was caused by Hollywood itself. We collectively refused to alter the movie-going experience and allow comedies and dramas to thrive on the big screen. Independent films were forced to gain buzz at festivals in order to justify a theatrical release with the hope that audiences might care. Bad business.

Also on BuzzChomp: Every WTF Moment from Lovecraft Country Season 1

So what of James Bond 2020 to VOD? We’ve finally crossed the tipping point and Hollywood is being forced to reckon with the world it created. Streaming services are incredible, as are VOD and other premium view-from-home options. But asking north of $600 million for the rights to stream the new James Bond completely ignores how streaming and VOD services actually work. MGM asked for an amount equivalent to the minimum they hoped to earn from a traditional theatrical release. Keep squeezing that square peg through your round hole. It will never fit.

Hollywood is choosing to wait and release many of its blockbuster films with the hope that they can earn a traditional revenue theatrically. Talk about a flawed plan riddled with holes and assumptions. I get it, you spent millions on your movie and need to make it back. You failed to think big picture and continued to operate with a dying business model. But don’t assume people will flock back to theaters and don’t assume theaters will be prevalent enough to generate the revenue you expect.

Most Hollywood studios employ a futurist, someone who’s job it is to think about the future and help plan for it. Fire away, because either they suck at their job, or you refused to listen. Releasing movies like James Bond 2020 on VOD or streaming can and will be a massive success. But you must treat it like something new. Quibi failed because they treated short form content like it was long form, while limiting access to mobile devices. A total failure top to bottom. Now is the time to avoid another pie in the face. Change how we make movies, change what they cost, and change how you market and release them. It’s the only way to thrive in a changed world where no one cares where they watch a film, as long as its an experience.