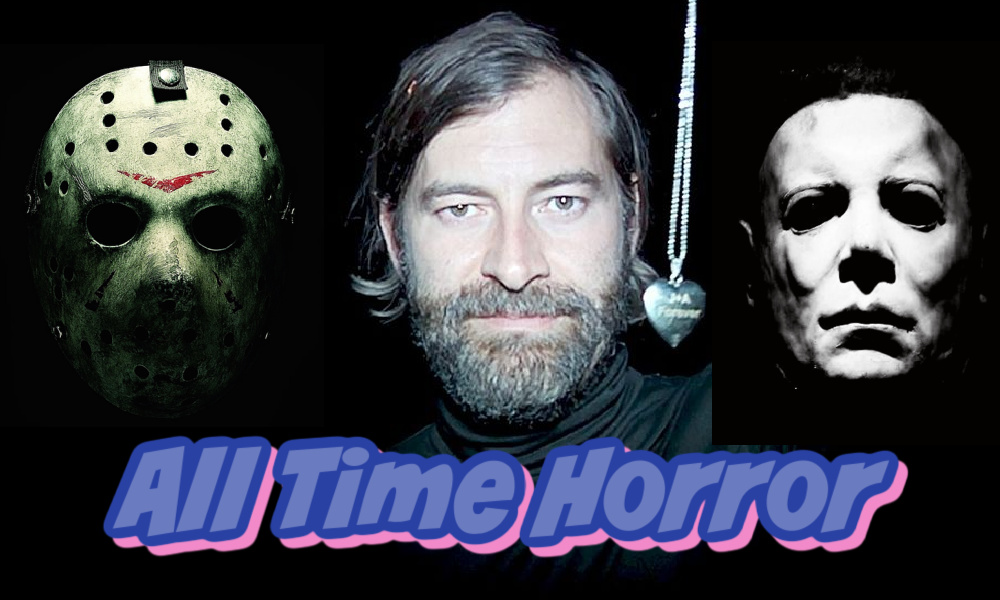 No one can debate that feeling in the pit of your stomach right before you jump out of your seat in fright. Its universal and so are the 13 scariest horror movies of all time. You know them, but how well?

Horror is freakishly simple, which makes it further petrifying for its audience. We love a great scare, but which movies give you nightmares? Which films stick with you and ensure you’ll never go down into the basement alone? Prepare to run upstairs for no good reason, because things are about to get scary.

From undead pets to murder for pleasure, our 13 scariest horror movies cover every evil death and disturbing secret. When and where you watch these films will surely determine your level of scare, but don’t watch them alone. Always travel in pairs so at least one of you can escape while the other dies. We are counting down from 13 to 1, from deathly scary to the scariest movie of all time. *** SPOILER ALERT ***

A group of young adults get trapped in a cabin in the woods. Simple enough premise that is freaking scary! We all want to get away, especially in 2020. What better place to escape than a remote cabin in the forest? Don’t go, because ya gonna die. You will get trapped in an elaborate game that you cannot win, because you can never win in a horror movie.

We are all familiar with ghosts, but dead animals coming back to life is the worst possible version. This movie is a combination of ghosts, zombie animals and possessed humans wreaking havoc on a once happy family. When the little boy stabs his grandfather in his Achilles heel… and zombie pets. Never build on an ancient Native American burial ground. Come on people!

You think its Jason and you’re waiting for the famed hockey mask, but this movie is way better than all of the sequels. Another cabin, this time on a lake, is haunted by a masked killer who murders young adults working at a summer camp. We’re already seeing repetition in our story premises, but that’s because the horror is all about the villain. Its his mom. Its Jason’s mother.

This movie is one of my favorites and is the perfect encapsulation of anarchy and a post-apocalyptic world gone crazy. Hate your neighbor? You can kill them on a single designated night a year. The scary part is that this concept feels less and less farfetched as we get deeper into 2020. I’m not advocating a purge, but there are a lot of people that need to go away.

9. The Hills Have Eyes (the original)

The title of this film speaks directly to the horrors within. Something or someone lives within the hills and they are always watching you. Its creepy because you never see it coming. One minute your favorite character is alive and the next they are a bloody mess.

8. Nightmare on Elm Street (the original)

Nothing is scarier than nightmares that literally kill you. Freddy is coming for you and his song still haunts me to this day. One, two, Freddy’s coming for you. Three, four, better lock your door. Five, six… you’re already dead. Good luck convincing anyone but the parents who incinerated him that a dream murdered your friend. Also, a young Johnny Depp gets sucked into and spit out of a bed. Win, win!

The scariest part of this movie is that the poor victims were just looking for directions when their car broke down, or something similarly benign that gets them to a random farm in the middle of nowhere. Our chainsaw massacre is long and bloody and full of hope, until everyone dies. Leather face must get his skin.

Escaped mental patients are no joke, especially when they originally murdered their family. Michael Myers has a knife and the creepiest mask imaginable. He also comes with a killer theme song that sends chills down my spine. Michael is kind of super human and cannot die… for some reason. Makes it all the more scary.

Its not a personal nightmare, or at least it wasn’t until I saw this movie. Waking up in chains as part of a sadistic game is now something I fear. You can actually win this game, but not without losing a part of yourself… literally. Or murder. You can always murder someone to save yourself.

I despise clowns, mainly because of this horror film. They look all innocent and funny, offering you a cute red balloon, but no! Clowns are murderous devil creatures that only want one thing. Death. This movie is truly scary because the clown lures children and sucks them into the sewers. It also haunts on a cycle, meaning the curse is forever.

This movie could easily be number one, but is so graphic and gory that I’ve blocked quite a bit of it from my memory. Young adults visit a hostel, get captured, tortured, and ultimately murdered. Except nothing about their death is rudimentary, and this movie is so disturbing I don’t think I can watch it again.

Something about the unknown and its ability to kill you is freaking scary. I’m always up for a solid dare, so the fact that one is dared to watch a movie within this movie that kills you… For those that never rented tapes or DVDS, this film might feel less ominous. But the fact remains, if you watch this video you will die. Do you dare to question the legend?

On the surface this is a standard serial killer film, but it is so much more. Creep is beyond creepy and the way its shot in a first person narrative, as our killer films his encounters, will haunt you. He doesn’t just kill people, he psychologically murders them before taking their life.