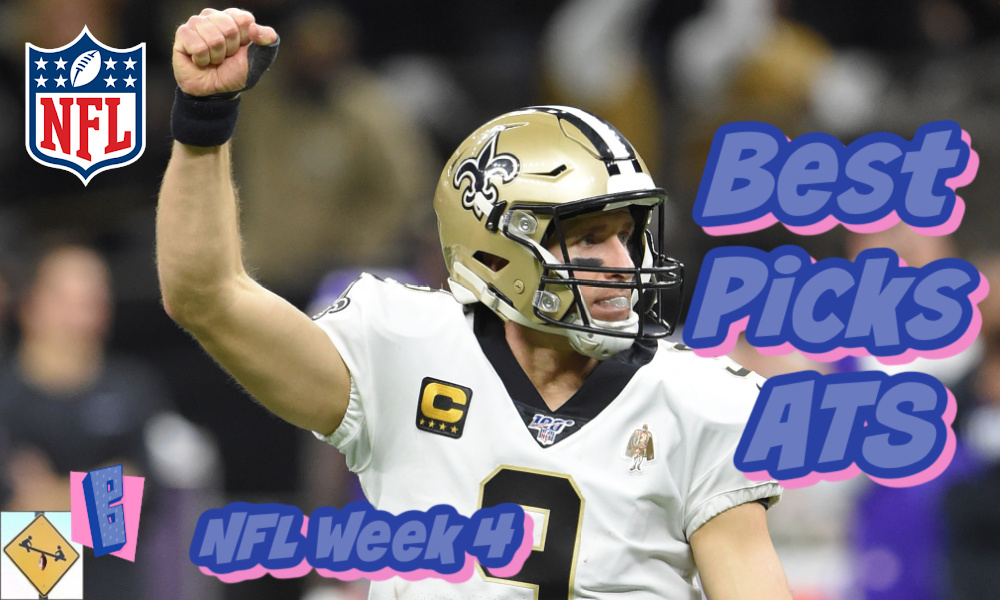 We’re riding a major hot streak straight into your NFL Week 4 best picks against the spread (ATS). You better bet with us. Dan Salem and Todd Salem provide two teams worth wagering your house… just don’t bet that much.

This is the way the 2020 NFL season should always have begun. No one knows what to make of it or how it will proceed, except us of course. We aren’t sure there’s anything to learn because it is unlike anything we’ve had before or will (hopefully) ever have again. The games feel normal though. That’s a win in and of itself.

Where does this leave us for betting the NFL Week 4 action? Look for those teams playing games close, win or lose, as well as the ones that just keep winning. These are your Best Picks Against the Spread (ATS) for Week 4 of the NFL 2020 season. All lines come via Odds Shark, which compiles the complete list of Vegas Sports Book betting lines.

It is early, but Buffalo feels like a legitimate contender. I can’t say the same for Las Vegas. Josh Allen makes many mistakes in a given ballgame, but he is also a flat-out playmaker. He is what Daniel Jones hopes to become and realistically what New England hopes Cam Newton settles into: a big, bruising runner with a strong arm who is prone to inaccuracies but can make plays for his team.

Right now, Allen is making a ton of plays while limiting the big mistakes. The Buffalo defense isn’t on the level many of us expected, yet it hasn’t mattered to this point. I don’t expect it to matter against the Raiders either.

Atlanta has lost the past two games by a combined five points. Those losses came in perhaps the most debilitating fashion possible, which means this season can go one of two ways in my mind. Either the Falcons will continue to fight, knowing they are the better team for most of these contests, or they will fall off a cliff after such disappointment. I’m gambling on the former.

Green Bay has already been in three high-scoring, shootout type games. This should be a fourth. Julio Jones is more likely to return than Davante Adams, though both star receivers could play in this contest. Either way, Atlanta should be able to stick within a touchdown of a GB team that has needed to fight back in multiple games already this year.

Of all the teams with a chip on their shoulder, New Orleans has the most to prove and the highest expectations. I do not believe this is the end for the Saints, but rather an early season stumble that requires a major “prove it” game. That will be this game versus the Lions, who have been scraping by all season. New Orleans proves they are still a playoff contender with a dominant victory. Four points is nothing to worry over. Saints all the way.

Overcoming adversity is the mark of a champion and San Francisco has faced more than most this season. Despite the injuries and a surprising Week One defeat, the 49ers are playing great football. Philadelphia is quite the opposite. The Eagles are hurt, but barely staying competitive. They were lucky to tie the Bengals last week and won’t hang with San Francisco in Week 4.

I’d probably give up two touchdowns in this matchup, especially since the 49ers are at home. But we’re only dropping 6.5 versus the reeling Eagles. Give the points, back the defending NFC Champs, and extend your winning streak this season.