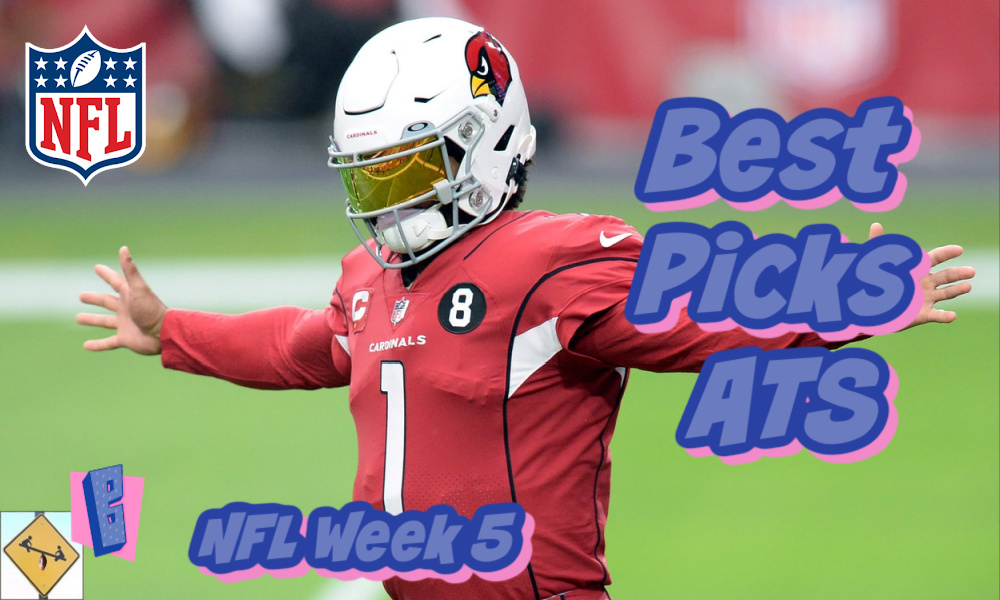 After 1/4 of the season, Dan and Todd are riding high. These are your NFL Week 5 best picks against the spread (ATS). Four teams worth wagering your house… just don’t bet that much.

The 2020 NFL season took a turn in Week 4. COVID finally pushed itself into the narrative in a major way. Sure, players had tested positive before, but nothing impacted the sport like this past week. The Tennessee – Pittsburgh game had to be postponed entirely. Fortunately, bye weeks aligned closely enough where the game could be neatly slotted into a week during the middle of the season. New England – Kansas City was postponed as well, but was able to be played on Monday night because positive tests hadn’t spread.

By this point, we know this much about the coronavirus. Positive tests can still spread seven days later, even if someone shows no symptoms. The league certainly does NOT have this under control. From a health and safety standpoint, this could spiral into a national disaster. From a competition standpoint, what does the league do if teams need impromptu bye weeks more than once? The sport isn’t meant for the flexibility of, say, baseball.

We saw MLB utilize double headers and all the days off to fit in games that were missed, but you know what? By the time the season ended, we still didn’t get every team back to 60 games. What if some NFL teams don’t play all 16 games? It sure doesn’t seem like that’s a plausible outcome in this sport. Pushing back the playoffs by one week might be a reasonable solution, but delaying the Super Bowl would be a nightmare.

What does this mean for betting the NFL Week 5 action? Its time to take the points, because these lopsided spreads are fool’s gold for favorites. These are your Best Picks Against the Spread (ATS) for Week 5 of the NFL 2020 season. All lines come via Odds Shark, which compiles the complete list of Vegas Sports Book betting lines.

The Jets are one of four winless teams left. They are one of four winless teams against the spread as well. And they have the worst point differential in the game. Let’s just say this is a soft landing spot for Arizona’s bounce-back. The Cardinals may not be anything special this year; folks may have jumped the gun on anointing them a postseason contender after Week 1’s upset. But you don’t have to be anything special to beat the Jets by at least a touchdown. In fact, to this point, all you have to be is an opposing football team.

One difference between the two clubs is Houston just fired its coach. New York is holding off on that for some reason. Does the firing jumpstart the Texans? I don’t see why it would. I targeted them as the team in their conference to fall from first to last even before Bill O’Brien was given his last chance. But no matter, because Jacksonville doesn’t have to cover a touchdown here. In fact, the Jags are getting 6.5 points.

It’s time to start taking the points, because Vegas is attempting to define who’s good and bad in the NFL. New England is a decent team, but not a double-digit favorite. Denver’s offense has been playing good football and the defense is starting to get healthy. I expect the Broncos to challenge the Patriots, meaning our 11 point lead is more than enough to cover. Road teams getting points. That’s what month two of this crazy NFL season will be about.

Another semi-decent team with a bad record is the Miami Dolphins. They’re no slouches and San Francisco just lost to the ugly Philadelphia Eagles. Perhaps it’s because the 49ers are hurting bad, but this will not change dramatically in one week’s time. I like the Dolphins to push San Francisco around and truly challenge them for an upset win. We are once again getting more than a touchdown, so feel good about the Fitzpatrick magic.