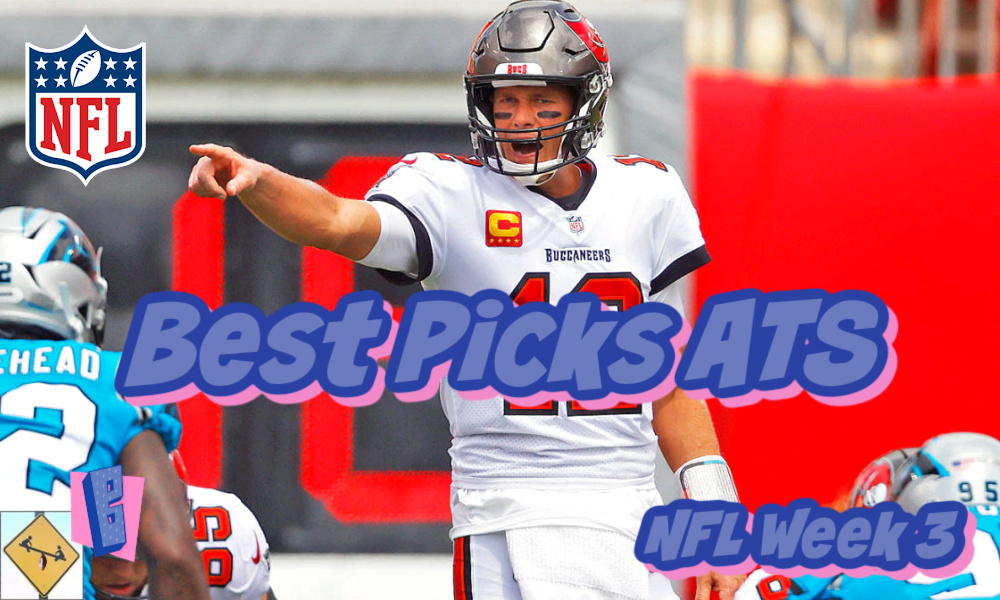 The league is full of turmoil, but we remain on top. A winning record is where its at. These are your NFL Week 3 best picks against the spread (ATS). Dan Salem and Todd Salem provide two teams worth wagering your house… just don’t bet that much.

Injuries crippled teams around the league in Week 2. It is not fair to say that the odd offseason caused this rash of injuries though. Many were of the fluky variety, such as torn ACLs and sprained joints. Normally, when folks point to a lack of preparation, there are muscle/tissue injuries as the consequences. Not here.

That doesn’t change the picture. San Francisco, one of the premiere contenders in the league, lost its quarterback, top two running backs, and best defensive player all in one afternoon. The top two players in fantasy football both went down, one for the season. Denver, a sleeper contender, lost its quarterback and top offensive play-maker. Green Bay may be without its top receiver. The Chargers are now without their starting QB, which could be a good thing. There were numerous linemen who went down as well all over the league.

Where does this leave us for betting the NFL Week 3 action? These losses have not changed the lines in Vegas by much, but they could sneakily change outcomes. For example, no one is going to adjust a spread because Philadelphia lost another offensive lineman, but be sure that the Eagles will be worse for it. This means we must ride our favorites this week, preferably in mismatches. Several teams are obviously good and several obviously bad. Don’t ignore the obvious.

These are your Best Picks Against the Spread (ATS) for Week 3 of the NFL 2020 season. All lines come via Odds Shark, which compiles the complete list of Vegas Sports Book betting lines.

Denver is one of the teams whose point spread probably did change after a rash of injuries. I, however, don’t think it changed enough. The Broncos, already without Von Miller and A.J. Bouye on defense, will be trotting out Jeff Driskel at quarterback, with no Courtland Sutton and perhaps no Phillip Lindsay to throw to. As Tom-pa gets rolling, with Chris Godwin set to return, a six-point cover should be in the bank.

I was high on the Lions entering the season, and if you squint, they’ve actually been impressive. Detroit has held a double-digit lead in each game thus far. It was up 23-6 in the fourth quarter against Chicago and 14-3 in the first half against Green Bay. Both games went as bad as they could have from there. But shouldn’t an NFL team be able to adjust after multiple weeks of lagging in the second half? With Kenny Golladay due back, Detroit gets a bump from that as well.

If Arizona has really arrived on the scene, this is probably an easy cover, but I picture a slide back to the pack here for the Cardinals. This will also be the best quarterback the Arizona defense has faced thus far. Considering George Kittle was banged up in Week 1, Golladay could also be the best skill player they’ve had to face.

This is what I’m talking about! Home favorites in NFL Week 3 have my eye, especially when the visiting opponents are significantly inferior teams. Both happen to be from Texas, but no matter. The Steelers are playing great and Houston simply is not. Don’t be fooled, because the Texans are no pushovers. But Pittsburgh minus barely more than a field goal is our sweet spot. Take the Steelers.

Dallas is lucky to have a win, as the Falcons gifted them the opportunity to come back and win last week. Fans will argue that the Cowboys were robbed in Week 1 of the opportunity to beat the Rams, but this team is simply misfiring to start the year. You know who is playing like it’s already the playoffs? The Seattle Seahawks, who look like a scary good team. Consider me pleasantly surprised slash wrong about Seattle, meaning I must accept reality. The Seahawks are good, so give up less than a touchdown at home. They will win.