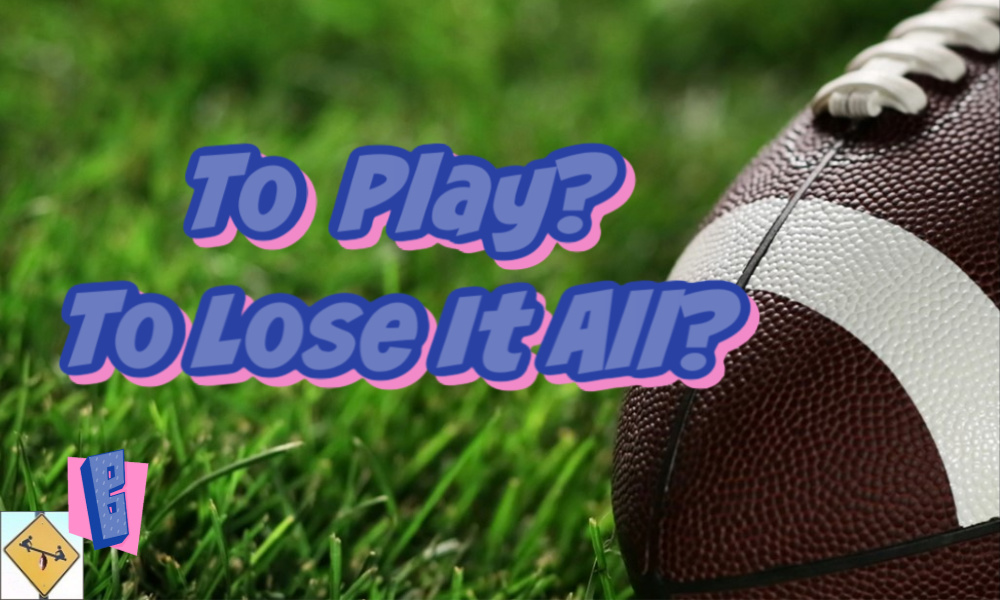 To play or not to play. To lose money or risk losing everything. A lose lose dilemma faces 2020 college sports as schools bleed money with no obvious answer to the current riddle. Football is no exception.

As the professional sports in America attempt to restart this summer, sports fans’ eyes move slightly ahead to the fall where big questions loom for collegiate athletics. What the heck will 2020 college sports look like, if they exist at all?

This month, conferences are coming out with declarations about how NCAA sports will be handled when schools are supposed to begin again. Some have canceled all fall athletic programs. Others have announced shrunk schedules against in-conference opponents. Still others are awaiting more information, as we all are.

The interesting thing about NCAA sports as compared to leagues like the NBA or MLB is obvious yet warrants outlining. NCAA sports are played by students. They are not professional athletes, and thus not paid to participate like it’s their job. Instead, the students are essentially playing for fun and the benefit of the school itself.

That is an oversimplification of the reasons people play sports, but the students who would be participating in fall sports are no different than the students who will likely not be allowed to go to fraternities, organize socials, hold a music festival, or anything else driven, young people like to do in their spare time on campus. Heck, they may not even be allowed to step foot on campus in the first place.

So the only thing that would imply the athletes deserve to play and no one else can participate in their passions is that the athletes bring in money for the university. And when we say athletes being allowed to play, it is almost exclusively those playing football. This is no secret I’m breaking here. So the question of fall sports is a question of whether football players deserve to get special treatment (they do in every other year anyway), but also whether those football players have a responsibility to their schools to play (to bring in the needed revenue).

When put this way, it is a much darker question. There are universities who are already announcing many permanent cuts to sports programs that will no longer have the necessary funding. That issue will only multiply if folks don’t play football this season. But how could it possibly be the responsibility of student athletes to bear the health risk to hold up less popular athletic programs? That is the smack-in-the-face downside of the NCAA formula the pandemic has brought to the forefront.

The decision won’t even come down to those student athletes. Either the pandemic will make it impossible to play by then, or the athletic departments will tell those students football is going on as scheduled. At that point, it will be interesting to see how many students who decline to put their lives at risk could lose a scholarship in the process, because nothing about this is going to end positively.

There are multiple layers of woe when it comes to 2020 college sports and beyond. It’s all fine and dandy for a school like Alabama to announce a conference-only slate of football games. Those games will make them plenty of money, regardless of opponent. But many schools rely upon games against the likes of Alabama to generate revenue. Playing conference-only games is potentially worse than not playing any games at all. Then there’s the debate of allowing fans. Can a school make money off of football if fans are not in attendance?

Just like concerts for musicians, the actual live football games make schools the majority of their money. Television deals are also quite good and lucrative, but the vast majority of NCAA college football programs are not big ticket TV products. Many schools will not be allowing students on campus this fall. USC has already announced it will be holding virtual classes, so how can they possibly justify having the football team on campus with no one else? Talk about a logistical nightmare.

Professional sports have players under contract, so they can quite literally control everything about their lives. Forcing them to live in a bubble, or stay away from friends and family is logistically possible. Such control and oversight will never happen with college athletes, nor is it legal. It’s hard to imagine many players foregoing their scholarships, but they can easily “get injured” so as to avoid the risks of the pandemic head on. They can and will party with their teammates, but only the largest schools can afford the testing and cleaning required to ensure a safe season. This is just football.

I’m an optimist, but also a realist. There is very little monetary value gained from 2020 college sports, including football. While it’s true that many universities rely upon football revenue to pay for tons of other stuff, they cannot guarantee revenue from football even if they play. One player getting sick is all it will take to shut things down. It’s disturbing for me, in Los Angeles, to picture a stadium full of fans pretending everything is like it was before. I’m looking at you Florida. When talking risk versus reward, this is open and shut. No live classes means no sports. If you don’t feel comfortable letting students on campus, then who is going to attend your games? Red shirt everyone and move along.

The NCAA is well known for enforcing bad rules to the fullest extent. It’s time they stepped in to ensure their athletes are not subjected to 2020 college sports that are unnecessarily dangerous. Testing procedures need to be in place for even conference-only games. You can’t honestly tell me it’s a good idea for a Florida team to drive up the coast and play an ACC rival. There’s no winning here, only protecting the student athletes.