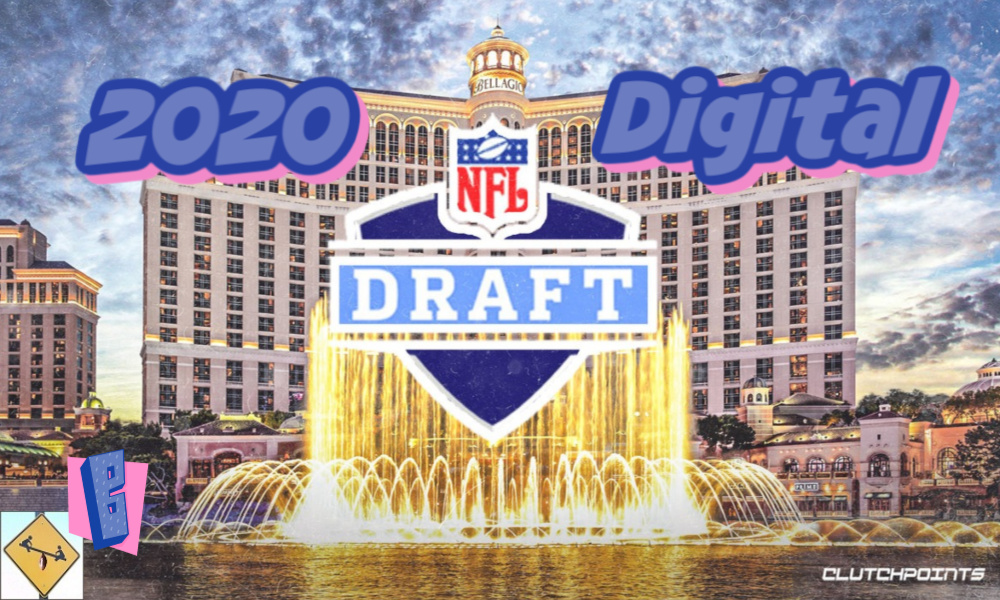 Less is more and for NFL general managers, less information means better draft day decisions. With a digital 2020 NFL Draft we lose the noise and gain overall. It will be infinitely more successful.

The 2020 NFL Draft is moving on as scheduled through this pandemic with one significant change. It will be digital. There will obviously be many other changes to the draft that will manifest themselves. The NFL season will likely be played differently as well, but you can still stream NFL game pass with our personal favorite VPN service. Not only will the draft take place entirely online, the whole process is digital or non-existent. Will this ruin things, or make it infinitely more successful? We debate.

Like many things during this crisis, we may come out the other end with some criticisms of the way things used to be. Why is the NFL Draft an in-person ceremony to begin with? It doesn’t need to be for any reason.

Of course, there will be consequences for the teams themselves during this time. No contact with players means so much less information gleaned before drafting them. That obviously includes medical information but also in-person workout and interview results. It will be fascinating to see what happens with this draft class three or four years down the line.

There is no control group for my fascination. We can’t know the order these players would’ve been chosen this season if everything was being carried out normally. Thus, we don’t know what impact the changes in draft prep actually have. But nevertheless, 2020 will be a interesting test case for…something. Drafting more conservatively perhaps.

You think teams will be less likely to draft an injury risk since they weren’t able to get him in for physicals? Will teams shy away from reported locker room disruptors if they can’t interview them in-person to get their own opinion of the guy? Or could some club go the other direction? Maybe some GM will swing for the fences on the huge risk guys knowing he has the changes in the draft to blame if none of them pan out.

On top of that, we completely lose the pro day stars this year. Every year, there are guys who, for one reason or another, leave a lasting impact on a specific club when they get a close-up, personal view of them and get drafted way higher than expected. That archetype doesn’t even exist in 2020.

I can completely understand why the draft is still taking place as scheduled. Delaying the draft now would have been as silly as delaying the start of the league year last month. Sure, most people have more important things on their mind, but these are not required to be in-person events. There is no threat of spreading the virus by holding an electronic draft. The potential team-building harm seems just as bad as if they had delayed the draft and set back the entire season this early in the spring. There still remains a chance that the NFL starts on schedule in the fall, so why not keep things moving that don’t impact anyone’s safety?

Either way, it sucks for the teams and the players involved this season, yet there is nothing to be done. We may actually end up seeing one of the more successful drafts in memory. What if the best draft strategy is taking players based on actual game tape and none of this other junk? 2020 could open everyone’s eyes to the way the draft should have been taking place, both physically and strategically.

I fully believe the 2020 NFL Draft will prove infinitely more successful top to bottom. Teams will be forced to draft the best player available more often than not. Furthermore, determining who is best will be fully predicated on game performance. All of the noise will literally be gone. There will be a subset of players who will lose out from a lack of process, but the actual process for teams will be smarter, more efficient, and therefore better executed.

We know at least one team will crap the bed, but that always happens. Its the teams that often overthink their decisions and moves that will be the big winners. Instead of five teams with great drafts and twenty who muddle in the middle, suffering from a litany of pitfalls, we will get 10 or 15 teams with great drafts. Pro day standouts no longer exist, so teams won’t fall for the flashy player with speed. They must rely on his gameday performances. Interviews are gone too, so teams won’t fall for the great interview. They won’t be convinced a player has changed, even if that player is still the off-field screw up as before.

If you couldn’t tell, I’m an optimist through and through. But removing bad decisions via the usual pitfall is not the only benefit teams will receive with the digital 2020 NFL Draft. Less is often more, meaning less information on these players is a good thing. General managers will have some information on a player, will consult with their coaches and staff, then make a gut decision. They must trust their instincts and I LOVE this.

Sure, some GMs likely have poor instincts regarding football talent, but that just means they don’t deserve their job. Too much information confuses the situation surrounding a player. Trust your eyes. Watch the tape. Make a decision. Take the best player available.

Players from small schools who rely on Pro Days to get noticed will obviously lose out initially. But you can guarantee teams will do deep research on the small schools, since they lack all of the other data they’re used to having. Injured players will also suffer, but its 50/50 if that hurt player is healthy for their rookie season. Teams win by taking a risk-averse approach to drafting these type of players. Removing the whole public atmosphere also benefits the teams. Their decisions will not be spotlighted and criticized on national television by a team of experts as in the past, mainly because these experts don’t have a ton of information either. Its hard to fully criticize a decision without further evidence at your disposal.

We debated last month how the NFL is saving sports for everyone, so I’m thrilled the 2020 NFL Draft will commence at its usual time. I’m also thrilled it has been forced to undergo significant change. Change is hard for people and profitable businesses, but its also a very good thing. Refusing to change causes problems and the NFL is actively flexing to remain atop the sports world when nothing else even exists.