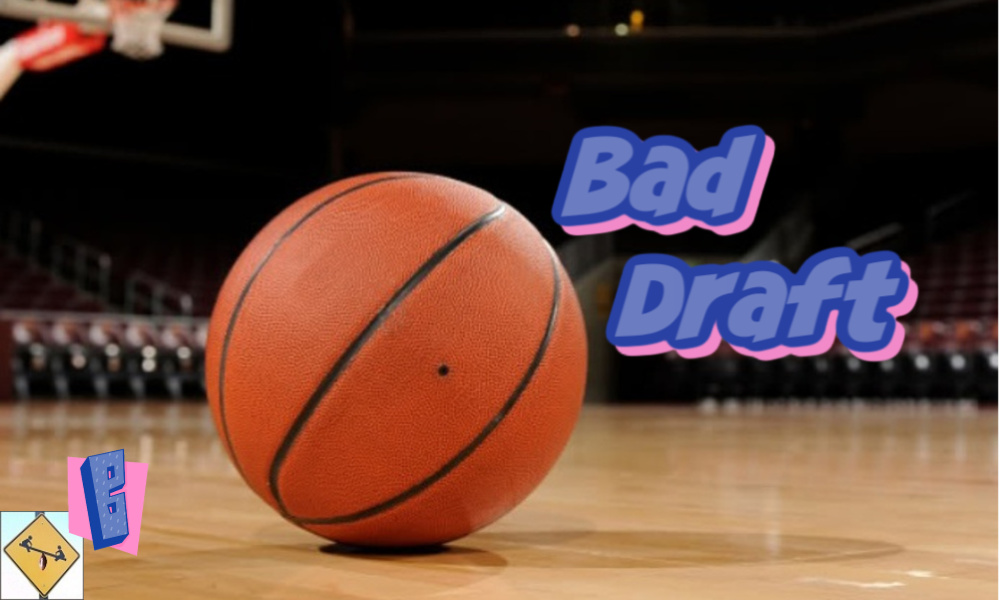 Previously considered a bad draft class, the 2020 NBA Draft now sits in a bottomless pit of futility. Think the Bermuda Triangle of decision making. At least there will be basketball, even if its wrought with bad data and poor choices.

Last week, we talked about the upcoming NFL Draft and all the difficulties and potential positive consequences that will come out of it. Later in the summer, the 2020 NBA Draft will face something similar. Similar in that it will be unlike any NBA Draft we’ve ever seen before.

Just like the NFL, the NBA executives and scouts will likely have to deal with drafting “virtually.” This will mean interviewing players not in-person. It also means not having the ability to send personal team doctors for physicals, etc. Even though the NBA Draft is in June, I can’t imagine a scenario in which the world is back to within-six-feet normal by then. Things will have to be done virtually.

Even if circumstances improve vastly, there is one major change for the NBA Draft that is already set in stone. There will be no NCAA Tournament off of which to base player evaluations.

Much like the NFL sees combine stars who get overdrafted because of crazy good workouts, the NBA sees teams overdraft March Madness stars quite often. We have four to five months, or maybe multiple years of game tape in which to form an opinion on players. And yet, each year there are March darlings who shoot up draft boards from a sample size as small as a couple games.

The issue is so widespread that there were anonymous quotes this month from general managers unveiling this very silver lining. At least my owner won’t shred up our draft board because some kid had five good games in March.

The 2020 NBA draft class was already expected to be one of the weakest in quite some time. With even less information to go off of, I can’t imagine things will turn out better, anonymous GMs be damned. Just like any class, we need three to four years of data to know if the class is a bust, but just two months out from the draft itself, no one’s hopes are high.

Also on BuzzChomp: Thrive while High with our Cannabis Lifestyle Guide

I suppose this is where football and basketball deviate greatly in this conversation. With football prospects, we were delighting in front offices having to rely on mostly game tape to make draft selections. With basketball prospects, players are drafted far younger. I’d feel good about my team’s GM drafting a 22-year-old football player after seeing three or four years of tape, even if they couldn’t hold a pro day. The same cannot be said of a 19-year-old basketball kid who may have only played in 30 games in his collegiate career.

On top of that, the season was cut short at the worst time for scouting purposes, eliminating most of conference tournament play and all of the postseason tournaments. The NCAA Tournament darlings are one thing, but this is legitimately the only time of year many NBA prospects play high-level competition for a string of games in a row.

Many drafts turn out terrible when looking back from decades in the future. The 2020 NBA may have been another regardless, just because of the dearth of high-level talent. But while I was secretly excited for how the negative situation could have played to the advantage of the NFL Draft, I’m not seeing it for NBA purposes. This negative just stays negative.

I hate to pile on the negativity, especially being a positive person through and through, but the 2020 NBA Draft has another problem entirely. Not only will the prospects come with limited data, the NBA teams themselves are unlikely to know what they need. Can you imagine a worse scenario? Bad information on both sides and zero visibility. We will end up with either the worst draft in the history of basketball, or the absolute best shot in the dark historic slam dunk imaginable.

The NFL season ended back in February and free agency has run its course. This puts teams in a position to address their needs in the draft. Where do NBA teams stand right now? The season remains on indefinite pause. Upcoming free agency and offseason moves won’t happen until a champion is crowned. I realize the draft always happens prior to the summer moves, but teams at least have concluded their season. They know who they want to keep, who is leaving, and who stepped up a level in the playoffs. Chemistry among stars has been defined one way or another by the postseason. NBA teams normally know which prospects to draft in order to best compliment their team. Not so this year.

I must acknowledge that the top of the 2020 NBA draft will remain unchanged, because the star players are still the star players. We have less data on them, specifically postseason performances, but the very top is known long before March Madness. As you noted, this draft class is considered weak. Prove us wrong guys, prove us wrong. There is barely a set in stone top three, let alone a top five or ten right now. Good luck analyzing all of those game from September through December that mean so little and rarely provide insight into what a team and/or player will be by season’s end.

Simply put, we don’t have high hopes for the 2020 NBA Draft. I understand why the league needs to hold it and wants to keep it in June. Its good for basketball to exist, no matter how futile the draft process will be. Perhaps that is the saving grace of all the bad decisions sure to be made. At least there will be professional basketball. The draft can serve as a segue to the resuming of the season and the crowning of a champion. Its all of a matter of when, not if. We are in for quite a show when everything finally comes back.