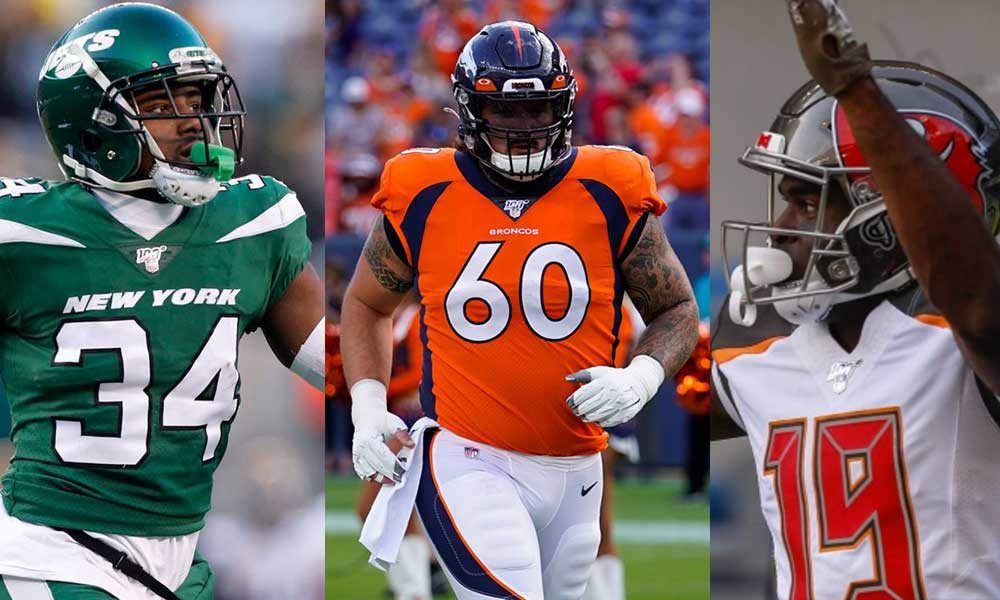 The New York Jets entered 2020 with 2.5 major positions of need. Most years they bat their eyelashes at those positions, only to throw big money at a flashy new toy. This year the Jets were nearly perfect, addressing only those positions, while spending smartly.

Failing to prepare is in essence, preparing to fail. The New York Jets prepared for the upcoming 2020 NFL Draft with expert precision, only addressing the 2.5 positions of need in free agency. Once Robby Anderson officially departed, that need went up by another half, which New York promptly filled. Its safe to say the Jets and GM Joe Douglas have had a near perfect offseason with zero fanfare.

Bad teams aim to win the month of March and New York consistently executed with this goal in mind each new year. But not this year! Let Cleveland and Buffalo win the offseason, so to speak, because the Jets filled all of the holes that needed filling. This includes what they can expect to draft later this month.

Offensive line and corner back were primary needs, with linebacker and eventually wide receiver also requiring a little love. Check those boxes, because nothing was overlooked and money was not overspent. More importantly, ancillary positions were ignored along with those star names that always cost more than their actual value.

I love LeVeon Bell as a player and a teammate for our New York Jets, but the value was simply not their in his contract. New York splurged on him anyhow last year, likely in an effort to save jobs and secure the big fish. Welcome to 2020 where everything is literally different, including our Jets.

New York has signed 14 players, including several that were members of the Jets last season. Five are offensive lineman, three are cornerbacks, and four are linebackers. This is how you address a position of need, by adding players with something to prove, along with depth guys that will challenge the incumbent starters. ESPN did an excellent job breaking down each deal. None were expensive, leaving New York with tons of flexibility come draft day.

What’s the biggest strength of the 2020 NFL Draft? The wide receiver position. Expect New York to draft one with the 11th pick, unless one of the top offensive lineman falls to them. They likely grab two or three receivers, along with another offensive lineman, cornerback, and linebacker. Its always smart to draft the best player available, and GM Joe Douglas has said this is his philosophy. But I would still be surprised if the Jets came away with a player at a different position.

Running back depth might be addressed, along with depth on the defensive line. But thankfully our Jets are making smart decisions, signing smart contracts, and building a team around its current star players. We have at least three stars at three of the most critical positions; quarterback, running back and middle linebacker. Those are leadership positions and New York has three great leaders. With a shrewd and dynamic offseason, the Jets are primed to “come out of nowhere” in 2020.

Flashy rosters rarely win it all. It takes a few star playerss and the perfect supporting team to hoist the Lombardi trophy. With the expanded playoffs and Tom Brady’s exit, the New York Jets can become the team we’ve always wanted. A winner.