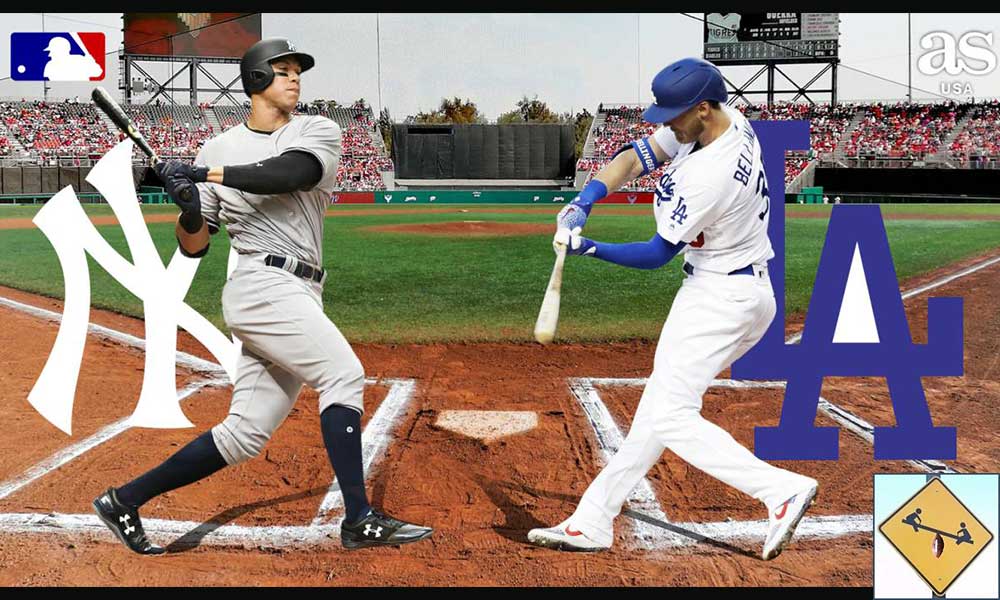 Minus spring training and possibly a month or two of games, the 2020 MLB season will certainly feel different. Odds to win the World Series are now in flux, but the Dodgers and Yankees benefit most. Who’s the best bet? We debate.

The beginning of April, with the 2020 MLB season getting underway, should have been a perfect time to study the league-wide title odds. Now, with the season in indefinite suspension and a 162-game season feeling impossible, looking through gambling prices should be pointless until we have more information. However! I am not ready to write off this exercise. Instead, let’s go through the odds to answer three crucial questions.

More BuzzChomp: Cam Newton may be left without a job

Boston’s title odds dropped from 60-1 to 75-1 after it traded away Mookie Betts and David Price. Ironically, the layoff could help to see a healthy return from Betts replacement Alex Verdugo. Of course, the past couple weeks also saw the team lose Chris Sale for the season. The lineup now feels underrated, and the bullpen could be pretty darn good, but the expected rotation is horrendous.

I bring up the Red Sox to insert one final query into this exercise. Does a potentially shortened or rushed (with double-headers) season benefit teams with better starting pitching or worse? Since every squad will presumably need to move starters in and out while leaning heavily on the middle of the bullpen and the minor leagues, the rush of the year may help gloss over teams with rotation shortcomings. This slides Boston toward my teams of potential betting benefit from the calendar crunch.

One team that could be hurt by this layoff is the White Sox. Baseball isn’t like other sports in that we need to see chemistry between new teammates develop. But, when adding a slew of new and major contributors, there is a large benefit from playing out a full spring training, getting a good look at where players will slot in, and seeing where the shortcomings are.

Also on BuzzChomp: Nothing is Real in Westworld Season 3

Chicago has a lot of buzz going for it after adding four everyday players (including calling up Luis Robert) and two rotation starters this offseason. What if Robert isn’t ready to play everyday? What if Leury Garcia isn’t comfortable playing everyday 2B and wants his OF spot back? Where does Michael Kopech fit into the 2020 plans? These are all questions that would be addressed through a full March and into April. Now, who knows when Chicago will have answers. The White Sox feel far too risky at 15/1 odds. Yes, you read that correctly. This is the team with the lowest championship odds of anyone in the AL Central, and it makes little sense to me.

One more team I have my eye on is the team that everyone had been talking about all offseason before this emergency postponement. The Houston Astros are for sure going to benefit from any delay to the start of this season. Fans won’t forget to boo them, but the longer we go before seeing the Astros on the field, the less important their cheating feels.

The loss of a true spring training should hurt every team equally, at least in principal. We know many other factors will be in play once games resume, including injury recovery and delayed surgeries. Those teams with many new players obviously need spring training time more than others, but I’m looking elsewhere for the squads that benefit most from a shortened or protracted season.

With an altered 2020 MLB season, the most heavily favored teams we identified earlier this year are those that benefit most. Why you ask? Because these teams usually start strong and hit their stride several months in. The final month to six weeks of the season is when trouble can arise. Injuries catch up, slumps happen, teams rest because they’ve already clinched, and momentum is lost to those pesky wildcard teams just starting to make a run. All of that now disappears.

Last season the Washington Nationals burst through the wildcard mess to streak into the Worlds Series and capture a championship. Take away two months and everything changes. Two teams in particular benefit most in 2020. The Los Angeles Dodgers and New York Yankees. Houston is a close third, but I don’t believe anyone in baseball lets them off the hook for cheating so easily. That moves the Astros down closer to the rest of the league. This leaves New York and LA as the two teams benefiting most, and its little surprise that the Dodgers and Yankees sit atop the league in terms of odds to win the title.

Starting pitching gets marginalized with a shortened 2020 MLB season. This is because the usual spring training warm up is lost, pushing that time into games that count. Our April of lies becomes an established truth of June or July, because there aren’t months of games left to play. Even if the season is stretched into November and December, teams won’t be playing like normal.

Those teams with cohesive and dominant units, namely the Dodgers and Yankees, will be healthy and ready to roll. They were already the favorites and now they are runaway favorites to meet in the World Series. So who’s actually a sneaky good bet, because New York and Los Angeles are obvious picks with unappealing odds to go with them.

The Red Sox at 75-1 are intriguing because they seem to flip flop every other season between great and bad. This would be a great season for them, if the pattern holds, and a shortened slate of games plays into their hands as the underdog from nowhere with proven talent and a chip on their shoulder. I also like the Nationals at 20-1 because they are defending champions. Teams have rarely repeated in this current era of baseball, but why not Washington?

My favorite pick is the Milwaukee Brewers at 50-1 odds to win the World Series. The payout is nice for a former playoff team that returns the majority of its dominant lineup. Here’s hoping the 2020 MLB season begins soon, because I’m ready for some baseball.