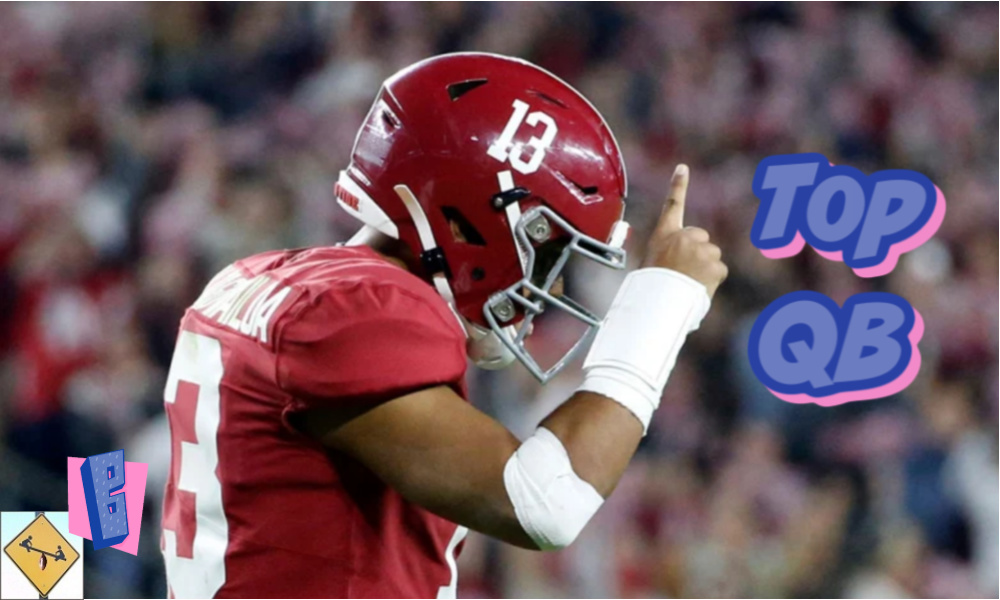 The winds are swirling and Tua Tagovailoa is dropping fast on 2020 NFL Draft boards. What a load of crap! He’s still the best quarterback, just like he was a year prior.

The 2020 NFL Draft begins this Thursday evening. The first pick is guaranteed to be LSU quarterback Joe Burrow. If we search for mock drafts from last year, Burrow’s name will be nowhere near the top, but that isn’t interesting. Players come out of nowhere every year. What’s more interesting to me is the player likely at the top of many of those old mocks is finding draft time highly interesting this month.

Alabama quarterback Tua Tagovailoa was expected to be a top pick in this year’s draft before the season. His play didn’t do anything to dissuade that opinion, but his body did. Injuries have piled up, including a potential serious hip issue. This past week also saw people criticize his curiously low Wonderlic score. Stupid quarterbacks are not a good thing, right? Or, is it worse if he didn’t take the test seriously and didn’t care? Nevermind the fact that MVPs have done terribly on the Wonderlic in the past. Just go take a look back at history. Let’s pick a year at random; say way back in 2019 when Lamar Jackson won league MVP. His college Wonderlic score was 13. Tagovailoa’s was reported as 13 as well, before being updated to 19.

Nevertheless, between bad test scores, no pro days to prove his worth, sketchy injury history, and no ability for teams to get in and have doctors look at him, Tua is potentially dropping big time in the draft. There are some teams who took him off their board entirely. What does that even mean? So if he was still available in round three, you still wouldn’t draft him? Get out of here with that complete nonsense.

Perhaps some team will scoop him up early regardless. After all, mock drafts are never right anyway. But the consensus seems to be that Tua stock is very low. He went from the likely first overall pick to perhaps third or fourth at his own position.

The logic is that teams would rather get burned by a potentially bad quarterback (Jordan Love or Justin Herbert) rather than an injured one…I suppose? I don’t get it. Tua should be off the board by pick three in my mind, if not necessarily to Washington or Detroit at two and three respectively, than to anyone who should trade up into those spots to secure his rights.

Teams make terrible draft picks all the time. Why not take a player at the most important position who you know is Pro Bowl-caliber? And if he succumbs to injuries that don’t allow him to fulfill his promise, add him to the list of dozens of others from this draft to which the very same thing will happen.

Tua Tagovailoa is still the number one quarterback in this draft. That being said, its little surprise he is slipping due to the double whammy of an injury and poor test scores, in this case the Wonderlic. Considering the teams on the board with the first four picks, Tua will not fall below four. All of the talk is just that right now, because he is legitimately a franchise-altering player. Burrow will go number one. Washington has a sophomore quarterback and will pick a tackle to protect him. Detroit may grab Tua, or snatch up a tackle or receiver. That leaves the New York Giants to trade their fourth pick to the team in need of Tua.

My most likely scenario is no guarantee. Its equally likely that he falls deep into round one. Let’s take a look at the Lamar Jackson draft, because both scenarios played out that year. Sam Darnold was the slam dunk number one pick the season prior, but he returned to USC for another year. In so doing he had a less impressive season leading up to that particular draft. He “fell” from the first pick all the way to pick three, a fall that surprised the Jets. Baker Mayfield leapfrogged him, just as Burrow leapfrogged Tua this season.

More interesting is what happened with Jackson. He was projected by many as a top ten pick months earlier, only to see his draft stock erode. Three other quarterbacks were “firmly” ahead of him on everyone’s draft board. I was shocked the Dolphins did not pick him in the early teens of round one, but Jackson fell to Baltimore. He should not have fallen and is easily the best of all four first round quarterbacks from that year. Where will Tua fall?

With three top ten offensive tackles in this draft and three top 15 wide receivers, its easy to see how some teams will pass on Tua Tagovailoa. That doesn’t make it a smart decision. I can see Washington trading back as well for a team to swoop in and grab Tua, but two things are working against that move. The first is that Washington is known for making poor decisions, not good ones. The other is that noise surrounding Tua has his sliding, so why trade up to get him? If he’s sitting there at 11 when my New York Jets are on the clock, you can bet a trade happens. But I would be shocked if he falls that far. This feels like noise and posturing, because before the 2019 season happened he was easily the best quarterback. That player did not suddenly disappear.