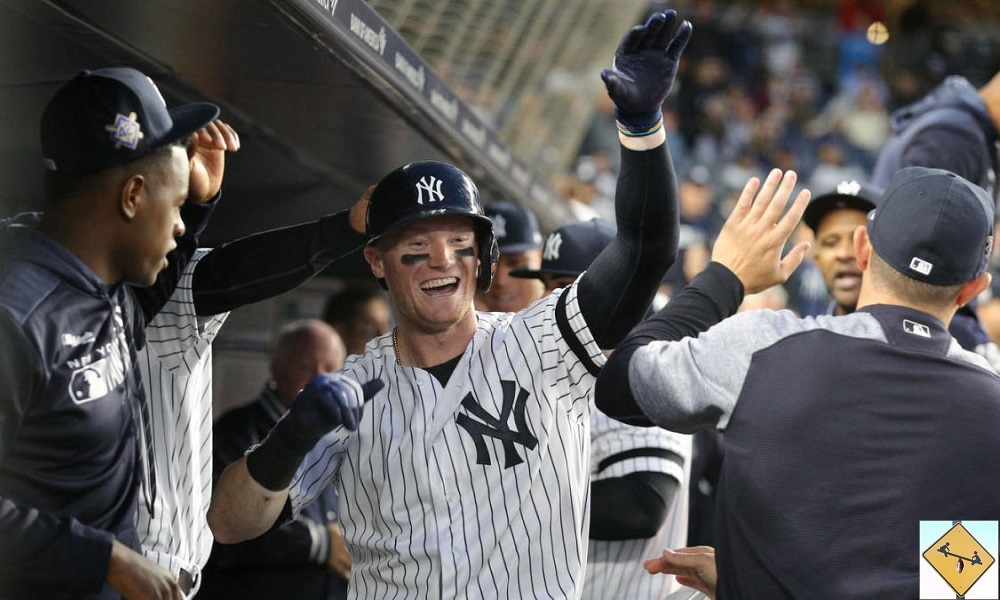 Often, the best course of action is to do nothing at all. Let everyone else scramble to make the biggest and boldest move, because sitting pretty is harder. The New York Yankees are laughing all the way to the World Series.

After the MLB trade deadline passed with no movement from the New York Yankees, the consensus feeling was that they failed; they failed to keep pace with the real World Series contenders. The thought was that with the big move put forth by the Houston Astros, New York is now a tier below its AL counterpart. A week later, the Yankees are 5-0 since the deadline “failure”, yet things feel even more bleak. Another round of injuries has decimated an already torn roster.

New York has had some of the worst injury luck in the game this season. It has managed to win around it to an impressive degree, but there must be an approaching breaking point. To make matters worse, there is no longer the waiver trade period to add ML-caliber players in August. Every fill-in must come from the minors or a recovered injured player.

I thought that breaking point was in July when the pitching cratered. The offense was doing its part, but the starters and even Aroldis Chapman began to whither. The team held and persevered. Yet just this week, Edwin Encarnacion, Luke Voit, Aaron Hicks, and possibly Gleyber Torres joined all the other Yankees on the IL. (Torres went to the hospital but has not yet been placed on IL as of this writing.) As we endlessly wait for Luis Severino, Giancarlo Stanton, and Dellin Betances, more players bunk up next to them than come back healthy.

It is stupid to criticize the Yankees for failing to add at the deadline just because guys got hurt the following week. It is even more stupid to be upset that the Astros acquired Zack Greinke over the Yankees when Greinke had NY on his no-trade list. Nevertheless, someone of note could have been added to this 25-man, and no one was. Most distressingly, why was this team outbid by the Mets for Marcus Stroman? More than a week passed, and that still doesn’t make any sense.

I’m generally of the opinion that the Yankees players are good enough on their own. It’s kind of what Brian Cashman and Aaron Boone said around the trade deadline. When James Paxton, Masahiro Tanaka, and JA Happ are the terrible pitchers that need to be replaced, things are probably just fine. At least two of those guys will turn things around, and suddenly the rotation looks solid again. But that was before this most recent string of injuries.

This is too much. Maybe you’ll tell me that the team has such a massive cushion that it just needs to tread water for six weeks, and the Yankees will still cruise into the postseason. That may be true, but what if the main cogs don’t come back at 100 percent by then? We don’t want to enter postseason play with Mike Tauchman as our best hitter (even if the dude is clearly 2019’s Luke Voit and is primed to be a star for years to come!).

I was thrilled that the New York Yankees avoided the classic trap of adding players at the trade deadline simply because they are a serious World Series contender. This team is a serious contender because of who has been on it, not because of who they may have been able to add. I’m not a huge Greinke fan and his postseason record is inconsistent. No one who was actually available wowed me. The bottom line is that New York has a great baseball team that keeps finding new players to shine when others get hurt.

Who will be on the field in the playoffs? Who will still be on IL? Talk about the elephant in the clubhouse being overweight. Thankfully the clubhouse is full of lions, with Tauchman the latest player to step up and seize the moment. When rosters expand, the Yankees will be able to add Clint Frazier back as well. New York’s lineup is truly of no concern. Even though the playoffs are a new ballgame, I know THIS team is ready for it. Now the pitching staff is another thing, because its been giving up A LOT of runs since the All-star break.

Because of how well this team pitched over the first half of the season, I’m willing to chalk up the last month of mediocrity to fatigue and the inevitable ebb and flow of a long season. It is hard to maintain pitching dominance for six straight months. The Yankees had three very good months, followed by one below average month. The start of August wasn’t great either. Boston hammered New York at Fenway, winning three of four. But then the Yankees swept the Red Sox in the Bronx, despite continuing to pitch at a less than desirable level. If the Yankees are winning, then what is there to worry about?

My instincts tell me that a pitching lull in July and August is perfect timing for New York. Work through the rust and come out strong in September and October. The Yankees’ lead in the AL East is not going anywhere, especially since this team keeps scoring runs and winning games. Its extremely hard for me to imagine any other scenario than Yankees versus Astros in the AL Championship Series. Don’t fear Houston’s pitching staff. Boston has a really great one on paper and look how New York just beat it up. I’m focused on the Yankees securing homefield advantage. That will be the difference maker in a close series. That will get this team to the World Series.