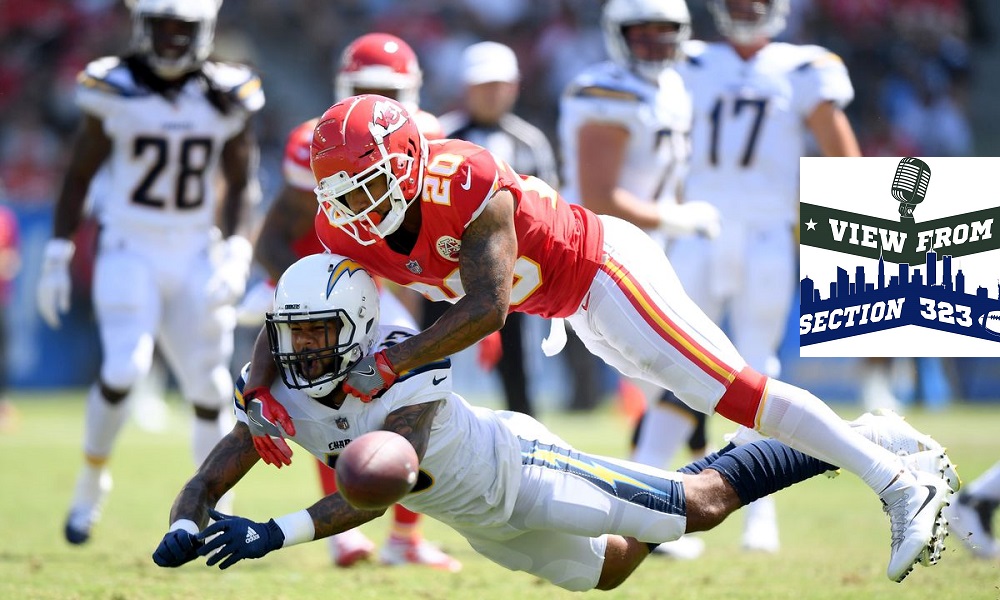 The ‘Section 323’ NFL podcast is back for another season of uncensored opinion. We kick things off with previews of the AFC and NFC West divisions.

NFL fans are typically vocal, but these two New York fans are worse. If an inter-city rivalry exists between the Jets and Giants, then Phil and Bud are it. The ‘Section 323’ NFL podcast covers the entire league with a New York focus. Both their teams have potential this season, but how does the competition stack up? We begin with previews of the AFC and NFC West divisions.

Will the Kansas City Chiefs dominate their division once again, or can the Los Angeles Chargers overtake them? Oakland and Denver only wish they were as good, but does that mean they both will be forgettable this season? What about the NFC West, where the Los Angeles Rams are ready to roll once again? Listen to our full AFC and NFC West previews for all the answers.