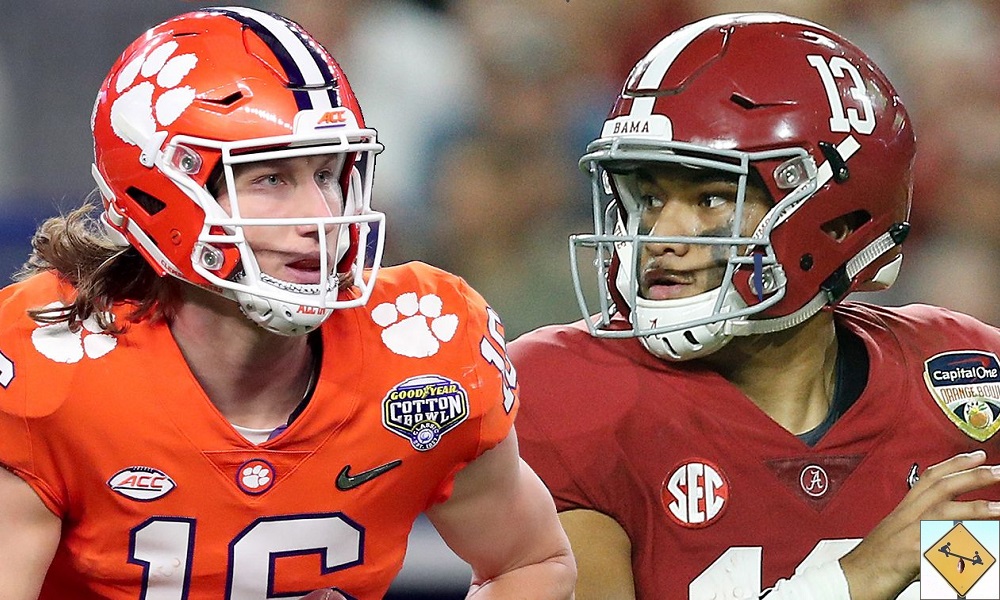 It may be hard to believe, but the college football 2019 season is right around the corner, beginning later this month. ESPN celebrated the timing by releasing its list of the 50 best players in the country. Let’s just say the list has some issues.

Right off the bat, it feels obviously biased. Somehow, six of the top 13 players in the country are quarterbacks. Somehow, 15 of the top 19 are offensive skill players. None of the best 14 players play in the trenches. Only two of the top 16 play defense. Only one of the top 33 plays offensive line!

There isn’t a perfect comparison between the best players in college and the top players in the subsequent NFL Draft, but this is ridiculous. The NFL Draft is filled every year with offensive and defensive linemen and quarterbacks. Yet the best players in the sport barely correlate to that? It seems like the only note this listing took from prospect rankings is that of stuffing the top dozen with QB’s.

No one is surprised to see Trevor Lawrence and Tua Tagovailoa make up the top two. Jake (from State) Fromm and Justin Herbert follow close behind at numbers five and seven, respectively. I’m not buying Herbert that high, which befuddles me even more. If the list was mirroring NFL futures, the quarterbacks and linemen would load the top. Instead, it deviated from that, but still placed Herbert high on nothing more than potential.

Logically, we both know why the list was made the way it was. It is more fun and interesting to list the players fans know about. And casual fans know about players that have or get the ball in their hands. Even beyond that, for national writers who look at such a wide scope, it is often hard to know who the best offensive linemen are unless you study that specific thing.

So with all that being true, why bother? Why make a flawed list that doesn’t really accomplish its described goal? We make flawed lists all the time, but they damn sure have and meet a mission statement. This does neither.

Tell me this was just an excuse to broadcast to the nation that a certain batch of writers think Lawrence is better than Tagovailoa. That is a somewhat interesting stance, though not surprising. Ranking the pair in either order has pros and cons, which makes for a good debate. They both have endless talent and flash, and found oodles of success very early in their collegiate careers. It helps to play for the two national title favorites year in and year out, but that’s also the point. Only championship contenders get players like Trevor and Tua.

Taking a look at the Clemson and Alabama schedules, we could see these two need their best pretty early on. The Tigers’ schedule is cupcake easy, but their two hardest games come early. Their hardest game all season will be against Texas A&M out of conference. It might be the only ranked opponent they face all season, depending on how Syracuse fares prior to mid-September. That week two-to-three stretch is where we could see Lawrence at his best.

For the Crimson Tide, as has sadly become normal these past two seasons, we will have to wait for the SEC slate to see any interesting games. After scheduling one, good, out-of-conference opponent for years, the Alabama schedule withered away. Louisville was supposed to be the big draw last year, and this year the target is Duke. Who knows what the outlook of those opponents was when those games were actually scheduled, but they didn’t turn out to be interesting. It’s a shame. But by October 12, we’ll have seen both Lawrence and Tagovailoa (and their teams) face the A&M Aggies. Then, perhaps, this top two ranking can be adjusted.

You sure know how to suck the fun out of college football 2019, but its hard to argue with the facts. Clemson and Alabama are on a perfect trajectory to meet in the College Football Championship once again, while Trevor and Tua are headed straight for a monumental Heisman Trophy race. Are there any other players or teams worthy of national attention before the new season gets underway? Will ANY player, not just those in the current top 50, break onto the scene and steal the spotlight from our two quarterbacks? History says yes.

Preseason rankings are notoriously flawed. Trevor and Tua may be the top picks in the 2020 NFL Draft regardless of how well they perform this season, but there’s little guarantee either player will be the best in the sport, or win this season’s Heisman Trophy. Quarterbacks are notoriously overrated and underrated heading into a new year. Last season Kyler Murray won the Heisman Trophy after starting the season ranked 38th overall. Ed Oliver of Houston began the year at number one, with Stanford running back Bryce Love ranked second.

Sam Darnold entered his final season at USC as the second ranked player in the country, with Baker Mayfield a close third. It was Mayfield who rose up to win the Heisman Trophy that season, but who was ranked first you ask? Derwin James of Florida State. Darnold had a nice season, but nothing close to being the best player in the country. Quarterbacks almost always win the Heisman Trophy, so its no wonder they get the love in these preseaosn rankings. What’s truly odd is the lack of defensive players on this season’s list.

Four of the top ten players prior to the 2017 season played defense. Five of the top ten players prior to last season played defense. Yet only two of this season’s top ten call defense home. As you noted, its actually two of the top sixteen players. Is this a down year for defense? Should we expect an offensive explosion across college football? That seems unlikely, but what else is there to deduce from the rankings? I’m ready to be completely surprised by this college football 2019 season, because my takeaway is that no one knows anything right now.