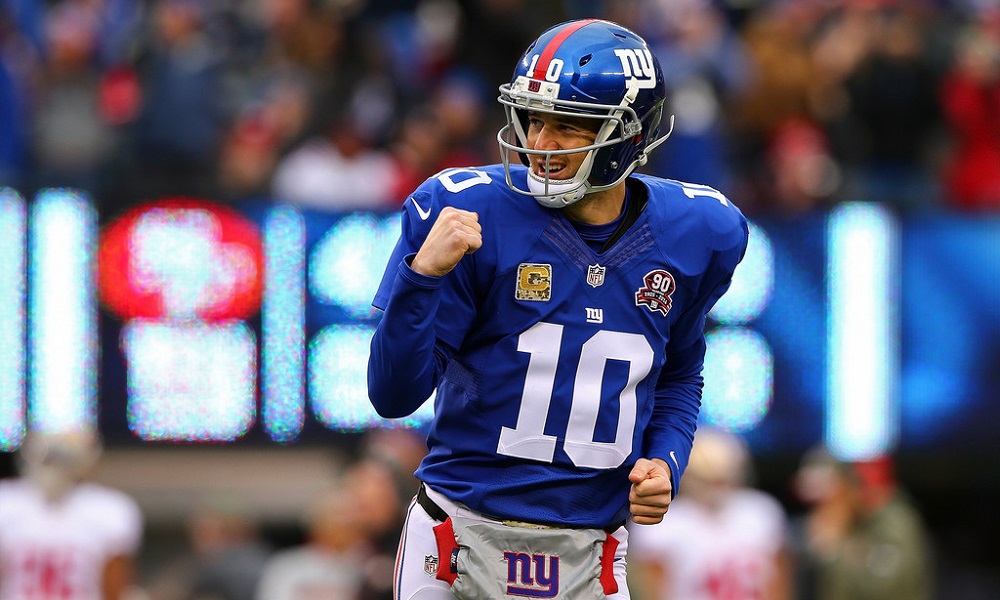 Hope abounds for the New York Giants in 2019, but how good or bad will they actually be? This season preview trends toward success.

It’s an understatement to say that all of us New York Giants fans are on the cusp of a new era in 2019, whether we like it or not. In all of the years I have been following the Giants, I cannot remember more big name players coming and going like transpired over the past 10 months. Where does that leave our team this season? Full of hope, for one.

It began with the trade of Eli Apple to the Saints back in October of 2018. The trend continued with the trades of Odell Beckham, Olivier Vernon, Damion Harris, and the non-franchising of Landon Collins. It’s clear that General Manager Dave Gettleman has cleaned out the cupboard. He rid our team of players that he felt were no longer part of the future. This created a ton of holes to fill, most notably on the offensive line. We begin our season preview with those big men up front.

For the last two years, whenever anyone brought up the New York Giants, there were two things that were solely discussed. One was the declining play of Eli Manning and the other was the offensive line. What no one seems to understand is that these two problem areas are a result of one another. If there is no one capable of protecting the quarterback and allowing plays to develop, then the quarterback is going to suffer. I’m not going to pretend that Eli is not on the back nine of his career. But he is also not the broken down has-been that everyone wants you to believe.

Back when Jerry Reese was GM he was credited with putting together two Super Bowl winning rosters. He was also the sole reason why the offensive line evaporated into almost nothing. When the Pughs and Diehls and Snees and McKenzies of the past all moved on, they were never replaced by anyone close. The result was eight wins in the last two seasons. I’m not even going to even get into Erick Flowers.

Fast forward to 2019 and the biggest and most crucial upgrade has been to the offensive line. Nate Solder, Will Hernandez, Jon Halapio, Kevin Zeitler and Mike Remmers are tasked with bringing much needed stability and protection back to the offense. If there is going to be any type of success in 2019, its starts up front with these five men.

If you have not heard, the Giants drafted Daniel Jones with the #6 overall pick in 2019. I was floored with the avalanche of negativity that this generated. If you didn’t know better, you would have thought that New York was the only team that actually drafted a player out of college in 2019. Every sports talk show, newspaper article, and ESPN show had this move as their first, second, and third topic post draft.

Does anyone remember the Bears trading up to #2 only a few years ago to draft Mitchel Tribusky? That got one percent of the coverage of this move by the Giants. Everyone was up in arms that New York drafted Saquon Barkley #2 overall last year. They passed on all those other quarterbacks who may or may not turn out to be good NFL players. But lets be honest, none of them were on the level of Peyton Manning or Andrew Luck coming out of college. When the Giants do pick a QB in 2019, the onslaught of negativity was uncalled for.

Where am I going with this rant? The New York Giants feel that Eli Manning has at least one more year of viability left. They never had any intention of starting Daniel Jones Week 1 this season. This gives Jones time to learn behind a 2-time Super Bowl MVP winning quarterback, rather than being thrown right into the fire and probably failing.

I am in complete favor of letting Jones sit behind Eli and learning everything he can. When the times comes, he will be ready. This method seemed to work for Aaron Rodgers, didn’t it? I for one am rooting hard for one more solid year from Eli to prove that the last couple of years were not all on him. The proof that I turn to are the last four games of last year when OBJ was “hurt” and the Giants averaged 25.5 ppg, including being shutout one game. No one can tell me that Manning can’t play anymore and I pray he proves me right.

No Worries in the Backfield

Looking at the backfield and Saquon Barkely, what more can be said about a generational running back that is already seen in the league as one of the best backs in the game? We all saw what he did behind a garbage offensive line last season. I can’t wait to see what he does with an upgraded one this year. There is nothing that is going to stop Barkley from having another monster season, which will result in more wins.

Player to Benefit Most

With all eyes on Barkley anytime he is on the field, this is the perfect spot for Evan Engram to have a monster season. Defenses are going to be game planning to stop Barkley. That leaves Engram to pick his spots on the field and move the chains, or run down field in one on one coverage. Behind Kelce, Ertz and Kittle, Engam is a top TE in the league and a weapon that Eli will have to rely on for this team to win.

If you forgot or didn’t hear, Odell Beckham was traded to the Browns which leaves an obvious hole in the wide receive corp. This now opens the door for Sterling Shepard to take that next step and become the Giants’ top target and receiving option. The good news is that his fractured thumb will heal in time for week one. Shepard is already getting back into practices. This is great news, considering the Giants other top receiving option in Golden Tate. He will probably miss 4 games because he wants to start a family and needed a little help.

Until Tate is back on the field, the Giants will need others like Benny Folwer and 2019 5th round pick Darius Slayton to help fill the void. Of course, no one will ever replace OBJ’s talent. But remember those last 4 games of 2018 where he didn’t play. The Giants were able to move the ball and score points more effectively than when OBJ was on the field.

No Love for the Defense

The staple of the two Super Bowl wins over the Patriots was the pressure the defense put on Tom Brady. That unit is gone and its no secret that the 2019 Giants’ defense is expected to be middle of the road at best. But this is where I believe they can surprise a lot of people.

The Giants signed guys like Antoine Bethea (S), Markus Golden (OLB) and Olsen Pierre (DT). They received Jabrill Peppers (S) in the OBJ trade and added a pair of 3rd round picks in Lorenzo Carter (’18) and Oshane Ximines (’19). Both players are showing signs in training camp that can be the real deal. This is a defensive unit who has yet to gel, but that is the best place to be if you want to come up and surprise other teams. The bottom line is that Gettleman had better be right about Ximines, since he passed on DE Josh Allen, the draft’s best edge rusher. A miss risks setting the franchise back another five years.

Look Ahead at the Schedule

One of the most fun things to do over the summer is go through every game on the schedule and figure out wins and losses. This season the Giants play a last place schedule. They are tied for the 2nd easiest schedule in the league, along with the Rams, Patriots, Jets, and Bengals. I like the first quarter of the season, starting in Dallas where they could steal a win if Zeke is still holding out. Then games against Buffalo, Tampa and Washington present three opportunities for wins against teams who do not put fear into anyone. There is a real possibility the Giants get off to a 3-1 start.

I can make a strong case for the Giants to win 10 games, but realistically I’m seeing more of an 8-8 season. Does that mean we see Daniel Jones? Only time will tell, but I’m holding out hope Eli Manning takes the Peyton Manning route. This means holding his 3rd Lombardi trophy and riding off into the sunset of retirement. I’m not betting on that.