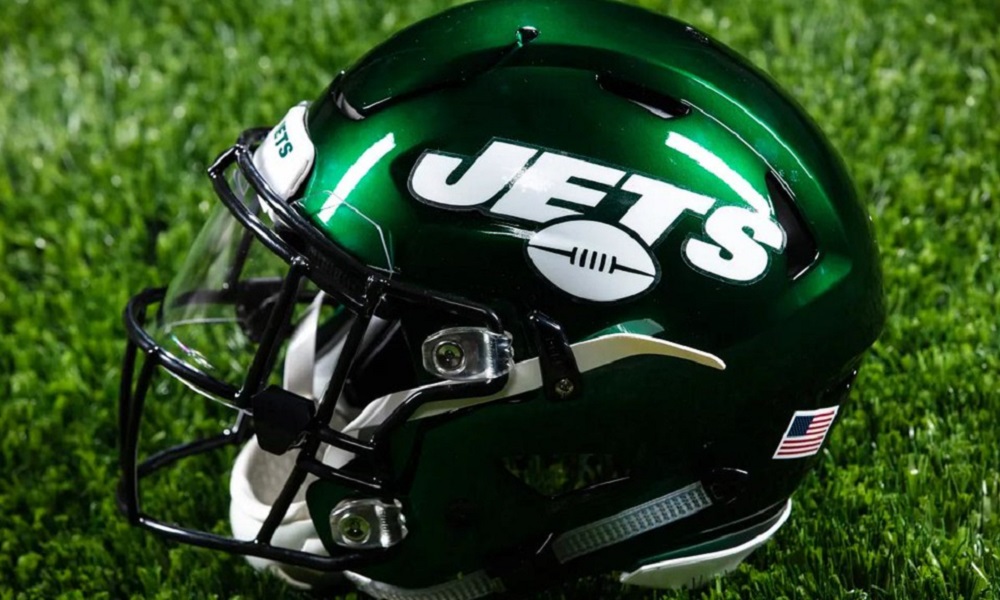 There are two types of New York Jets fans, the ugly pessimist and the ridiculous optimist. Somewhere in between is the Jets actual win total projection for 2019. Its time to face off!

There are two schools of thought in terms of the New York Jets’ success in 2019, or lack thereof. One sees a team trending up, with young talent bolstered by star veterans and a hungry coaching staff out to prove themselves in new jobs. The other sees a perennial loser who failed to add key pieces at several of the game’s most important positions, dealt with tons offseason drama, and still plays in New England’s division.

This year’s New York Jets are closer to the first team than the second, but are by no means guaranteed to be either one. Where does this leave their win total projection? How does the schedule look from both points of view? Going game by game through the season, we pit the optimist versus the pessimist. Which New York Jets fan are you?

Week One vs. Buffalo Bills

Optimist: (Win) With a month to prepare, the New York Jets cruise to a week one victory at home. Buffalo’s defense fails to live up to the hype and is unable to stop Le’Veon Bell. The Jets keep Josh Allen on his back and make a statement to start the new season.

Pessimist: (Loss) Despite New York’s best efforts, the Bills’ defense proves too much for the Jets. New York struggles to gel offensively, and Josh Allen beats them with his legs and his arm. Not a great way to start the Adam Gase era.

Optimist: (Win) Riding the momentum of week one into another home game, the Jets get revenge on Baker Mayfield and his Browns from last season. This is a close game between two budding teams, but home field advantage proves enough to secure New York the victory.

Pessimist: (Loss) Cleveland has the firepower and shows it off in a big way. The Jets keep pace for two quarters, before falling apart in the second half. Its not that New York looks bad, but the Browns are just that good right now.

Optimist: (Loss) New York is good, but the Patriots are even better at home. The Jets keep this game close, proving they are not far behind their division rivals. Yet New England prevails, keeping their unbeatable image in tact when playing in Foxboro.

Pessimist: (Loss) With little confidence, the Jets limp into their first road game of the season. New England eats them up and spits them back out, easily winning at home. New York needs to find itself quickly, before this season slips away.

Optimist: An early season bye allows the New York Jets to regroup after a tough loss to the Patriots. Their 2-1 record is a solid start to the season. Its hard to imagine them beginning much better.

Pessimist: This is the worst case scenario for New York. They enter the bye week without a win or an identity. The Jets still look like a team finding its footing, better than last season, but not good just yet.

Optimist: (Loss) The bye week isn’t enough to stop Philadelphia on their home turf. The Eagles look like the team that won a Super Bowl two seasons ago, reminding the Jets that there is work left to do. This is a humbling loss for an up and coming team.

Pessimist: (Loss) Philadelphia has been rolling and does not stop against the Jets. New York keeps things close until the end, but fails to grab their first victory of the season. So far the schedule has done them no favors.

Optimist: (Win) Back at home, the Jets show their strength against a middle of the road opponent. Dallas’ defense can’t stop Sam Darnold and Co. New York’s own defense easily shuts down the Cowboys and the Jets are back above a .500 record.

Pessimist: (Loss) Dallas isn’t great, but they are farther along than New York right now. The Cowboys ride their running game to an easy victory, leaving the Jets wondering who they are and what this season means.

Optimist: (Win) The Jets get the better of the Patriots at home, evening the score from their earlier defeat. When New York is good, they tend to split with the Patriots. This is one of those seasons.

Pessimist: (Loss) Nothing is coming easy for the Jets and another matchup with New England ends predictably. The Patriots grab a season sweep and New York remains winless. Will this team win a game all year?

Optimist: (Loss) Jacksonville’s stellar defense is enough to shut down the Jets on the road. New York has a let down after beating their division rival. Adam Gase goes off on his team afterwards, prepping them for his much anticipated trip to Miami next week.

Pessimist: (Loss) The Jaguars beat up the Jets and keep Sam Darnold on his butt all day long. Nothing is going right and the holes that went unfilled during the offseason now appear as gaping trenches on New York’s roster.

Optimist: (Win) The Dolphins are bad and the Jets had this game circled on their calendars since July. New York sticks it to Miami, who is tanking the season anyhow. Coach Gase puts an exclamation point on his exit and does all he can to humiliate his old team.

Pessimist: (Loss) Even the tanking Dolphins find a little something extra for the awful Jets. Adam Gase loses his homecoming and gets humiliated by his former team. New York is now playing for another top ten draft pick. At this point, they need it.

Optimist: (Win) While the Giants aren’t as bad as last season, they are far from a contender. The Jets’ defensive front keeps Saquon Barkley at bay, while Quincy Enunwa goes off with his first multi-touchdown game of the season. We know who rules New York football this year.

Pessimist: (Loss) Daniel Jones does enough to secure a victory for the Giants, putting the Jets back in their place as second-fiddle in New York. This was not the great game that everyone hoped for. Instead, the Jets struggle mightily and lose a sloppy contest against a weak opponent.

Optimist: (Win) Washington is bad and the Jets are not losing to bad teams this season. In what could have been a let down game, New York proves its got a playoff mindset with a decisive victory on the road.

Pessimist: (Win) Finally a victory! It took eleven weeks, but the Jets get a win against the struggling Redskins. It wasn’t pretty, but it still counts. New York can feel good about themselves, at least for one afternoon.

Optimist: (Win) Back at home, the Jets take care of the rising Raiders. Its a real testament to how far this team has come under Coach Gase. New York is clicking on all levels and shows Oakland they are not yet a contender like the Jets.

Pessimist: (Loss) Antonio Brown continues his great season, racking up the numbers against a deteriorating Jets’ defense. Oakland is much improved, not that it matters. New York has lost its fight, knowing they will once again be sitting at home during the playoffs.

Optimist: (Win) Cincinnati is having a forgettable season and New York takes advantage. There are no easy games, but this feels like one for the Jets. Riding their running game, New York easily dispatches of the Bengals and avoids the pitfall of looking ahead towards another meeting with the Dolphins.

Pessimist: (Win) Another victory! The Jets are bad, but not as bad as the Bengals. New York makes a positive statement with a solid win on the road. Its a nice bright spot during a lost season.

Optimist: (Win) The Jets once again toss aside the hapless Dolphins. This is New York’s last “easy” game of the season and they get it done. A playoff spot is within reach and the Jets are not satisfied with merely ending the year with a winning record.

Pessimist: (Loss) A last second field goal clanks the crossbar and New York loses once again to the Dolphins. The Jets just can’t catch a break this season, but at least the numbers are there. This team has improved statistically, but keeps finding ways to lose.

Optimist: (Loss) The Ravens prove too much for New York, winning a low scoring affair that features very little offense. The Jets turn the ball over one too many times and cannot keep their offense on the field. Will they rebound and prove themselves a playoff team?

Pessimist: (Loss) New York’s season is over and the Ravens remind them what a playoff team looks like. Perhaps the Jets will be one next year, but for now Baltimore controls the clock and rules the endzone. They notch an easy victory over the Jets.

Optimist: (Win) New York enters this game with a fire and passion rarely seen after a loss. The Jets shutdown Pittsburgh and hand the Steelers a debilitating loss. This victory ensures New York a playoff spot, while knocking Pittsburgh out of contention.

Pessimist: (Loss) Pittsburgh desperately needs a win to keep their playoff hopes alive and gets it against the hapless Jets. New York needs a reset and the offseason can’t come soon enough.

Optimist: (Win) This is a rest game for the Jets and a meaningless one for Buffalo. New York does not play their starters the full game, but ensures themselves a victory none the less. Its a fun end to a truly enjoyable season.

Pessimist: (Win) Ending the year with a win is always fun. New York mercifully closes out 2019 with a victory at Buffalo. Even with the win, the Jets will be drafting in the top five of the 2020 NFL Draft. Here’s to next season.