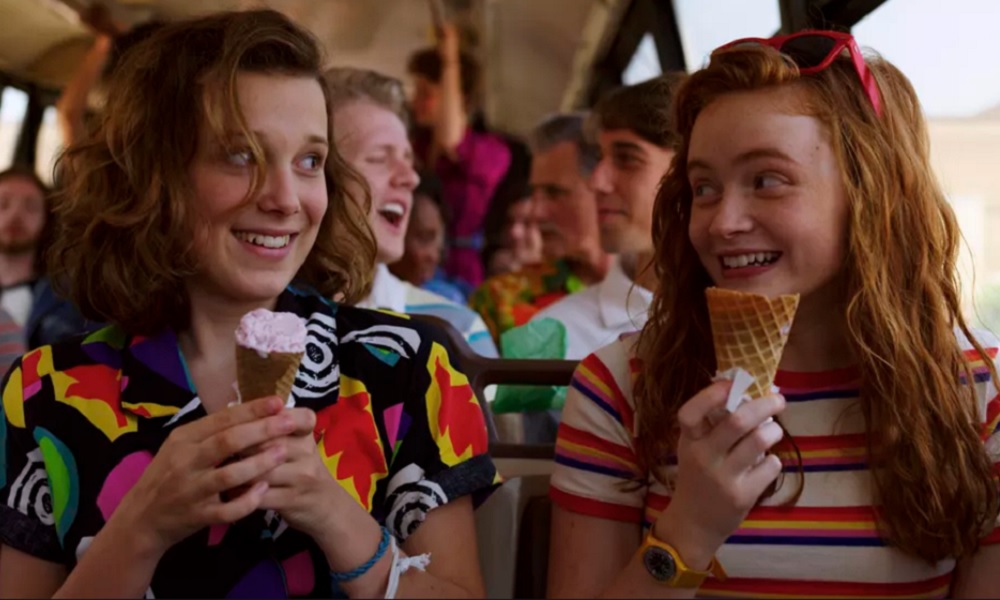 Stranger Things Season 3 was a make or break season for the popular Netflix series. Could the show retain its charm, surprise us with new sci-fi, and amp up the excitement all at once? The answer is yes.

In case you were wondering, this is a SPOILER FREE discussion of a wonderful series about some strange ass things. I’m a big fan of science fiction and loved the first season of Stranger Things. Season two was good, but not great, a transition in the story from a local problem to a large scale war. Could Strangers Things season 3 escalate the sci-fi threat, maintain the show’s nostalgic charm, and still keep viewers on the edge of their seats? It did exactly that.

Superhero movies are inherently cheesy, but its good cheese. Science fiction is also best with a side of tasty cheese. Humor makes the impossible seem much more plausible, and the immense threats somehow surmountable. Stranger Things set its bar very high after season one. They introduced a threat unseen in our world, one that existed in a dark and disturbing parallel to our existence called The Upside Down. A hole was punctured between the two parallel worlds and things were escaping, capturing people, and trying to take over.

What made this sci-fi experience so incredible was two-fold. The 80’s nostalgia seen through the eyes of kids created a humorous and magical world that was surprisingly relatable. Then there was the sci-fi mystery that unfolded perfectly. People seemed crazy, the truth was hard to prove, but then everyone realized just how wild reality was. Thankfully, Stranger Things season 3 found all of this goodness once again.

After a second season that ultimately fell flat, season three had a hill to climb. The characters were still great in season two, but much of the mystery was gone. Also, none of the side stories seemed relevant to the bigger picture. This was of course not true, but we did not learn this until season three. Everything that took place in season two was setting up the story to expand into the great conflict of the third season. Looking back, the show actually did a decent job of maintaining interest level in season two, while making the necessary transition into the larger story. It had to be done, even if the conflict fell flat at the time.

As season three begins, our lovable group of friends are divided. They of course find their way back together by the end, with a dose of 80’s romantic comedy tropes along the way. Make up, break up, and fall in love. But it really works! Every couple had their own private moment to sit alone and reflect on why they are happy together, in the face of unspeakable doom. This is classic 80’s for you, but it was done in a subtle way. Unlike the in your face homages of season two, there were tons in season three that all felt hidden. Like Easter eggs within a video game, a la the 80’s classics our heroes themselves would love.

Even the villains were stereotypical, but in the best way possible. I can’t imagine any other way for a Russian interrogation to play out, but then add in some hallucinogenic truth serum and we have a hilarious moment which somehow involves making fun of Back to the Future. The cinematography tied every homage directly to the world itself, preventing it from sticking out like a sore thumb. Humor was everywhere, but never blatant. We even got to watch one hero sacrifice himself for the greater good. Is there anything more classic than that?

Facing down another transition from local story to worldwide problem, Stranger Things season 3 played out like the best tasting cheese possible. We all knew going in that this wasn’t the end, and a resolution would not happen. But like all great science fiction from the 80’s, we got tons of cheese that shined and delighted. The end result was predictable, but how we got there was anything but. Plus, if you don’t already love cheesy movie references and pre-teens dismantling giant military bases, then what are you watching for anyways?