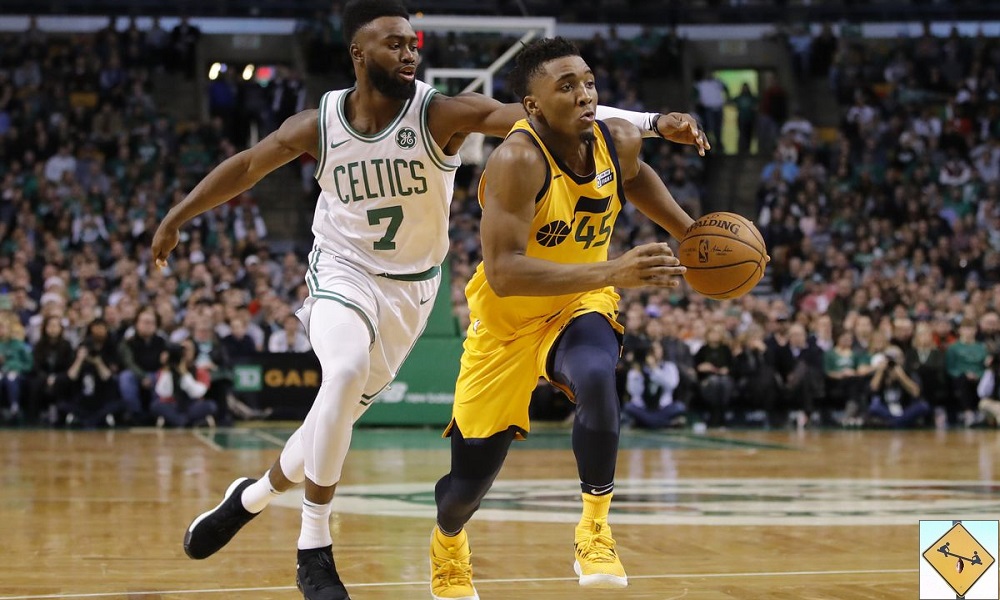 NBA Title odds 2020 have moved more than the earthquakes that recently shook Southern California. While the top teams have most of the top players, the actual best bets are outliers you already know.

The new NBA year came in like a battering ram and continued to wreak havoc for days. One move after another seemed to alter the NBA title odds 2020. It seems like a lifetime ago that Anthony Davis was traded to the Los Angeles Lakers.

The latest move of the offseason saw the Oklahoma City Thunder continue their impromptu rebuild by dealing Russell Westbrook to the Houston Rockets. And another move may soon follow, as OKC looks to flip Chris Paul to a contender… or at least get out from under his contract.

The jury is still out on whether or not the acquisition of Westbrook makes Houston a better team. Regardless, the Westgate SuperBook has it as one of the five favorites to win the upcoming NBA championship.

The top five, from lowest odds to highest, are the Los Angeles Clippers (3.5/1), Los Angeles Lakers and Milwaukee Bucks (tied at 4.5/1), and the Houston Rockets and Philadelphia 76ers (tied at 8/1). The Golden State Warriors follow with the sixth-worst odds. It should be a fascinating season; the most up-in-the-air title chase we’ve had in perhaps over a decade.

Rosters are not even finalized yet, as major contenders still have holes to fill and depth charts to work out. But that shouldn’t prevent us from hopping on the best odds for a title chase. Both of the teams at 8/1 feel intriguing. My eye, though, immediately went to a team that isn’t in that top six but has been all over “you know who put together a great offseason?” lists: the Utah Jazz.

Utah is 14-1 to win the championship. It should continue to have an elite defense as long as Rudy Gobert anchors the paint. With the additions of Mike Conley and Bojan Bogdanovic, some of the offensive questions should be answered as well. The load won’t fall all on the shoulders of Donovan Mitchell anymore. The Jazz have won at least 48 games in three straight seasons, yet haven’t advanced past the second round of the playoffs. Of course, the three teams that eliminated them were Golden State and Houston twice. Utah belongs in that elite company, especially this coming season.

Also on BuzzChomp: Hypocrisy exposed in The Handmaid’s Tale S3E7

Further down the odds list, Toronto at 80/1 caught my eye. After the departure of Kawhi Leonard, this franchise could certainly pack it in for 2019-20 by trading Kyle Lowry, Marc Gasol, and Serge Ibaka. No one would blame them for rebooting. But what if they don’t? This is currently a pretty good roster without Leonard. In fact, when Leonard sat out games last season (which he did quite often), the Raptors were still a very good team.

There are some pretty obvious paths to seeing this team compete again this coming season. OG Anunoby returns healthy to swarm opposing offenses; Fred VanVleet can capitalize on his postseason coming-out party; if Pascal Siakam takes another leap up in his development into that star void, Toronto is still one of the top teams in the East. At 80/1 odds, what a bargain! The only thing we need to avoid is an itchy rebuild finger from Masai Ujiri.

Ah, the elusive best bet for NBA title odds 2020. There’s no bigger loaded question during the NBA offseason, besides one surrounding the futility of the New York Knicks and their lottery odds. Toronto had excellent odds before last season and actually won the NBA championship. Yet the NBA title has belonged to Golden State and LeBron James for so many years now. I can not ignore these facts when picking my own best bets.

You nailed Utah and Toronto. Both teams have excellent odds, but neither feel like realistic picks to actually win the championship. There are too many teams standing in the way of the Jazz reaching the NBA Finals, and most of them sit ahead in the NBA title odds 2020 hierarchy. This scares me off of Utah, while the Raptors need a bit of help (read injuries to the competition) to stay atop of the Eastern Conference. Their odds are tremendous, but I like a different team in the East just a little bit better.

The Boston Celtics have 25-1 odds to win the 2020 championship. This is a team that was very good two seasons ago, before Kyrie Irving and the team blew up last year. But it wasn’t that Boston was bad. The Celtics chemistry was bad and the team as a whole was disgruntled. Irving was the center point of the discord, but he now plays for the Nets. Boston also saw several other “high profile” players leave, but that talent core was not working.

Adding Kemba Walker and Enes Kanter gives the Celtics back their edge. Remember, the Eastern Conference remains wide open. Milwaukee and Philadelphia may be the favorites, but find me one person who thinks either team is going to run away with the conference title. Boston is in prime position to gel and let great chemistry elevate them.

Two long-shot picks also intrigue me. The Miami Heat and New Orleans Pelicans both have 100-1 odds and both added lots of talent during the offseason. We don’t know how their new rosters will gel, or how great they can be. Long shots are labeled as such for a reason. If you’re looking for one, perhaps eye Miami. Did I mention that the Eastern Conference is wide open?