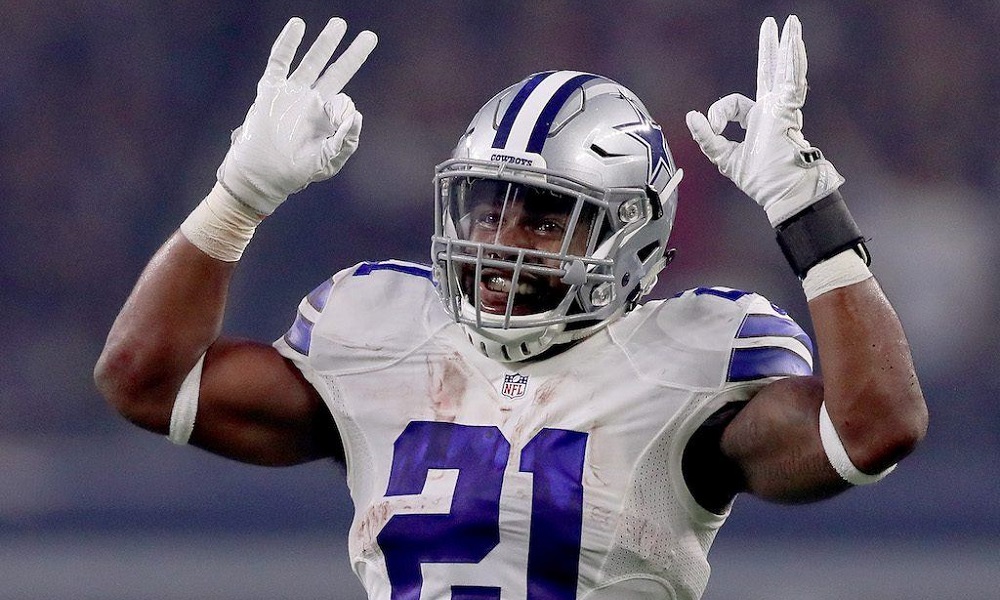 Four fantasy superstars enter uncharted territory this season. Are they still top players? The biggest questions of Fantasy Football 2019 must be answered.

Its little surprise that the top of the Fantasy Football 2019 rankings have changed dramatically from last season. But recency bias is not as powerful as our memories of past success. Look no further than Aaron Rodgers for evidence of this. The biggest questions of Fantasy Football 2019 must be answered.

Are these four fantasy stars still top players? Do new circumstances dramatically change their fantasy value? The current fantasy football rankings are still swayed heavily in each player’s favor. Don’t let the experts screw your season before it starts. The answers to your biggest questions of Fantasy Football 2019 are below.

Elliott has been great and currently ranks second among all running backs. But the Dallas Cowboys are refusing to pony up the dough, having just paid their quarterback instead. Elliott and Dallas are entering a contract dispute that could get ugly. Le’Veon Bell set a precedent for how to handle these things, because a running back’s career is so much shorter than other positions. Consider me concerned.

I don’t question Elliott’s ability to perform, but I seriously question his commitment to the Cowboys if they don’t get him a new deal before the season begins. He is privately plotting a holdout and knows he must get paid now, or risk never getting paid before his peak years are over. I don’t trust him to suit up week one, or give Dallas his all when he sees the field. Elliott is out to avoid injury until he gets paid. Buyer beware.

Brown was the number one wide receiver for multiple years in a row with Pittsburgh. He now finds himself ranked ninth, behind his former teammate JuJu Smith-Schuster and others like Mike Evans. While its true that Oakland was bad last season and Carr is a question mark at quarterback, Brown is still a great player. How much will his production fall with the Raiders?

I don’t believe it falls at all. This will be the first season in quite some time that Oakland has a true number one wide receiver with something to prove. Everyone is writing off Brown, meaning he is going to want it that much more. I still rank him in the top 5 of wide receivers, so don’t get burned by the offseason noise.

Rodgers was once putting up so many fantasy points that it was a serious question of drafting him ahead of a wide receiver or running back in the first round. Those days are over, but is he even the fourth best quarterback right now, as rankings would indicate? Can he return to play at a high level, in a new offense with many unknowns and few surefire playmakers?

I hesitate to draft Rodgers this high and would take seven or eight quarterbacks ahead of him. I simply don’t trust the Green Bay offense and Rodgers’ health and age are major concerns. Matt Ryan and Philip Rivers both rank lower, but present more reliable consistency in my opinion. I refuse to wonder if my quarterback will have a good week. This must be a known factor on my fantasy football 2019 team.

Johnson is another questionable running back, because Arizona is so up in the air this season. The Cardinals were awful last year, but Johnson still got decent numbers. Now the team shifts to a completely different offensive system with another rookie quarterback. I don’t trust this football team.

Nothing about Johnson’s situation or injury history gives me confidence in his fantasy performance this season. He ranks 5th among running backs right now, but should probably be closer to 10th. There is definite upside with Johnson, but if Arizona crashes and burns on offense, he is not going to benefit. Make sure you have a backup plan if you draft Johnson.