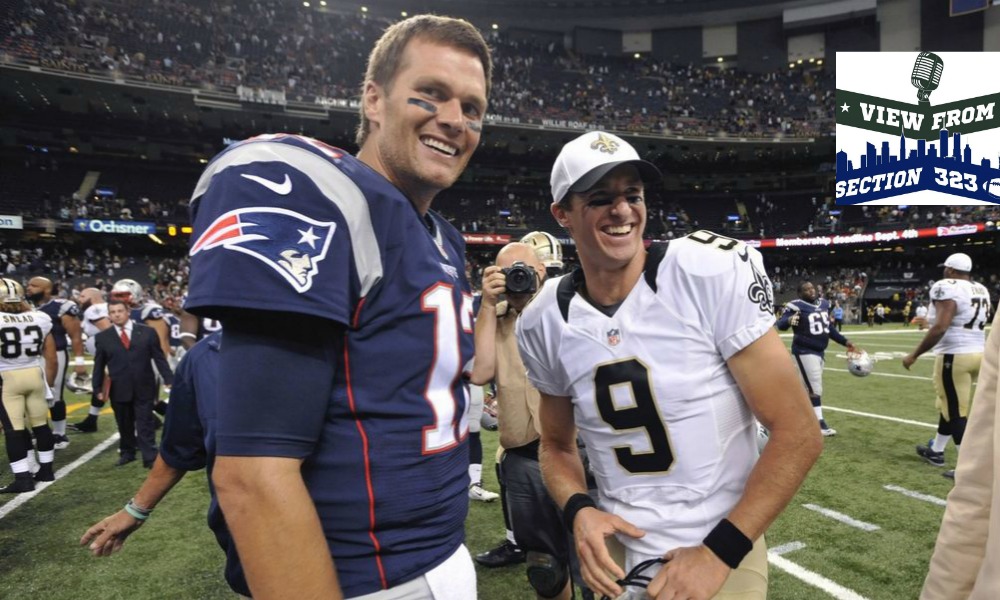 Final previews from the ‘Section 323’ NFL podcast with their uncensored opinions. Time to roast the AFC, NFC East and South divisions with a rowdy preview.

The New England Patriots may win 15 games with their easy schedule. Plus, Phil finds a path for the New York Giants to win nine or more games. Both Phil and Bud don’t believe the Colts will fall that far in the standings, but how many wins does Andrew Luck actually cost them? New Orleans has a chip on their own shoulder, making the Saints very dangerous in the NFC. Listen to some uncensored opinions on the AFC, NFC East and South divisions with extensive previews below. All the trash talking and hype you can handle in one sitting.

NFL fans are typically vocal, but these two New York fans are worse. If an inter-city rivalry exists between the Jets and Giants, then Phil and Bud are it. The ‘Section 323’ NFL podcast covers the entire league with a New York focus. Both their teams have potential this season, but how does the competition stack up? We continue with previews of the AFC, NFC East and South divisions.

Do you consider the Patriots and Saints favorites to win their respective divisions this season? Will the Cowboys return to the playoffs? Miami appears to be tanking, but how about those Redskins? These four divisions are top heavy and bottom heavy, so anything can happen!