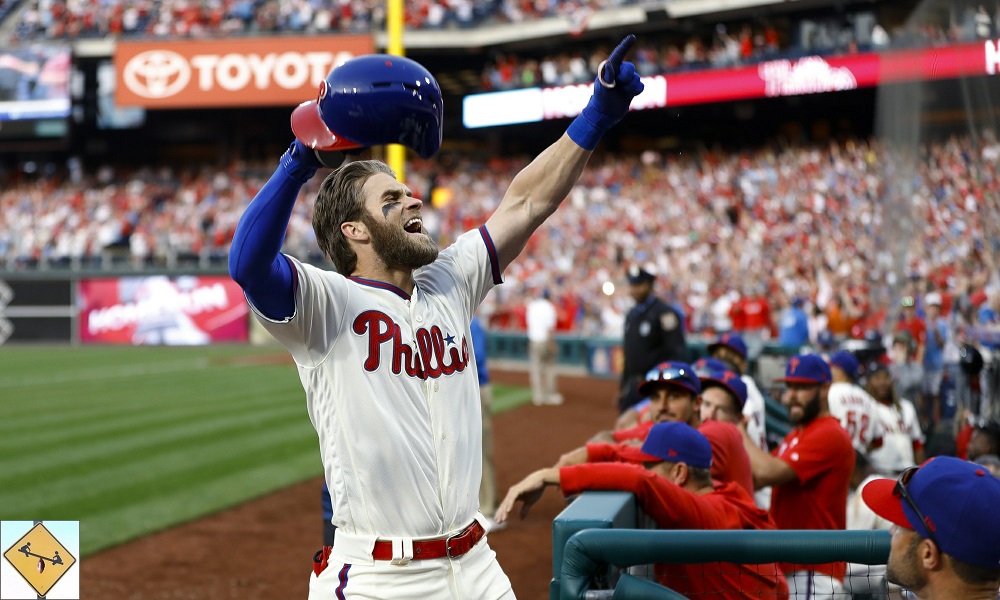 The National League was supposed to offer us a brutal fight to the finish, but instead the contenders are already dead. Will anything change as the MLB Playoffs 2019 approach? Does it even matter?

Labor Day is our final checkpoint of the MLB season before the MLB playoffs 2019. Despite the lateness of the season, though, the National League playoff picture remains pretty murky. Outside of the Los Angeles Dodgers, we have endless questions.

It appears as though both Atlanta and Washington will make the playoffs. That is an incredible sentence considering the start the Nationals had to the year and the numerous injury breaks taken by Max Scherzer in the second half. Despite that, they are only 5.5 games behind the Braves. Can they catch them?

The St. Louis Cardinals have an even smaller division lead; just three games over the Chicago Cubs and six games over Milwaukee. And all three are in the conversation for wildcard spots. Compare the NL playoff picture to that in the American League. Here, we find nine teams within four games of a playoff spot (including the division leaders).

The Mets, four games out of the second wildcard, are just two games over .500 and have a tall hill to climb. Are they realistically in the playoff picture still? Thanks to a mysterious formula, yes! According to playoff odds, New York has the same or better chance at making it than three different teams ahead of it in the standings. That’s incredible considering this team has lost seven of nine and still has series left against the Nats, Dodgers, and Braves. I suppose facing three bottom-feeding teams before the year is out also helps.

Do you see anyone unseating the top five teams? The tricky part, to me, is that the team with the weakest standing, the Chicago Cubs, also feels like the team with the most talent of anyone in this discussion. If we were to find a team to make a late hop up the standings, it would be someone like Chicago: an underachiever with talent to make a run. Maybe the Mets should also be considered for that distinction, but we already saw their second-half run, and it was only good enough to jump them into what amounts to ninth place in the NL.

After all the talk around the July 31 trade deadline being that this could be a wild finish in the NL, my bold prediction is that nothing ends up being wild at all. We won’t get tiebreaker play-ins, let alone multiple ones. We’ll just get these five teams and probably get the Dodgers in the World Series yet again. The AL is where real excitement lives.

It would be a major upset if the Los Angeles Dodgers fail to make their third straight World Series. That being said, what else does a National League team have to play for, other than a playoff birth? If the Dodgers are THAT good, which they are, then isn’t making the MLB Playoffs 2019 the highest goal an NL team can hope to achieve? This makes the final month of the season critically important, even if no team vaults up the standings.

Chicago falling short of the playoffs would be a major upset. Only the Diamondbacks have been surging, winning seven of their last ten games to get within 3.5 of the Cubs. The three other teams within 4 games of Chicago are all playing .500 or worse baseball, just like the Cubs. This indicates that little will change in the standings, because no one is winning much right now, outside of Washington and our division leaders. I don’t put much stock into remaining schedule strength if you aren’t entering September on a winning streak. None of our contenders are playing great baseball.

It pains me to agree with you, but its hard to imagine the playoff field changing over the final month of the season. Only one spot is truly up for grabs, the final NL Wildcard spot. St. Louis is not ceding the NL Central with a three game lead and their hot streak, 8-2 over their last ten games. This has truly surprised me, but maybe it shouldn’t. Maybe I should only be surprised if one of our contenders starts winning in bunches to catch the Cubs. Three games is doable. Six or more is not.

I give the Diamondbacks the best shot at changing the current playoff picture, although I wouldn’t bet money on it happening. Arizona sports a +75 run differential and just won 3 of 4 against the Dodgers. No one on their remaining schedule is great, but they do play St. Louis for a series. I’m rooting for some competition, so I hope the Diamondbacks catch the Cubs. But I also realize it won’t matter who makes it, because the NL Wildcard teams are a significant tier below the division winners.