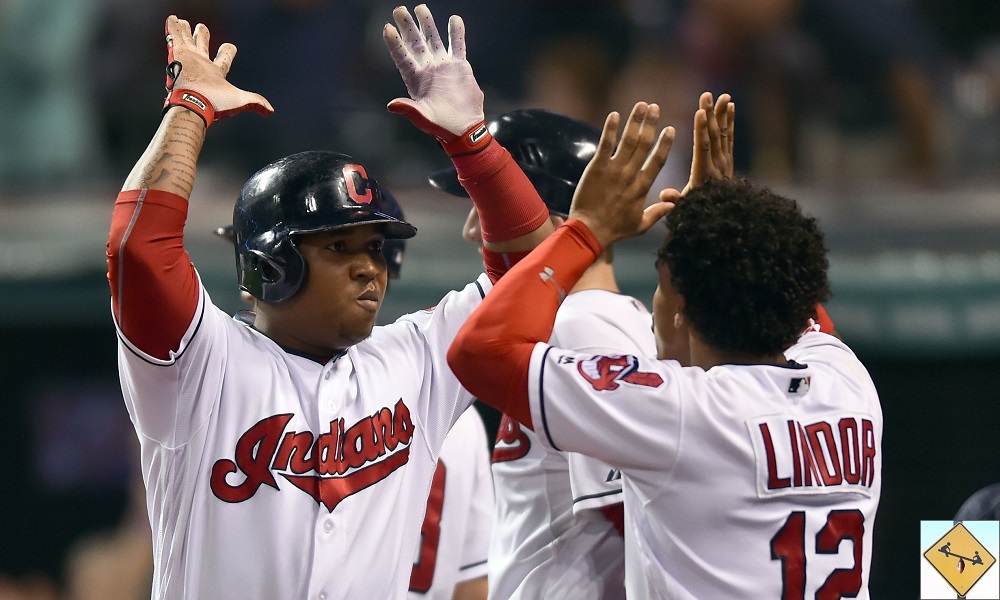 There are six playoff teams in the American League, but only five spots in the MLB playoffs 2019. We’re in for a HOT September!

Only about a month remains in the 2019 MLB season. This time of year, baseball gets overwhelmed and ignored thanks to the start of the NFL and college football seasons. But this is the most important run in teams’ seasons. October baseball only comes together thanks to good Septembers.

The playoff picture in the American League is nearly crystal clear. There are only six teams reasonably in the playoff chase, and all six have playoff odds over 50 percent, meaning each team is more likely than not to make the postseason. That works itself out perfectly…if not for the fact that only five can get in.

Cleveland, Oakland, and Tampa Bay are all neck-and-neck for the two wildcard spots. The Indians are the only one with a realistic chance at its own division title, so it will all come down to positioning between this group.

Oakland and Cleveland have had fantastic second halves. The Indians have been tremendous after a rocky start and oodles of injuries to key pitchers. After a setback for Corey Kluber, though, and a new injury to Jose Ramirez, it would be easy to pick against them yet again. It’s crazy to say, but even minus Kluber, Carlos Carrasco, and Trevor Bauer, Cleveland still has the second-best team ERA in the AL. Shane Bieber, Mike Clevinger, and Zach Plesac have become the new leading trio.

According to playoff odds, Cleveland has the leg up on both the A’s and Rays. That is certainly thanks to its reasonable shot at the AL Central title. At what point does everything catch up with it though? The team is already playing over its head, at least statistically.

Ramirez had finally turned his personal season around, only to go down. All-star closer Brad Hand has been getting blasted in August. Plesac has been great, but only at surface level. He is stranding a ton of runners on base, which could normalize. He has a below-average K/BB rate. His FIP indicates a pitcher that has performed more than a run and a half worse than his 3.40 ERA. So is Cleveland the team that started 34-33?

Are the Indians the team that went on to go 36-12 from that junction? After that, the Indians then went 6-9 heading into their series against Detroit August 27. I think the .500-ish club is more in line with this roster’s talent. And if they play at that level the rest of the way, it should leave them outside of the playoff picture come October.

My instincts tell me that Minnesota holds onto the AL Central title and Tampa Bay earns a wildcard berth. As for the Athletics and Indians, its a bookie’s dream scenario trying to bet on who gets into the MLB playoffs 2019. Since my gut instinct is torn between betting on Oakland’s consistency versus Cleveland’s history of success, I turn to the schedule and my favorite statistic for clarity.

The AL playoffs will be exciting, but September baseball may be even better. I love using run differential to determine which team is actually better, even if wins and losses say otherwise. All three of our AL playoff hopefuls are great in this area. Hell, even the Boston Red Sox are great with a +89 run differential. Cleveland sports a +92, Tampa Bay is also +92, while Oakland is +111 through August 27th. These numbers are significantly below the top three teams in the American League, but are still very good. More to the point, they shed little to no light on who will secure a wildcard berth.

When looking at each team’s remaining schedule, I’m looking for two things. Do they play one of the three elites in baseball (Astros, Yankees, or Dodgers)? Do they play one of the bottom feeders (Orioles, Tigers, or Marlins)? These are gimme wins and likely losses. Here’s how each team stacks up through September (remaining games as of August 27).

Finally, do these teams play one another? The Indians and Rays face off in a three game series. Cleveland also has six games versus Minnesota, which is noteworthy for the division race and the Twins dominance this season. Oakland also has six games against Kansas City, who is pretty awful. Where does the edge lie?

Since my instincts favor the Rays, the schedule then favors the Indians over the Athletics. Cleveland plays the MLB elite zero times, while getting six easy games. They also have nine head to head matchups versus their playoff competition in Minnesota and Tampa Bay. While Oakland must survive against the best in baseball, the Indians need to simply beat the very teams in this race with them. I want to pick the Athletics to make it, but Cleveland currently holds the cards. This is September baseball at its best.