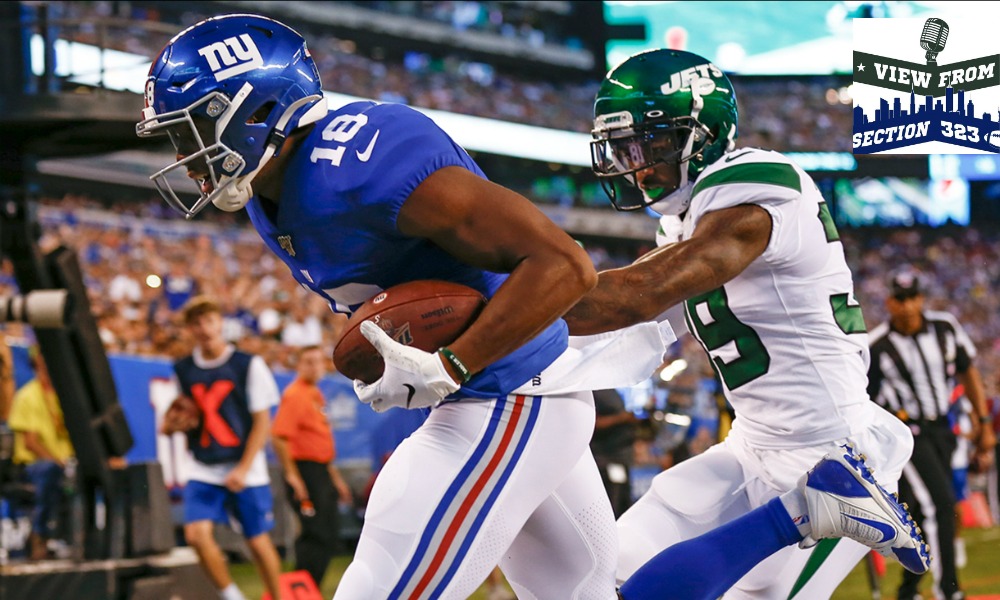 Season win predictions for the New York Giants and New York Jets. Plus week one vulgarity before kickoff! Its a fan-focused NFL Podcast, with attitude.

Phil and Bud predict win totals for their New York Giants and New York Jets without all of the political correctness your used to. Then they get riled up for week one matchups, because both the Jets and Giants start with major division rivalry games. The Jets BETTER beat Buffalo, while the New York Giants can actually steal a win in Dallas. Week one has arrived and its time to crack open some beers and get rowdy!

NFL fans are typically vocal, but these two New York fans are worse. If an inter-city rivalry exists between the Jets and Giants, then Phil and Bud are it. The ‘Section 323’ NFL podcast covers the entire league with a New York focus. Both their teams have potential this season, but how does the competition stack up? The season begins with major division rivalry games and their win total predictions.

Do you believe the New York Giants will beat Dallas, let alone have a winning season? Will the Jets get over the hump and make a playoff push? Both New York teams must win to start the year if they have any hope of success, because nobody has a harsher media than the Big Apple. Daniel Jones will be on the field quickly, if Eli Manning doesn’t notch a few victories.