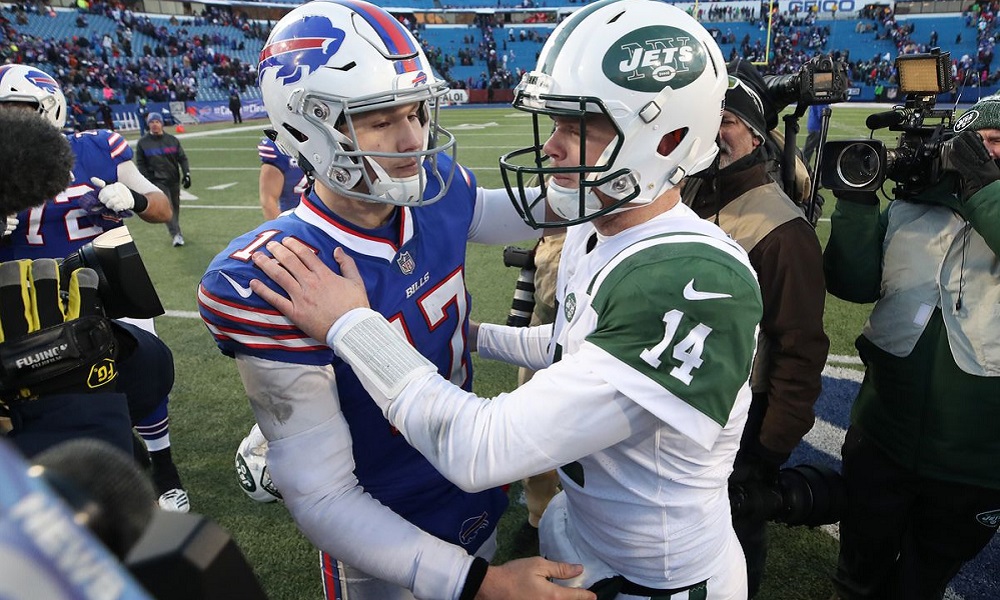 Its been a roller coaster ride, but the New York Jets made it to week 1 versus Buffalo. Who will win the battle of sophomore quarterbacks?

Call it what you want, but preseason football is nothing more than Pop Warner at it’s best.  The best players in the world only play a little, if at all, and the “scrubs” are working their tales off to make their dreams come true. NFL week 1 is where we get the good stuff, and the New York Jets might even deliver this season.

All of the pomp and circumstance ends this week when the New York Jets start their 2019-2020 season!  With a new coach, a new running back and a second-year quarterback, this team is poised to make the jump and become contenders.  But it all starts with a tough Week 1 matchup against the rival Buffalo Bills.

The New York Jets are coming off of another year of losing football that finally saw their inept head coach fired, and eventually their “money spending but cheap when important” GM leave right behind him.  New York split the season series with Buffalo last year, with the Jets eking out a victory a few weeks after Buffalo came to MetLife Stadium and completely embarrassed them.  If New York wants to make their mark and show the world that they are for real and this isn’t the “same old Jets,” they’ll need to put the petal to the metal and showcase their new offense starting now.

Both Sam Darnold and Josh Allen were drafted in the top 10 of last year’s NFL draft.  On paper, Darnold was the better quarterback, but both QB’s possess immense skills.  Allen carved up the Jets last year with his legs, rushing for 101 yards on only 9 attempts.  If the Jets want to win, they’ll need to put pressure on Buffalo’s second year QB and make him use his arm, rather than his legs.

Sam, on the other hand, will need to utilize his new receivers and make smarter decisions.  The Bills had the 2nd ranked defense last year in the NFL and they’ll be on the prowl again to cause chaos, forcing Darnold into making mistakes.  If he can get out of this game turnover free, the Jets win.

Here’s the deal, if New York’s offense can play up-tempo and put together drives like they did in the preseason, the Jets will score a lot of points.  The Bills defense will be good, but not as good as last year. Their offense is just so-so with no running game to speak of. An aging Frank Gore and untested rookie Devin Singletary don’t count.

The problem I see is that New York’s defense is filled with holes, especially in the secondary. Their Special Teams is nowhere near what it was last season.  If the Jets allow Josh Allen to beat them with his legs, it will be a long day.

The New York Jets offense puts up points that we haven’t seen from them in years, but the defense gets shredded by Devin Singletary and Josh Allen.  In the end, the Jets win a high scoring game 31-27. New York is 1-0 in 2019.