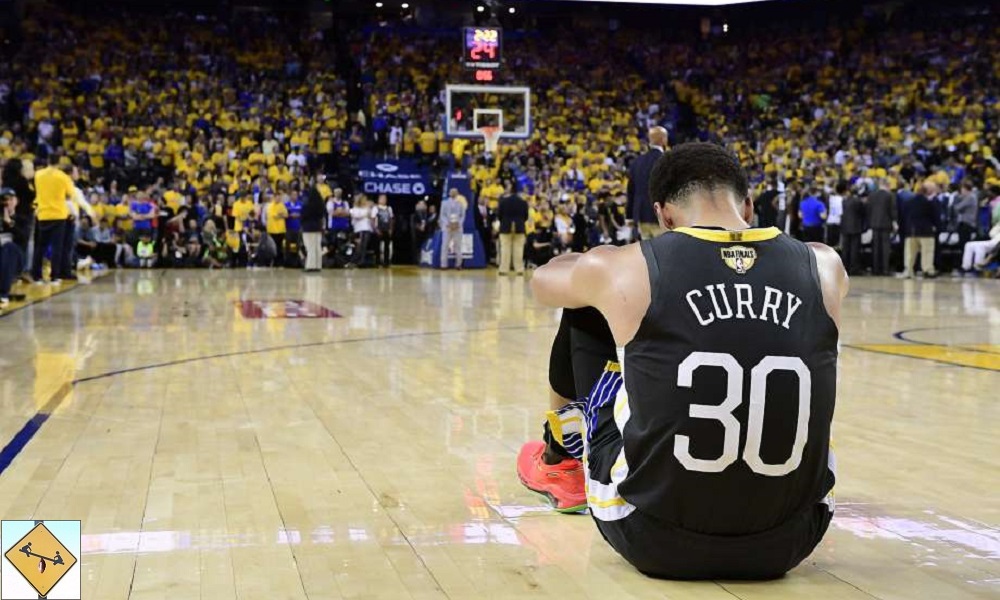 The Houston Rockets may be in turmoil, but their success is secure. One favorite is in trouble. The Golden State Warriors will miss the playoffs. NBA Predictions 2019-20.

Yesterday we discussed the Daryl Morey situation, but now we must address how it affects the Houston Rockets on the court. How do you foresee the Western conference shaking out? Have your feelings on the Rockets for the 2019-20 season changed? My answers may surprise you.

Last year, the top eight teams in the West all won at least 48 games. That octet doesn’t include the Los Angeles Lakers and a number of intriguing, young teams that could battle into the fray. Depending on how one feels about the ceilings of Sacramento, New Orleans, and Dallas, there could be as many as 12 legitimate West teams vying for the playoffs. Where does this leave my NBA Predictions 2019-20? Right now, only the Timberwolves, Grizzlies, and Suns feel out of the race.

That has to terrify a team exactly like Houston. This is an annual powerhouse who went through major offseason changes to its roster and now has off-court issues that could plague the locker room. Weaving Russell Westbrook into a lineup with James Harden is hard enough without having the entirety of the country of China furious at you.

As for possible new playoff teams, I really like the infrastructure in Dallas, but I think the roster is at least one more year away. The same goes for New Orleans being at least a year out from contention. With all the possible iterations of a dozen teams competing for 50 wins apiece, is it an upset to say I actually like most of last year’s playoff field to return? And my one change isn’t the normal dropping of Oklahoma City.

The Thunder have a better roster than people are giving them credit for. If no Chris Paul trade develops (which is plausible considering his contract), Oklahoma City has six very good rotation players, a handful of young players who could take steps up, and a smoothly compatible lineup.
With the Lakers pushing their way into a playoff spot, I do still need to remove one 2019 playoff squad. It feels wrong, but it’s going to be the Golden State Warriors. Hear me out.

Even in this year of paired superstars, Golden State has two stars and so little around them. The only problem is one of those stars (Draymond Green) is not a prolific scorer. He is a distributor and play-maker for sure, but he doesn’t create his own shot and is not a good shooter regardless.

The team’s third-best player, D’Angelo Russell, is trying to acclimate himself to a completely foreign environment that may not play to his strengths. The fourth-best player, Kevon Looney, is a rim-running finisher and not much more. And who even knows who the fifth player will be in crunch time for this squad. It is bleak.

Klay Thompson may return at some point late this season, but it won’t be in time to compete with a conference running 12 deep on quality teams. A bad week for Steph Curry or a jammed finger could be difference between 52 wins and 46 wins while sitting home in the spring. There is too little margin for error.

What’s going on in Houston should not affect their ability to make the playoffs, despite the Western conference being so competitive. The Rockets simply have too much talent to fall short of 48 to 50 wins necessary to get in. Golden State is certainly a different story.

A winning record was enough to make the playoffs in the West last season. So was a positive point differential. Neither will likely be good enough in 2019-20, because the Lakers are going to be significantly better. Golden State, Oklahoma City, and San Antonio will all be competing for those final two spots. New Orleans, Sacramento, and Dallas feel like a season away, but could easily make the leap. This makes it hard to argue with your anti-Warriors stance, but I’m taking another with my NBA Predictions 2019-20.

So many West teams got better, while the Warriors got worse. Are they great enough to overcome this turnover? I believe Stephen Curry is that great and will get his team into the playoffs, but one injury derails everything. LeBron James couldn’t do it last year for the Lakers, so Golden State missing the playoffs is not out of the question. I can see New Orleans squeaking in as well, which means another team is also staying home.

I refuse to ever sell the Spurs short, meaning the Thunder miss the playoffs this season. Chris Paul can no longer carry a team on his own. This is not to say that OKC is bad, but just not as good as the top eight in the West. Remember, a winning record will not be good enough this season. Winning 50 games might not get you in, depending on how bad the bottom turns out to be. Everyone can’t be successful, but perhaps the West sweeps the East in regular season play. Will that be enough to pad the wins column and keep a great team at home come playoff time?

Houston is in a pretty good spot, because James Harden provides the continuity necessary to succeed. Barring the firing of Daryl Morey, the Rockets can overcome this pre-season adversity and grow into a winning team. Clubs like OKC and the Lakers have larger hills to climb. A team like Golden State can’t really do better than last season, putting them in an awkward position. The Rockets can safely feel good otherwise.